So just over half way through August and its not been too shabby; birds on the itinerary ticked, but so far just tasters rather than the cup running over.

Understandably the Spotted Flycatcher were late, having only arrived towards the back end of May and as per, one managed to avoid being found all morning and then just suddenly appeared on a branch. With only two hands I had to wait till I had finished my reasonably priced breakfast in a bun and coffee from the Costa before I could countenance an approach. Needless to say it had buggered off before I got to the last mouthful. And what a surprise if Tuesday's female Pied Fly didn't just up and disappear after its brief perch in the Alex scrub. The hour or so of fruitless searching for that did give us another Reed Warbler, a couple of Willow, a Garden Warbler and an aerial dog fight between four crows and a Hobby.

Standing still seems to be the best way to see things, that or following Jono off patch before getting down to the serious stuff. The trouble is there is not enough time in my morning to cover everything - this is the time the patch becomes huge - so I alternate, tomorrow the SSSI (made easier by the fair being in town).

I think I am beginning to see a pattern. Avoid the SSSI first thing! Better spend your time down Long Wood or get to the Alex, that's where it happens early doors. At the moment.

Nothing had happened 'till I crossed the road and had just seen a stonking Lesser Whitethroat and a very grey Common Whitethroat, then I caught sight of something big perched in the brooms. Grey whatever forgotten I hoof it it off sun side to get a better look at the mystery bird.

As usual I get side-tracked by something else. This time something else in the form of what I first considered to be a juvenile Pied Flycatcher, some way off, being harassed by some Whitethroat. Looked good, not as close or as clear a view as Tuesday's bird, but then having tweeted it out and receiving a phone call from Mr Lethbridge ordering me to keep track of the bird (I had already lost it!) I then go and find a Spotted Flycatcher with enough white on the wing to make me think again. Hmmm turned over by another faux Pied?

Dan and Jono weren't too upset by only getting a spotty, not sure what the guy who came later thought when I tried to explain a decided lack of all things Pied Fly like, especially as his only view of the spotty was as it tipped it over the Esso Copse (that's not coming back any time soon, I mused to myself). Barry "The" Bishop and Next Day Keith were probably pleased enough with the juv Whinchat and a Spot Fly when it, or another showed back in Long Wood (judging from the photos below I think 2 birds). 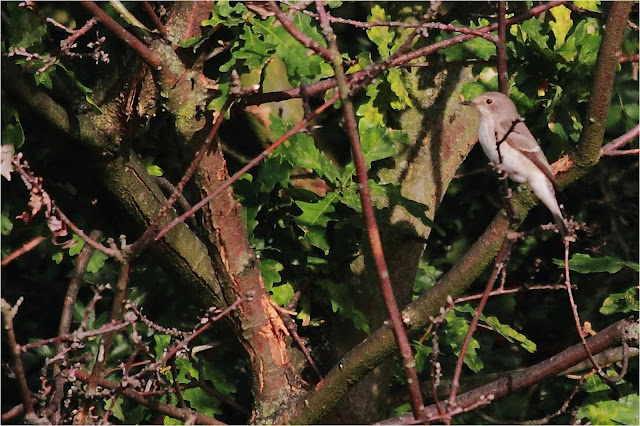 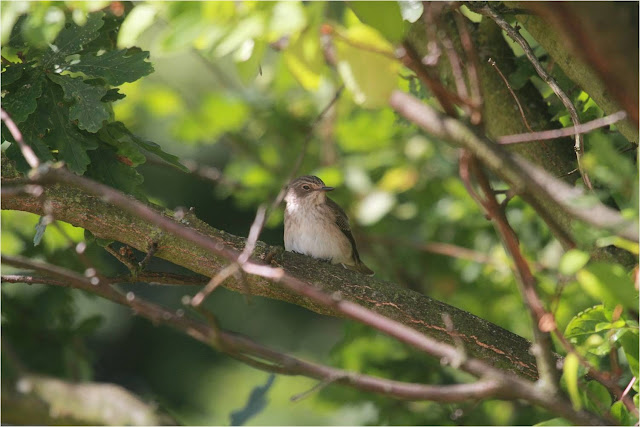 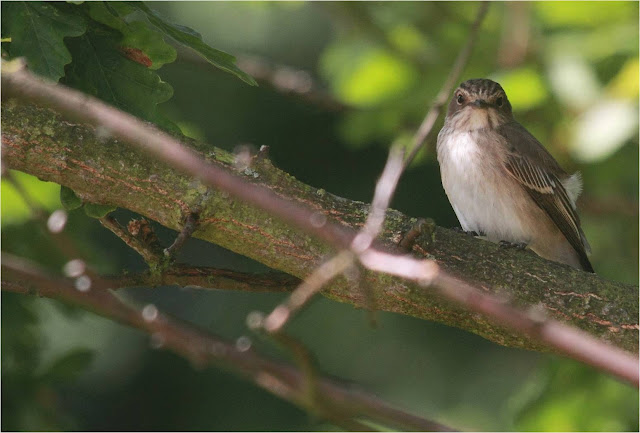 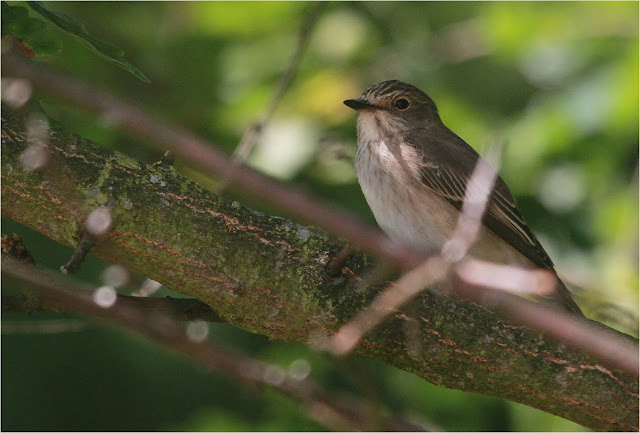 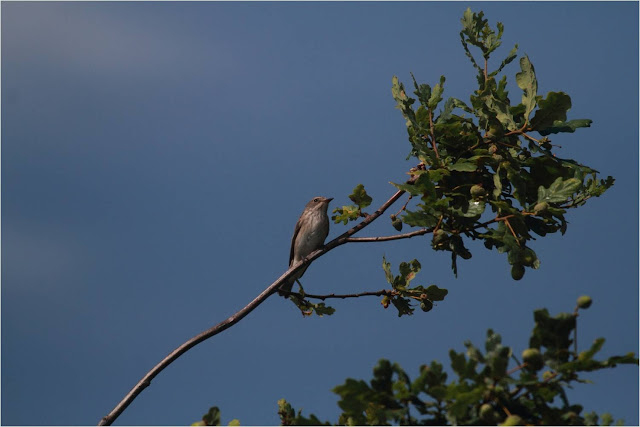 It's just started raining as I type this. That is good news. Can't wait to see what tomorrow might bring.
Posted by Nick Croft at Wednesday, August 21, 2013