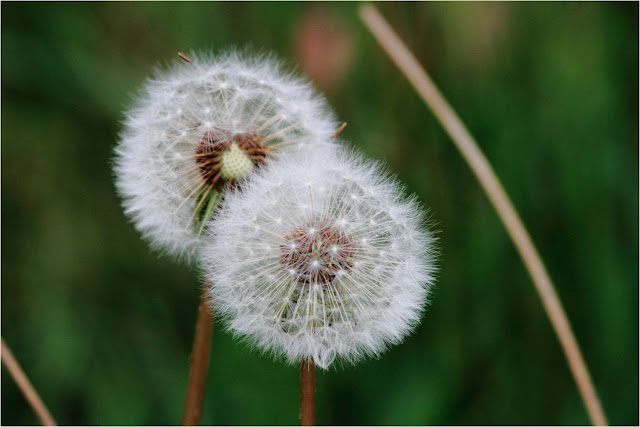 A bit of a curate's egg was May.  You keep going back thinking there will be good bits, but in the end the crap does for you. Strangely enough I feel un-perturbed about not seeing anything for the next few months, nothing is expected so it can't really disappoint, and with the patch is looking at its best it's actually very pleasant wandering around a bit and I can actually enjoy myself. 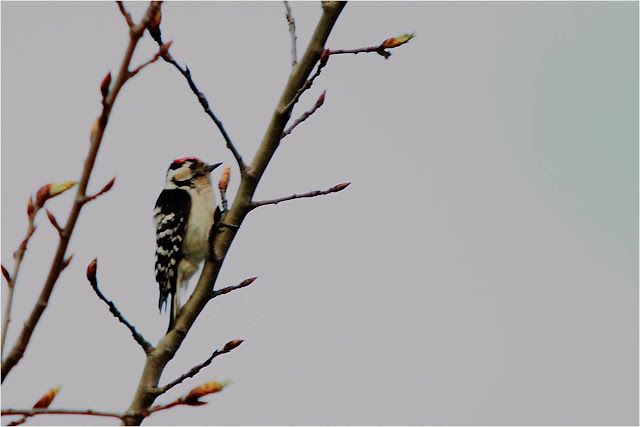 Felt like early spring for the most of the time, cold, wet, and potentially good for birds if they all hadn't gone through already, or weren't pitching up north of the wash.

Swallows were still moving through–a high of 50 birds west through the park before 09:00 was noted on Sunday the 19th (when I should have been ogling an eastern thrush, if it had only been there to be ogled), Sand Martin numbers have picked up and the House Martins have returned to their nesting site off the Aldersbrook Road. Swifts became dozens and then hundreds over both park and flats, a lot of the same birds, they move around a bit Swifts do.

The occurrence of singing Sedge Warblers made us start thinking of breeding birds, which knocked that straight into touch, more promising is the singing Garden Warbler in the old sewage works, but its hard enough to see him let alone any non calling bird in the foliage. The Willow Warbler sang for most of the month from the silver birches in the SSSI with a few other songsters popping up in the park, OSW and Bush Wood, they though didn't linger. At one point I counted seven Lesser Whitethroat singers on the flats alone, another one of those birds that's hard to pin down unless they are calling, but we have confirmed one nest site so far. Meanwhile the chiffies and Blackcap just get down to it. Strangely no Reed Warbler, I bet that'll change!

A few Wheatear and one male Whinchat made into the month, but it's only about 80 + days till they return, and as yet no sign of Flycatchers, though someone e-mailed Jono about a potential sighting in the copses where we've had spring birds before. Just one Yellow Wagtaill was recorded and as yet none have landed, and numbers have been lower than in recent years, again a national trend it would seem.

Jono got his first Cuckoo on patch, and a second bird was heard calling in the park a week or so later, we may have young ones lurking somewhere soon. Of the other summer migrants: a Common Tern flew above my head from Heronry towards the basin on the 15th, but was the only record for the month; our resident Hobby are back and could have already picked out a potential nest site, judging by the frequency of calls.

The only other new bird for the year was a calling male Lesser Spot on the 13th, hopefully it won't be the last, but again unless caught in flight or calling there's not much chance of seeing them.

The grebe failed again on Heronry, something obviously spooked the sitting bird and the eggs were taken.  They reverted to the original nest and looked settled and with a new clutch, only for disaster, probably in the shape of a mink, to strike again early in June with one of the adults disappearing and the remaining bird giving up the nest. Again it didn't take too long for the eggs to go.

Otherwise there are young birds all over the lakes: Greylag bred in the park for the first time, and it looks like most of the Swans got a brood out. Common Pochard, which I thought to should have all gone by now, have stuck around.  Mostly boys, but with one duck being seen on occasions, could they be nesting somewhere.  Tufties as always are late breeders, and then young suddenly appear as if from nowhere.

The only waders of the month were two Little Ringed Plover flying low over Long Wood on the 12th,  looking like they have been on the Jubilee before being flushed.  With new drainage going in on the fairground it looks like the end of the Police Scrape, so the new look Jubilee better be good.

While the Corporation go all out to trash bits of habitat and fail to make good their promises on the Skylark front, we can only wait to see what stirs from the long grass.  Three birds are still singing, but there could be others with more pressing business. The same applies to Meadow Pipit; at one point it looked like we would have 7 territories, now just the 2-3.

As for raptors, another Short-eared Owl (the 4th record this year) was seen early on the morning of the 4th by Marco (his first) and Bob; a high count of six Common Buzzard on the 6th from the park; one or two sightings of Peregrine, and last but not least the mystery bird seen mobbed by crows over Bush Wood towards the end of the month.  Too far off for any meaningful ID, I tweeted it out in the vain hope that someone could confirm or otherwise to the west of us.  London's number one birder was obviously not at his post. 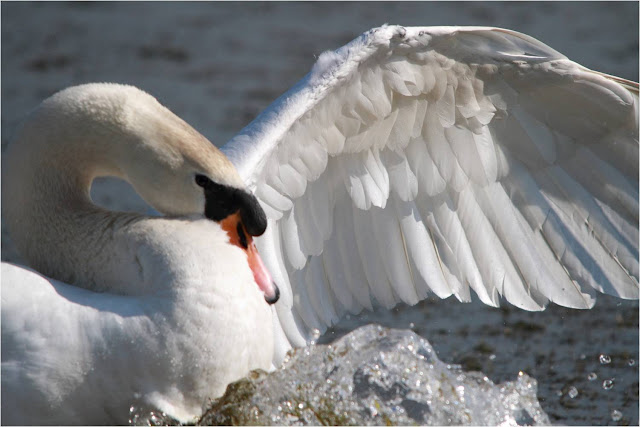 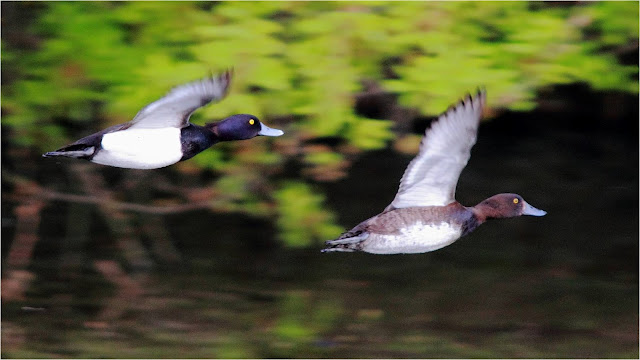 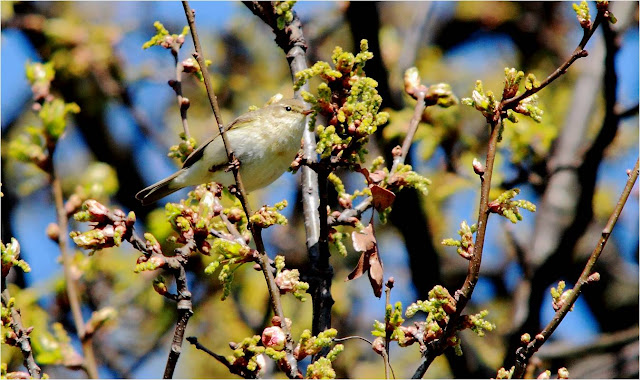 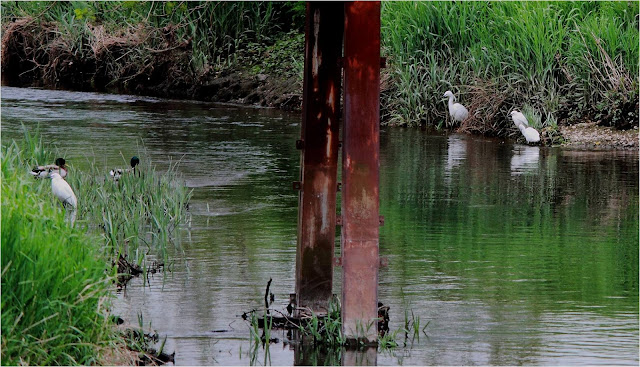 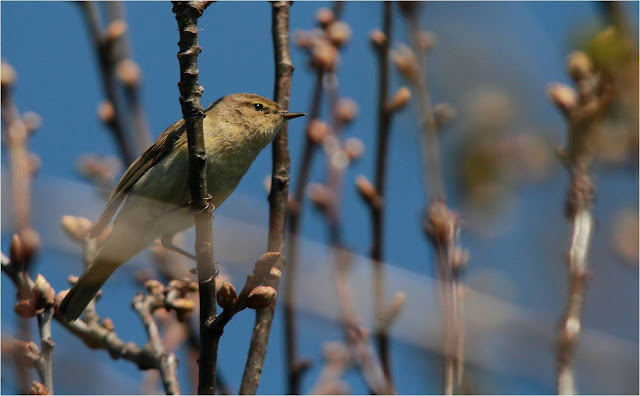 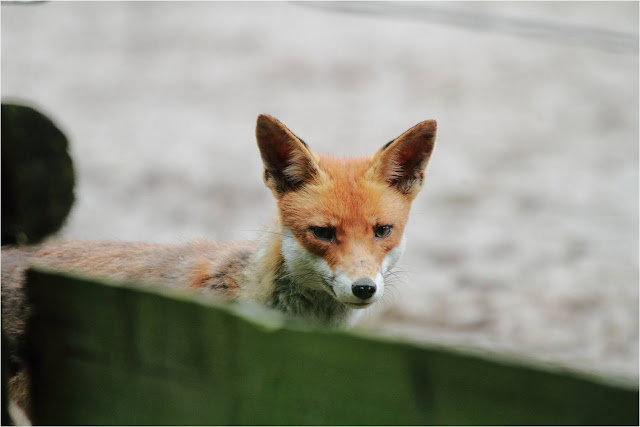 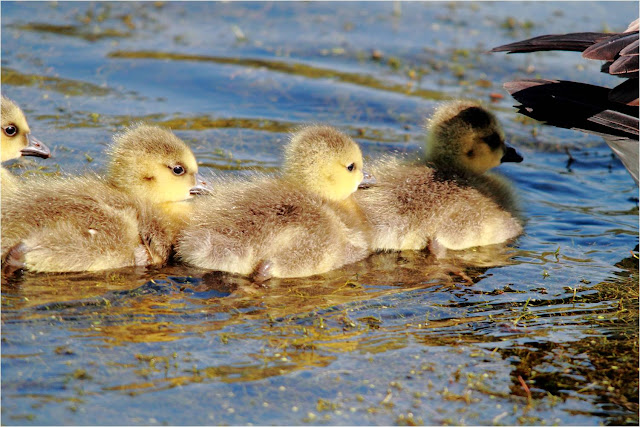 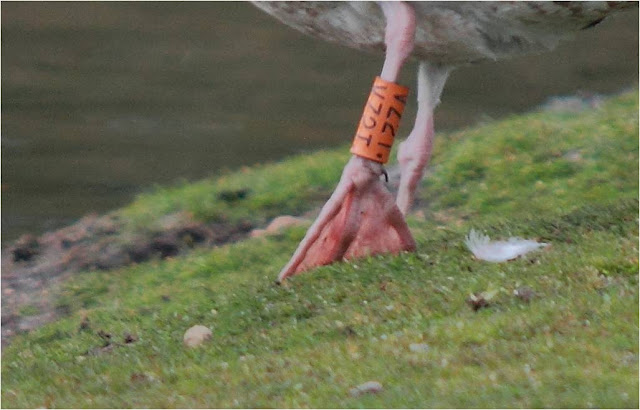 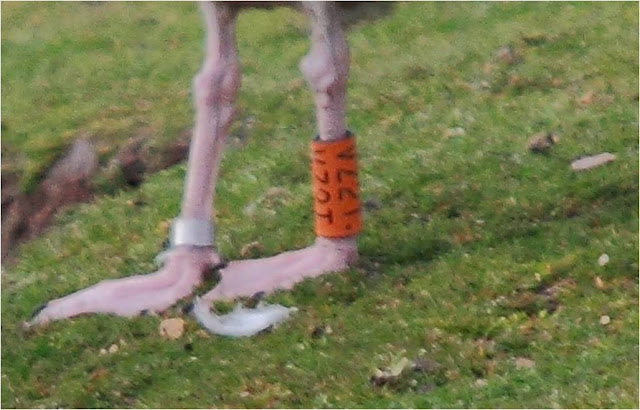 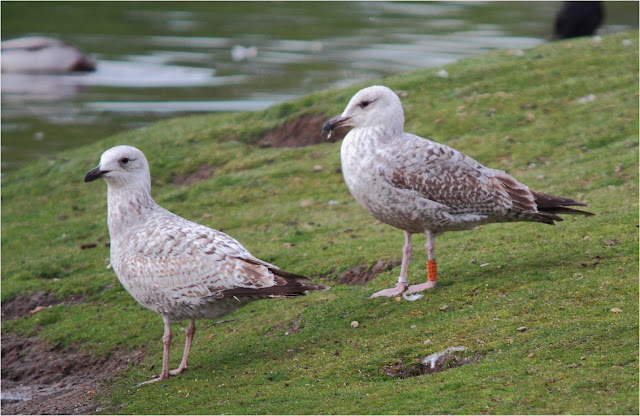 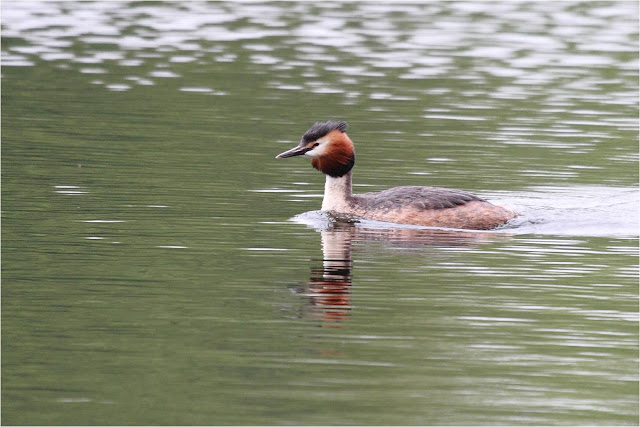 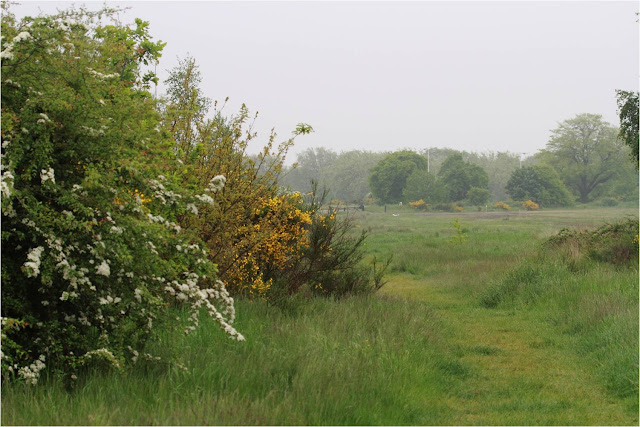 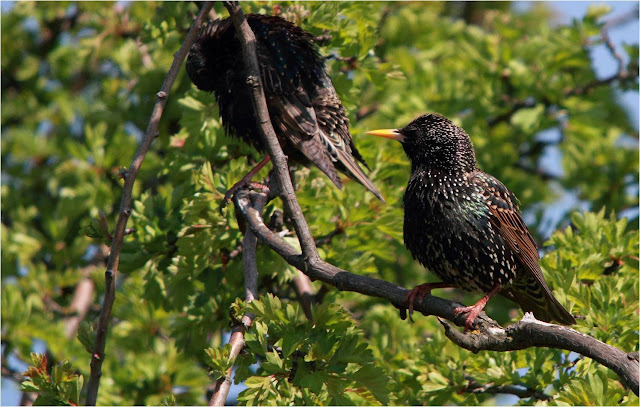 Wanstead Flats: Large buzzard-sized raptor circling high over Bush Wood, being mobbed by crows at first then west, straight flat winged with kink at wrist apparent sometimes, Kestrel, 3 Sand Martin, 3 House Martin, 50 + Swift, Lesser Whitethroat, Willow Warbler, 2 Little Egret north (Nick Croft). Flat wing! sounds like a Honey (Richard Francis). Was hoping someone on the Lockwood might have seen it and confirmed what it was! When it was avoiding the crows it did look somewhat owl-like in the way it flew (NC). 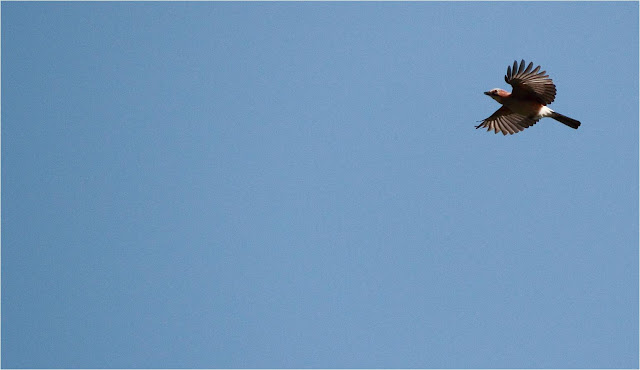 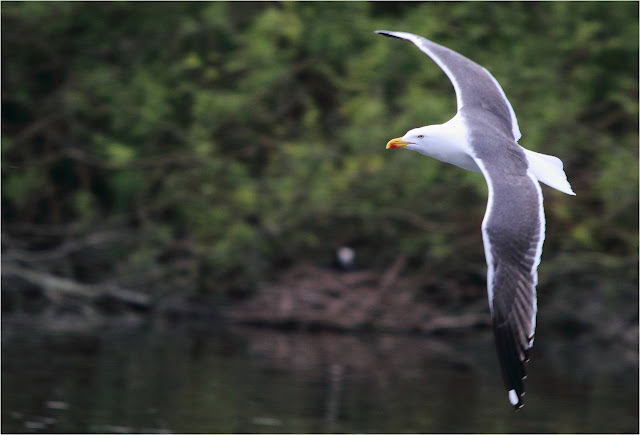 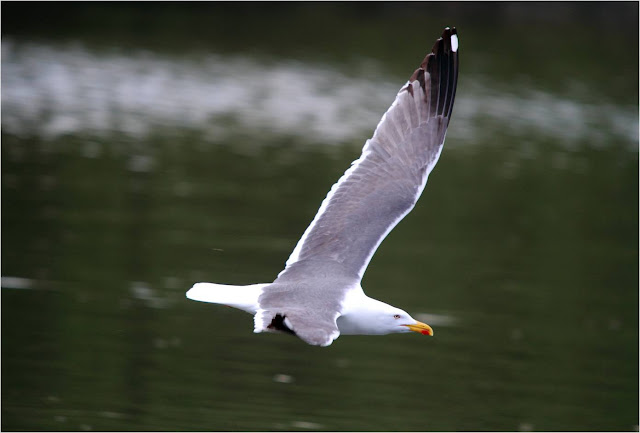 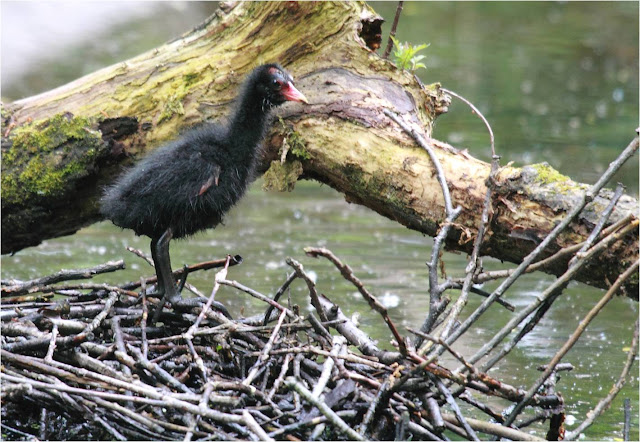 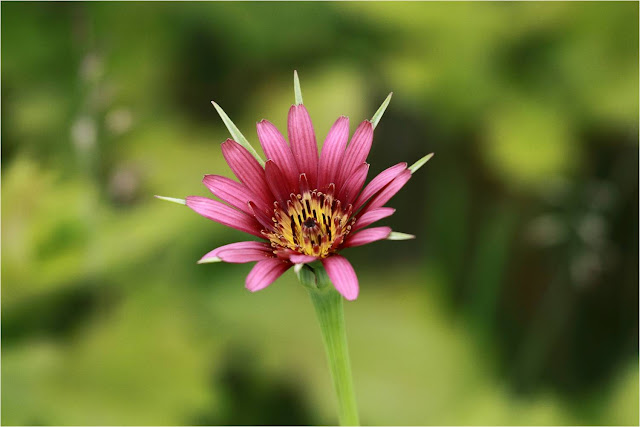