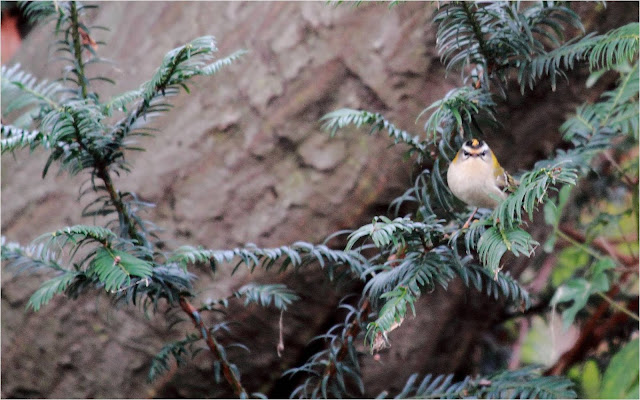 A bit late getting out of the pit on Wednesday I decided to change my route crossing the broom fields to centre copse and then along the little ditch that separates the two playing fields.  I stopped to practise a few shots at a male Reed Bunting feeding in the grass, pretending it could have been a rare vagrant.  While I was at it a waderish call came from behind me and disappeared over Forest Gate.  Saw nothing and I have no idea what it was, it just sounded waderish!

The bunting hid in the long grass, and I moved on towards Alex and the scrub that lies to the east of it.  At the back where the tall mature trees form a small copse, a flicker caught my eye.  A flicker that showed a rather nice white eye stripe. The Firecrest of the title.  Shouldn't really have some as a surprise, considering the City of London Cemetery if full of suitable evergreens, and maybe it was the same bird Jono got about a month back by the scrub to the east of Centre Road.  It didn't hang about and vanished while I was texting the news out.  I gave up looking after about half an hour and wandered back to the Alex.  Here I met "next day" Keith, who had come to look for the bird.  He thought he might have had it in the holly just by the lake, but he also said he might have just had a Caspian Gull on the lake where the gulls and Canadas wait to get fed. I persuaded him to show me his possible Caspo, which not surprisingly we couldn't find. Time up I left him and he went back to looking for crests. 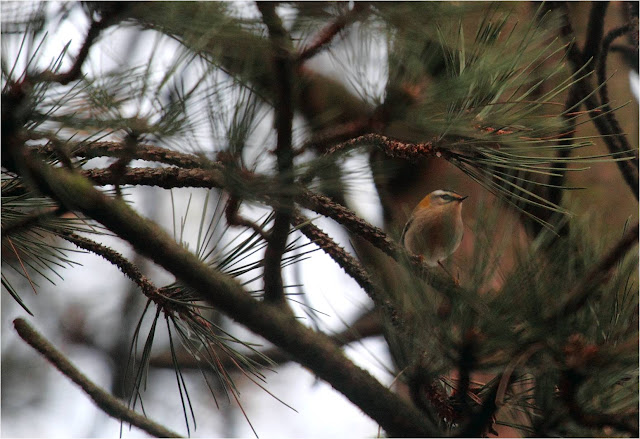 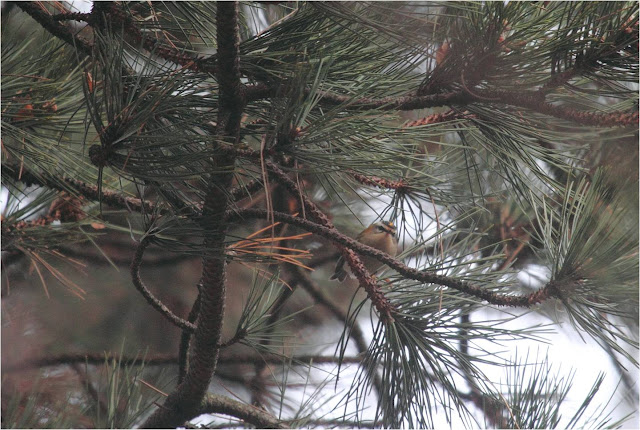 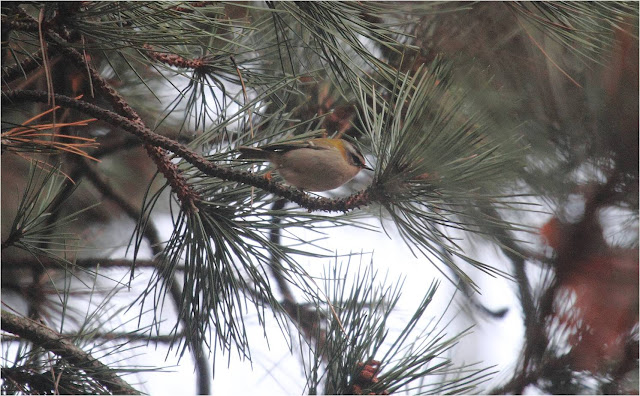 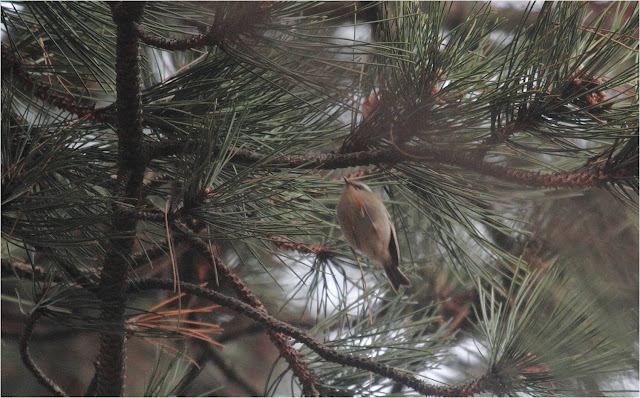 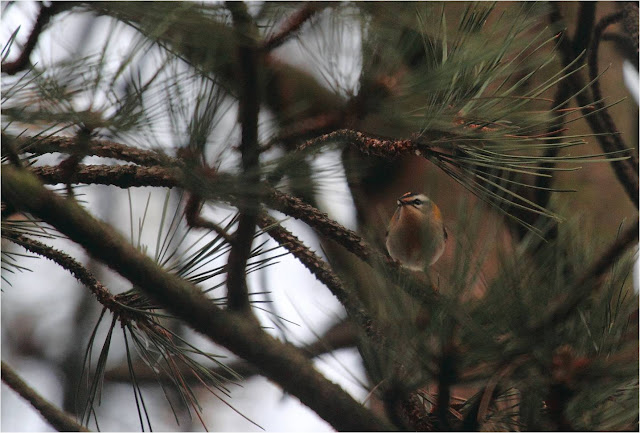 Today I met up with Josh and I towed him round the park, Old Sewage Works and back to the Alex, looking for sawbills or any other cold weather movement birds.  We had drawn a blank and were just going to search Alex's scrub for the Firecrest when it popped up in the self same holly Keith had been staring at the day before.  Josh by the way, another new birder for the patch, had discovered the Firecrest were back in Bush Wood towards the middle of November, and he's been a bit of a lucky talisman for me so it was only right and proper that he be there now.

220 shots later and the little gem flies off and we give it some peace. Now if it should stick around it may afford some very reasonable views, not like the ones in Bush Wood, which are much harder to pin down, but then with FCs popping up all over London, how many might be lurking in the evergreen world of the hereafter just across the road? 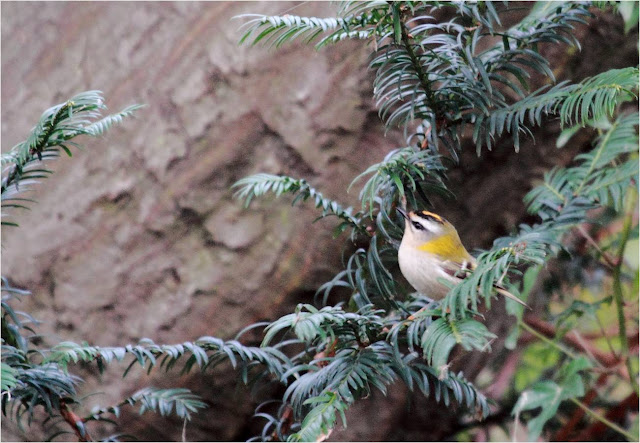 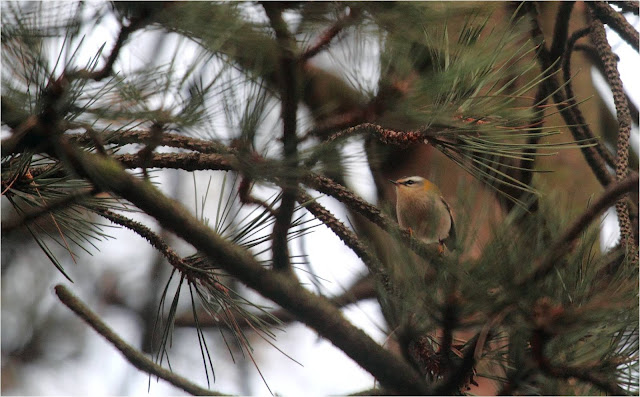 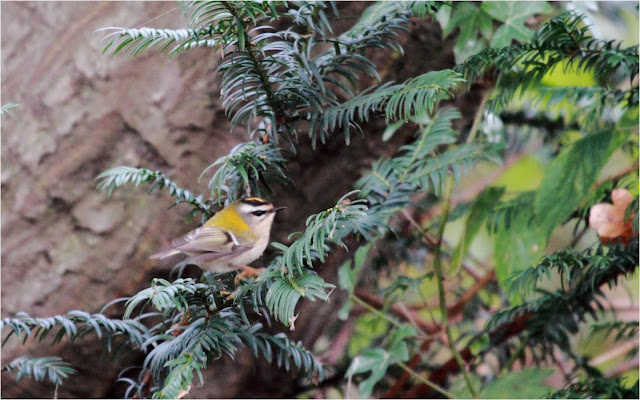