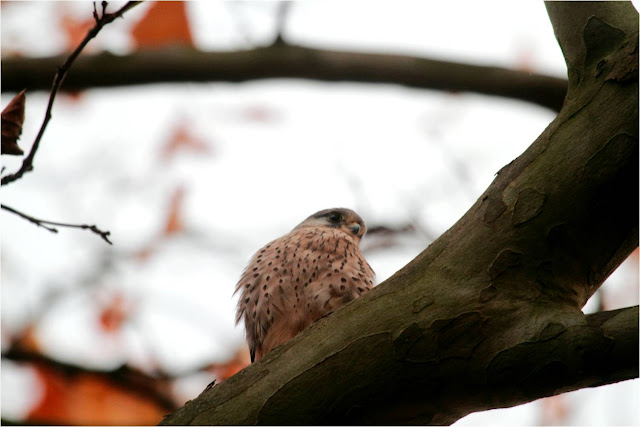 November is becoming a bit of chore, so today I thought I'd try something different, namely getting up for first light.  I would have made it to if I hadn't fallen asleep.  One early morning over the weekend and a lot of traveling meant I was still pooped.  I beat the sunrise, or what little there was of it sandwiched between the dark glowering clouds and the dark roofscape of Forest Gate.  Pretty nonetheless. 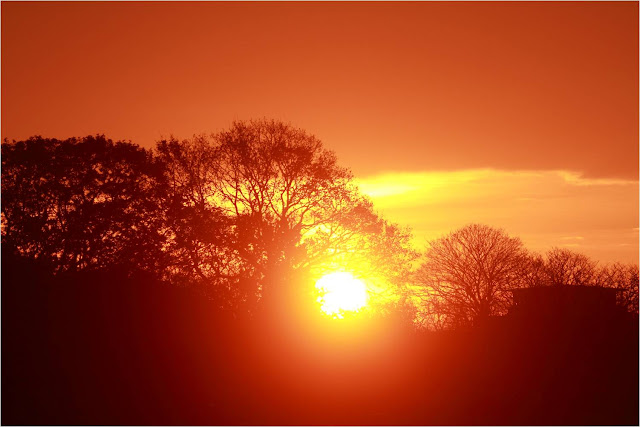 I was just observing my first Chaffinch of the day when it swerved alarmingly - a small falcon zipped through below it.  Like the studious birder I am I tracked the raptor (i.e. no pictures. Bum!).  Small and vigorous.  I assumed at this point it was a "small" male Peregrine, but on getting the bins to it I realised it was by no means beefy enough, and the wing shape not right.  The morning sun warmed the colours on its breast as it frenetically flapped and then glided towards long wood.  The back clearly not dark enough for Peregrine, the the moustachial stripe not as defined.  Clearly not a Kestrel, to me, clearly a Merlin.

On its way it had a pop or two at any passerine near its path before finally disappearing over the Esso copse.  My third on the flats, the other two being females from a couple of year's back.

It became quite a raptor morning, with 3 Kestrel and 2 or more Sparrowhawk getting in on the act - and there haven't been many mornings when that happens. 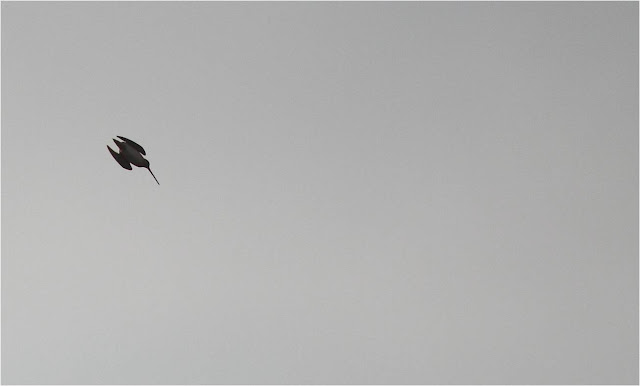 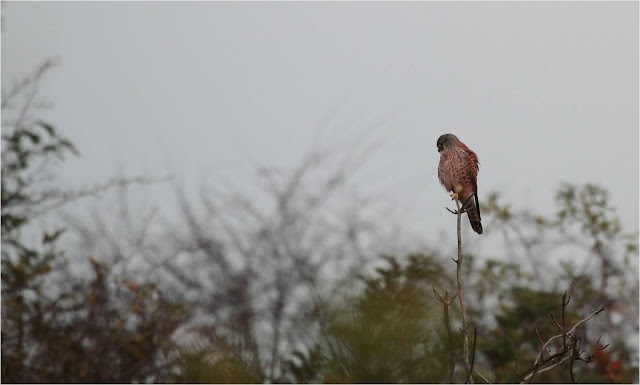 Bar that it was a fairly quiet morning: a Snipe over the SSSI, Little Egret too.  Only 1 Chiffy today and not so many Goldcrest in the birches and brooms on the west side of the road.  I check them out just in case.  Just in case the record of the Yellow-brow from the previous weekend can be confirmed.  The problem with all the really good stuff is that it stays where it makes land fall.  If a Melodious Warbler can find its way to Leyton then why not a sibe the flats. One day perhaps.

Tim did the webs count at the weekend and concluded that our Pochards are fast disappearing.  just a few weeks from a record count of around 70 birds we are down to around 10.  Gadwall are on the up with over 100 counted and Shoveler appear to be enjoying Heronry at the expense of the Alex. We need a change in the weather, not least to bring the Waxwing down from the north, but to get some early morning movement.

Might not get out so early tomorrow.  Not to say I wont try, but I know in a straight fight between warmth and my eyes closed and staring at empty skies all bets are off. 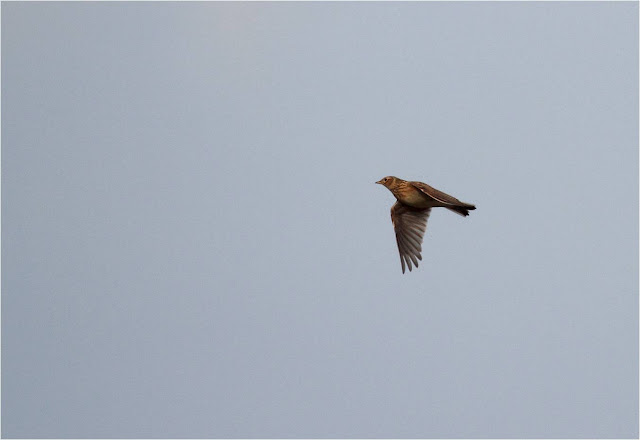