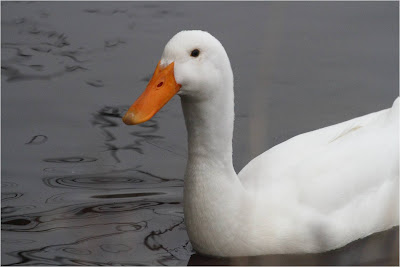 Duckzilla
Yesterday when all the shenanigans were going on in Wanstead, I was in camera; in a tribunal to destroy the cruel tyranny that is the leasehold system and its loyal henchmen; the landlord and the management agents. Needless to say we failed and these bastards will be around for a few more years yet.

While I was not able to answer my phone I could feel its desperate attempts to lure me out of the moribund place I was in, but it was only when I got into the pub that I realised what had been happening in my absence from the real world.

Only the 2nd Smew ever to appear on the patch. Distraught, I had to have a few drinks.

There was the slim chance that it would still be there in the morning. Tim was on the case and ready to be there early doors. I was determined to be there too, hangover permitting.

I could hardly sleep with the excitement/anticipation/trepidation, which is really stupid considering I had seen 3 birds just a couple of weeks previously up the Lee Valley.

Out at 07:00 and on the patch, I texted Tim to see if he was in position and ask him to report any disappointment couched in gentle terms, while I struggled across the ice field waste that is now the flats.

It was Jono that texted first: 5 goosander on the basin. Gosh! (or words to that effect) 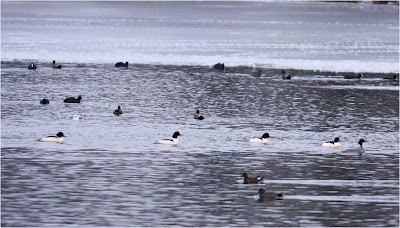 J Lethbridge
Tim had so far drawn a blank so I changed direction and headed warily towards the basin, via a cup of coffee at the Esso Garage. Fieldfare and Redwing were again moving in great numbers, gulls too with nowhere to settle.

As I approached the garage I heard a call of a plover, mixed in with that of parakeets. I couldn't see either. The call came again clearer and nearer, I was worried I was going to miss whatever it was (especially since I was pretty convinced it wasn't a Goldie), and even more worried that my befuddled head had somehow contrived to turn parakeet noise into plover piping. I got the Ring-necks and finally a plover bolted over Long Wood, circled and flew over my head. Black armpits, job done. 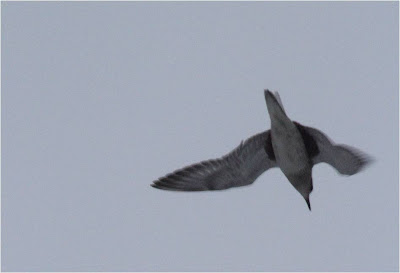 By now Jono had texted to say the Goosanders had vanished, I thought I'd still head that way just in case. However I spent the next hour chasing a mobile snipe up and down the only non solid water course in this part of the park, to ascertain whether it was our 2nd Jack or just jack. It finally ditched flying and showing its back and gave us some pretty close views as it tried to hide in the leaf litter. Unfortunately it was the commoner of the snipe, but it didn't half give us the run-around. 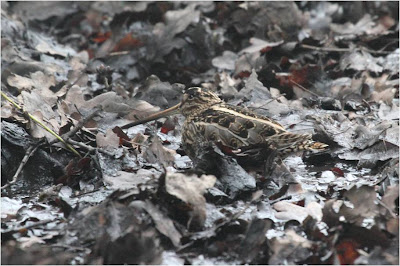 Tim put paid to giving the basin a once over, reporting back negatively for goosander. So onwards to the Roding and a Smew hunt.

I checked the northern reaches first, just in case it had moved up there while Tim had been searching for it, and on the off-chance of woodcock or anything really. Some Bullfinch in the old allotments (including 2 males), a feeding Kingfisher, some teal and a second Kingfisher on the way back. 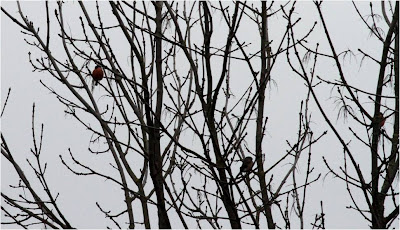 I approached the last bridge over the Roding thinking the Smew had legged it. But there it was at the bend in the river a couple hundred yards off. I reckoned there was a good chance I could approach the bird hidden and gets some good shots in without disturbing it too much. 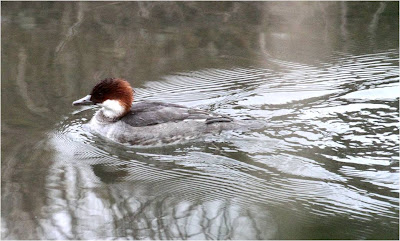 Pretty much what happened as it turned out. Apart from the noise of the camera spooking it. It flew north and my heart sank. I dawdled down the path to the old sewage works, the elation all but gone. Then another or the same duck flew past me again. Perhaps! 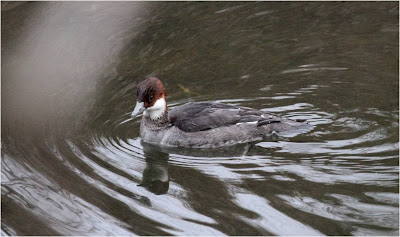 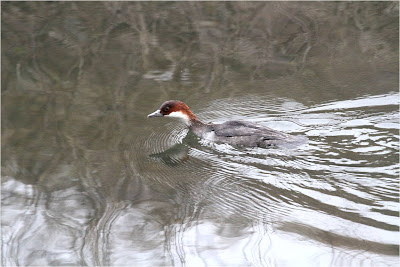 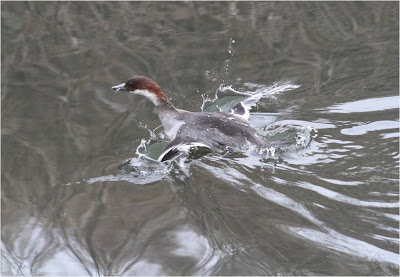 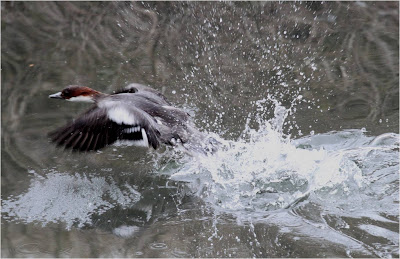 Oooops!
Jono texted me that, to my relief, he had refound the bird on an extended school run that afternoon. Meanwhile filthy twitcher Paul Ferris had managed to find a Goosander on the Roding somewhere south of the Smew. Things are bubbling up nicely. 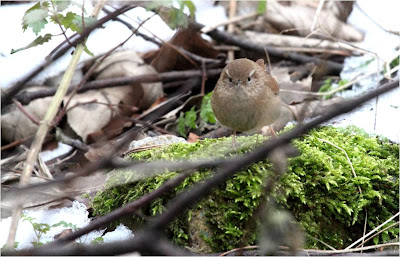