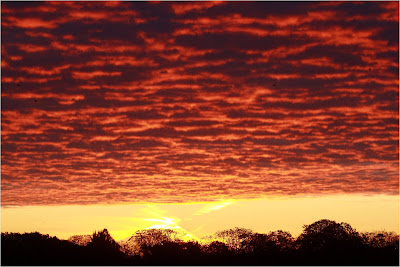 I am back from the Scillies. Horrible place: midges, birds I wasn't familiar with (life ticks apparently!), too many hills, cars, people, dogs and the weather was truly awful as well. But happily I am back on the flats now and although the Wheatear, Whinchat and most of the warblers seemed to have scarpered, and the ouzels didn't put too much effort in appearing it's visi-mig time.

I like visi-migging. It takes very little effort except that of keeping warm and there's always the Esso garage for coffee and a hot bite to keep your enthusiasm up. Last year was pretty epic, with large flocks of finches (including Brambling) and the occasional mega in the form of Lapland Bunting to look out for.

Halfway down the brooms there's a path that runs diagonally through the tall stuff. There's a couple of small hawthorns that birds like to perch in (last year a Yellowhammer obliged us by sitting up in the leaf free canopy - patch tick for Tim, and previously Stu's Dartford Warbler frequented its lofty position), this is where I like to stand. All around you have large amounts of sky, depending of course on whether the sun is shining or not. Birds appear to be funneled through between the park to the north and the housing estates or they fly along the edges of the flats to the north, south and west. This is what we think, however without being two places at one time, who can tell. 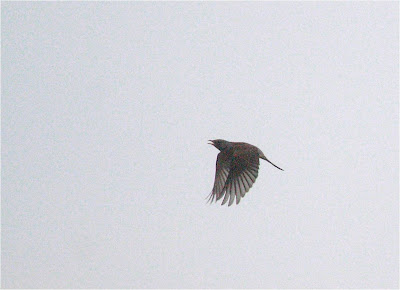 The best time is obviously just after dawn, while the traffic noise is still subdued and the dog walkers are at a minimum. For a great morning the wind has to be just right with preferably some cloud cover forcing the birds lower. This year there's been nothing but southerlies so the autumn like the spring has been a bit naff as most stuff has just shot through without adding an overnight stay.

Earlier in the month Meadow Pipit were still streaming in, now though it is the turn of the thrushes, the finches and Wood Pigeon. Today was Goldfinch day, not record breaking numbers, singles, pairs and small flocks. Yesterday it was Redwing, 200 and more of them, tomorrow it could something else, but always the Wood Pigeon. Tim counted over 1,000 of them feeding on the football pitches a week or so ago. Flocks of all sizes can be seen mostly heading south, but just to confuse things a lot of them turn around and come back, thus making any meaningful count of their numbers a tad difficult. So most of the time I don't bother. Come the cold weather their movements will more decided and the pencil guided across the blank page.

Always though there's the expectation of something special. Last week 2 Crossbill called as they flew over the Alex (OK I'd wandered off from the visi-mig viewpoint by this time: after 09:00-ish not a lot happens): Jonno got a similar treat vis-migging from his garden when 8 chupping birds flew north. Another day a Goshawk floated low over my shoulder and over Longwood (contentious - get over it!) lazy wing beats and close enough to make out the fine barring on its underside and its black cap, however not slow enough that I could get the sodding camera to focus on it. Arse! It later reappeared going south over Alex flushing everything in its path, on both occasions there was enough in the air, fleeing admittedly, to get a very good sense of scale. And to add grist to the mill (?) shortly afterwards a female Sparrowhawk was harried across the brooms by a couple of brave again corvids. 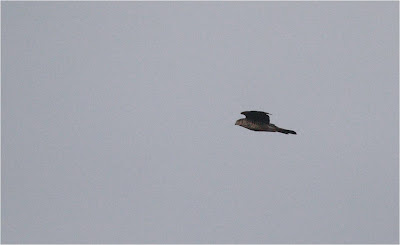 The small amounts of rain we've had over the last couple of days have brought us a couple of Blackcap and some Chiffies, whether they are migrants or just long-stayers that I've missed I can't be sure. What is certain is that unsettled weather is what we want. I've new waterproofs, wellies and a coat. The pencil is sharpened ready. 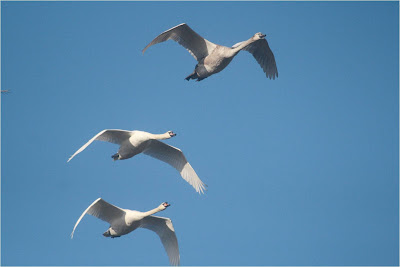