While we've had a few records of autumn birds, singing spring birds are a much sought after rarity and the bird in the SSSI didn't make it easy or comfortable for its appreciative audience. 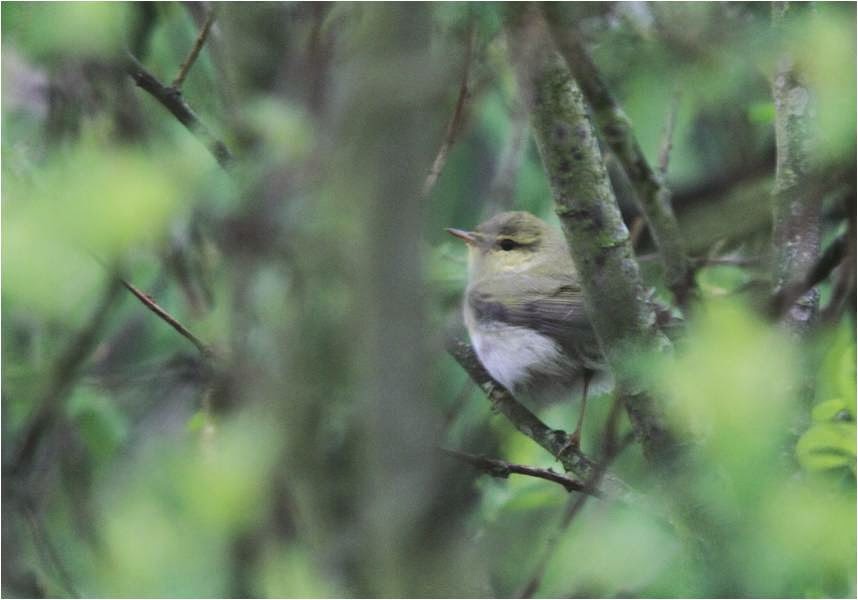 Tony's done us proud again.  Sloping off after a morning coffee with prime task of bagging the Garden Warbler back on its old haunt, he only goes and nails a singing Wood Warbler. Rare enough in London at the best of time, rarer in spring and only Bob has heard a singing Wood Warbler on patch before.

We were heading off to the Alex to find something good there–well it felt that kind of day–when he called.  We hurriedly back-tracked.  After a bit of a scare we all caught up with the smart bird singing intermittently in the increasing rain. 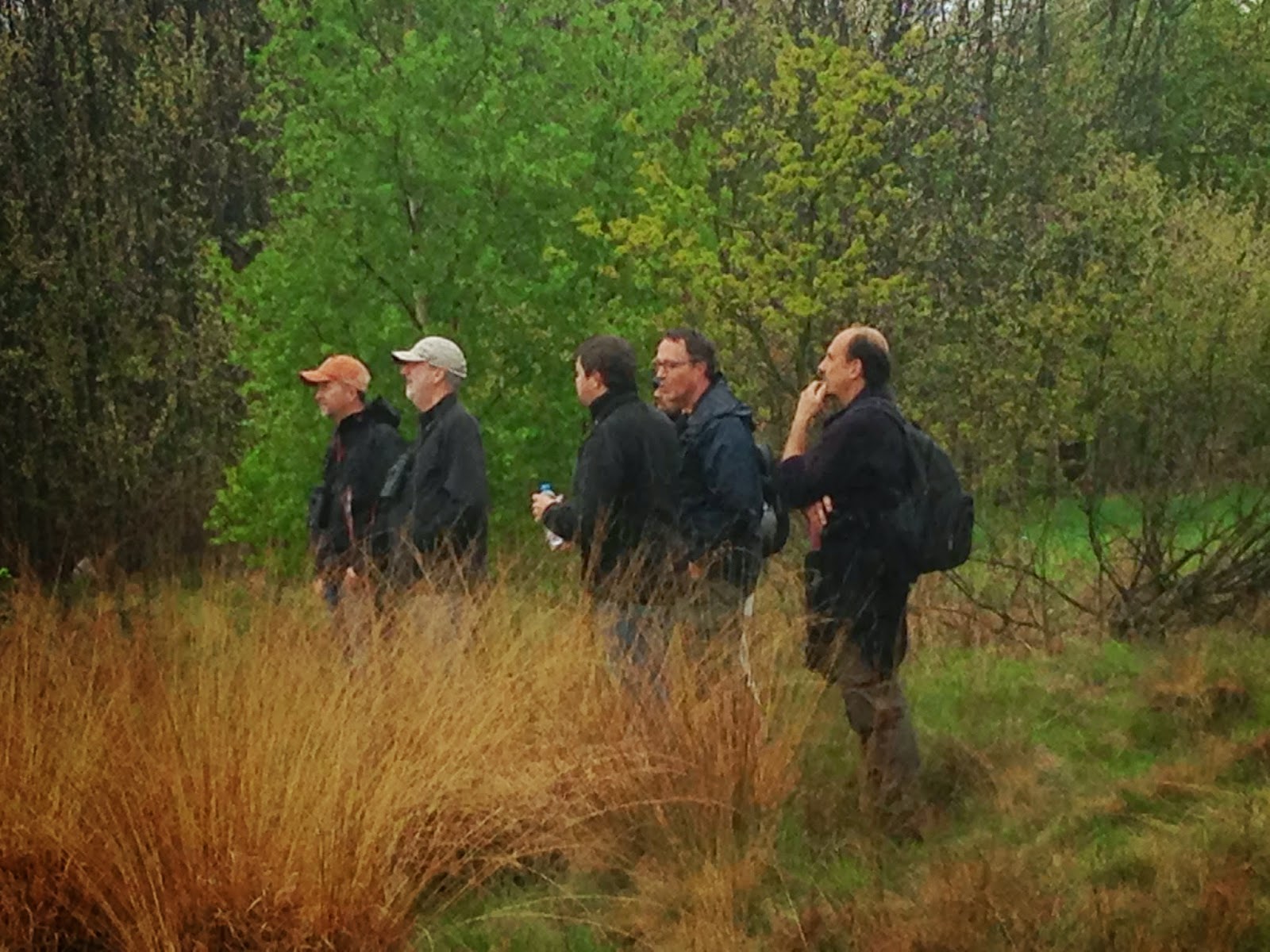 Tony B:  "Another self-found bird and a wonderful singing spring male in the SSSI. The soft trilling song cut through the rain and delighted the small gathering of rain soaked Wanstead patch workers."

For me it was a toss up between, this here warbler, or that other fine warbler the Nightingale singing in virtually the same spot 2 year's later. Either way they both evoke strong emotions of a world we are losing rapidly.

I was going to add that even the boys in blue turned up driving their jam sandwich up to motorcycle wood to twitch it, now that doesn't happen very often!