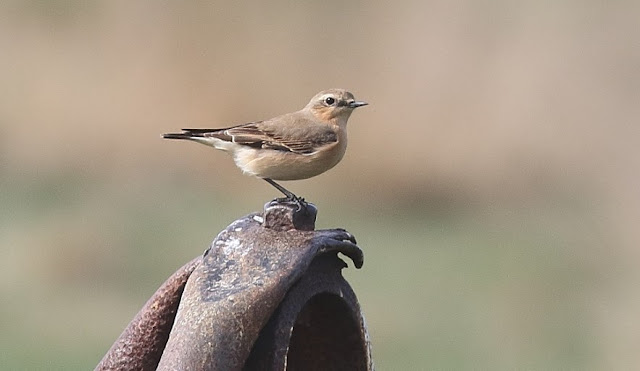 With the addition of a Whitethroat and a surprise male Brambling, we have reached three figures, and in the second fastest time, which sounds quite good.  How much better would it have been if the weather had been kinder and I hadn't cocked up the Redstart last week–we hoped a visiting birder had relocated that by Long Wood, but several hours of watching has revealed nowt! 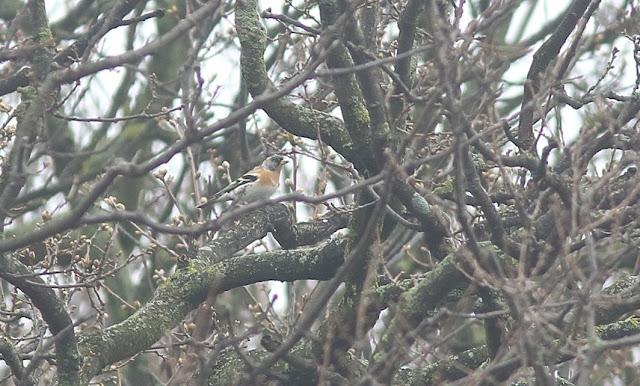 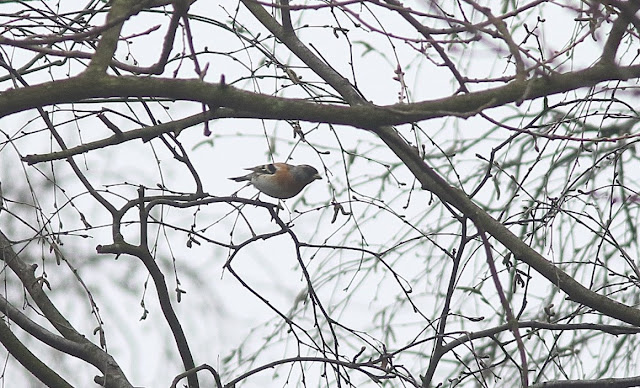 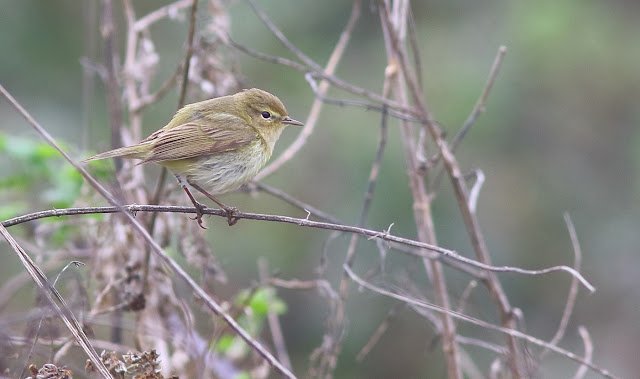 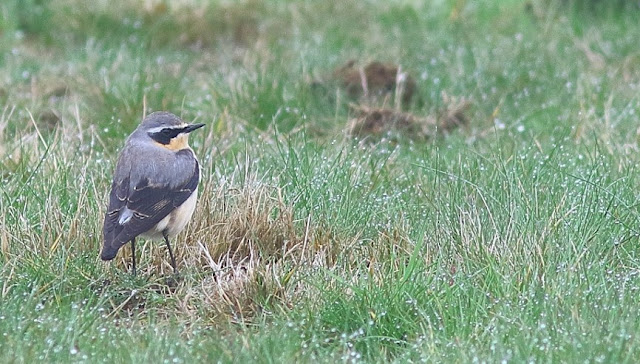