Probably the best week we are going to have this autumn: a true mega, some filthy weather, a fine denouement. Totals of Whinchat, Wheatear, Spotted Flycatcher just about more than the sum of August.

Obviously the Ortolan stole the show and that's when we got truly lucky. the morning was grim, low cloud and not much light–to emphasise the point I'd been trying to take a photo of the Wigeon on Alex (yay clawed that one back), not too distant but shutter speeds meant impossible to capture without playing around with settings,and I don't do that!. Ten minutes later when I picked up the call the light was not much better. Clearly from the photos its an Ortolan, my initial views were anything but as straightforward.  I considered OB and checked on my Collins and Bird Guides apps, none illustrated Ortolan in anyway that would have helped with my ID.  OK the bird would have been very slim for a Corn Bunting and the bill not as massive, but the feint marking on the head and breast pointed that way.  When it hoofed it up to the trees I thought the game was up as I stood waiting for about 30 minutes for it to reappear.

Then having met up with Barry Jones he confirmed CB ID, with many of the same caveats as myself.  Sadly when "Tenacious" Bob and "Sick Note" Lethbridge turned up, there was no sign of the bird.

Later on the verge of giving up and heading for home I got a request to go help a friend with a powerpoint presentation.  By that time I was exhausted as the grim had given way to heat.  I thought to get a definitive number on the Whinchat as I made my way back to the north side of the flats. Of course the bunting decided to make a reappearance now!

I left it to Tenacious B and Sick Note to find it again, which they did and with pictures.  It was only when these came back on twitter that we could see what we'd got, though views on the back of the camera were leading to some raised questions. 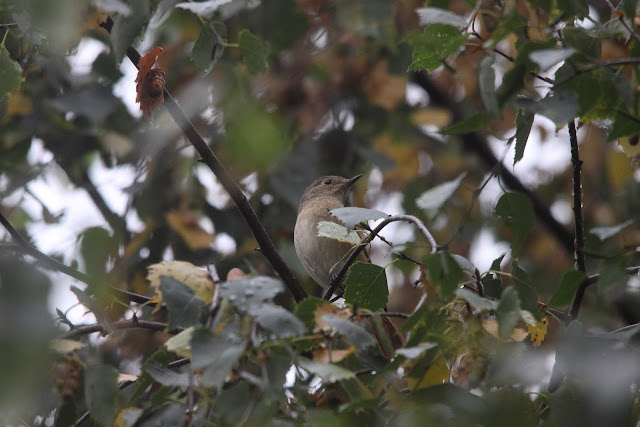 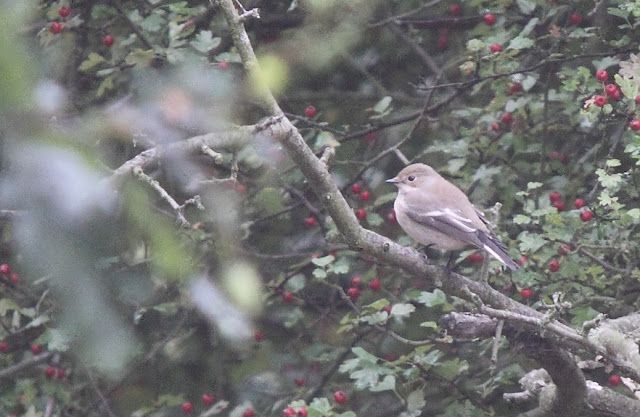 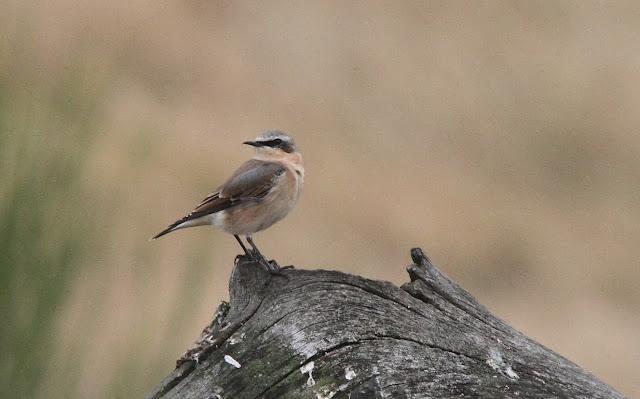 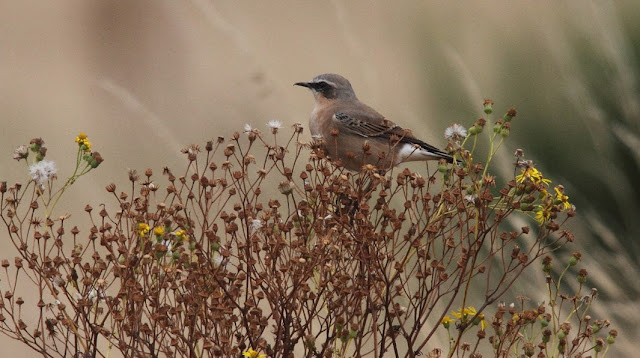 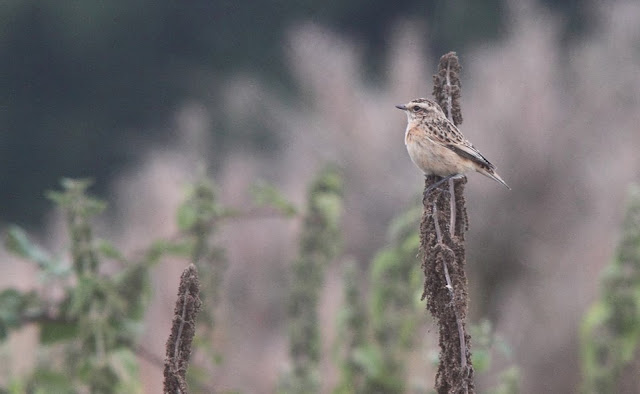 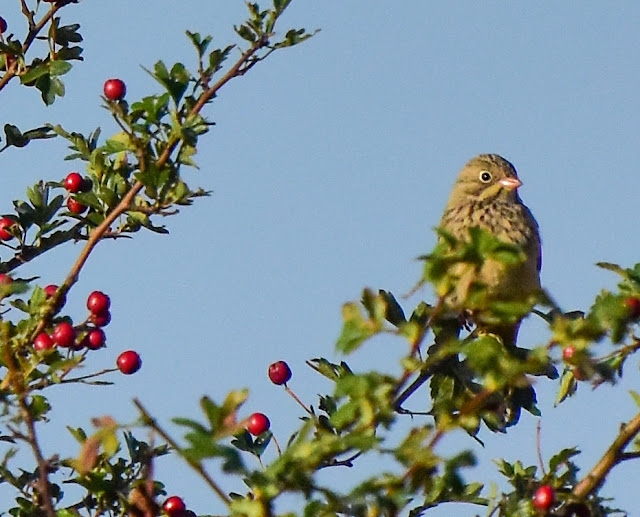 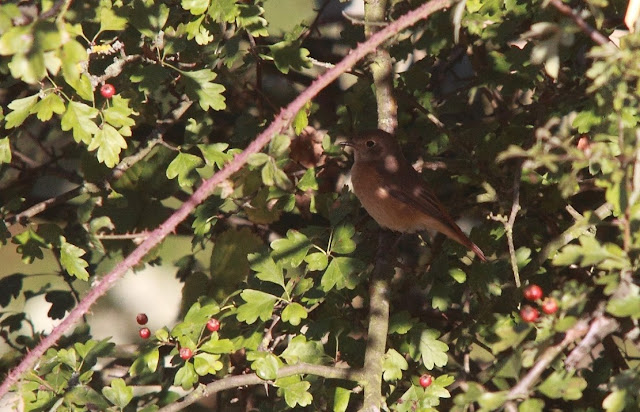 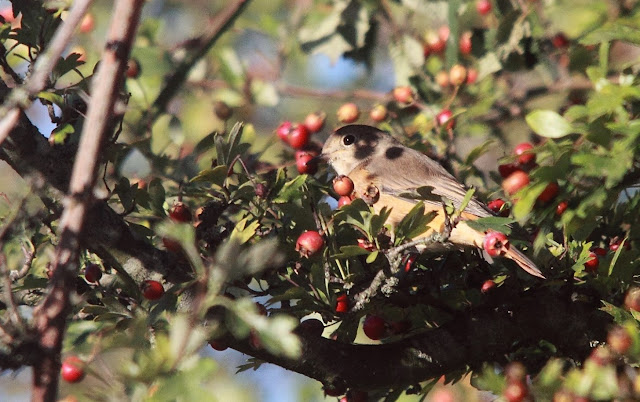 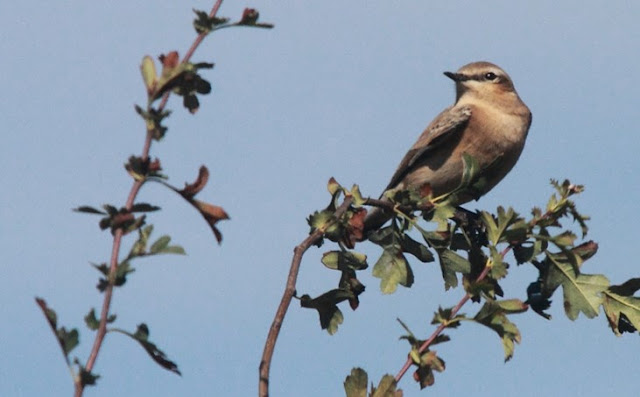 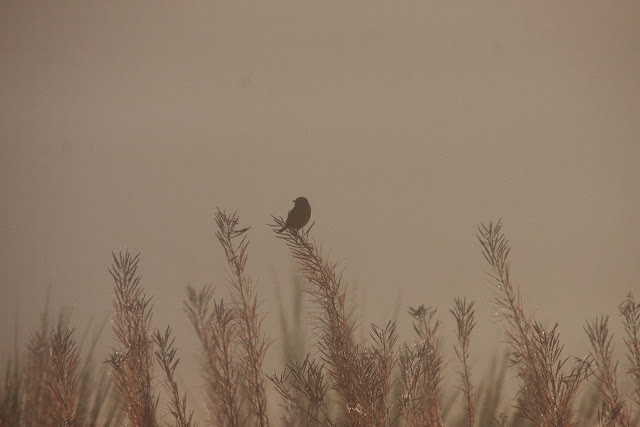 
Saturday was a bit of a wash out when I finally made it on to the patch, but it could have been so much better as I got what sounded spot on for a Barred Warbler alarm call coming from a thicket on the north side of the SSSI. Bob and I spent a good while staking the place out on Sunday morning for nothing positive, but there is still time, before most of the Wanstead Birders head off to Shetland, for another mega.