Return of the wanderer 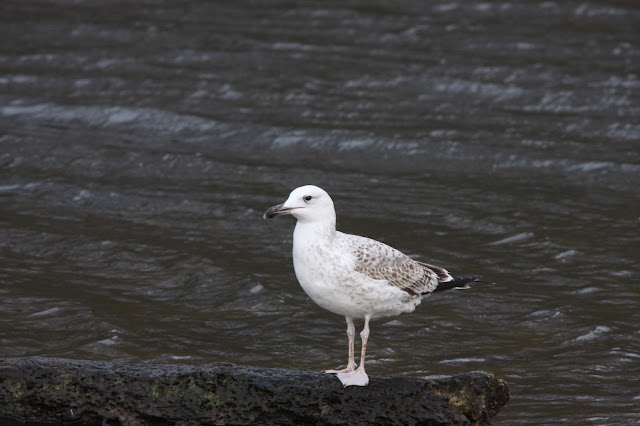 Wednesday saw me and Bob meet up just west of Cat & Dog where he found me stalking the Stonechat.  It only appears in shitty weather and then it favours the brambles and rough grass near the changing rooms.  Having exhausted my patience we wandered via a coffee to the Alex.  that means gulls, and there were a lot of them today.  And when you get a lot there a few that make you think: "I know it's a Herring Gull but... ".

An adult today took my liking: small beady eye, long parallel bill, darkish mantle.  It departed pretty sharpish as we discussed it's merits.  There have been a few that would have been good for Yellow-legged over the last few weeks, except for the fact they didn't have the requisite leg colouration. We went of track to chase down a few more interesting larids, which  all scarpered leaving screaming Common Gulls and Black-heads which really didn't didn't do it for either of us.

As we moved back towards Alex, one bird shone from the far end of the lake. We moved in.  Obviously neither of us could remember our Caspian from before Christmas as neither of us called it, erring on the side of caution. Last night though I stumbled across a few pics of the bird, and well they looked pretty spot on. Early next morning I texted Bob what I thought.

He called me just as I was approaching a patch of loafing gulls on the way to Alex. As he did, what looked like the Caspo rose and headed towards Alex.  It was there floating around when I caught up with it.  This time I would make sure my camera was steady. Bag down and crawl.

I phoned him back telling him it was indeed here.  Having done my duty I was about to start firing off shots when everything went up and the bird disappeared round the back of the islands. Shit!

Luckily it was still there standing on a log and I managed to crawl to within 20 feet or so. Covered in goose shit and 150 frames or so later I got up to find Bob behind me.  Hive fives for a job well done.  Even "Sick-note" Lethbridge managed to drag his car round to gratuitously year tick the bird.  Missed the Skylarks he needed as they flew over his head though didn't he? 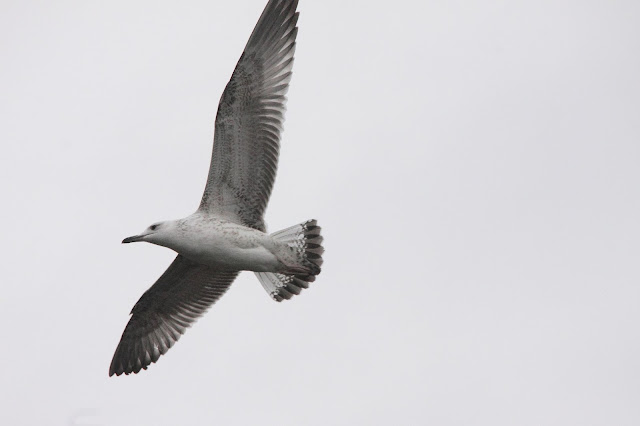