Apologies: the following contains images of a young gull

Having managed to flush a Snipe for Bob and pointed him in the direction of a singing Song Thrush, I wandered off to check on the star bird. The grebe was diving off the western end of the island towards the centre of Heronry and I thought he wont be up for some pics any time soon so carried on towards the tea hut.

While I counted the few ducks left on the water a Kingfisher popped up in the overhanging branches net to the gorse bush. Not at all bothered by my clumsy attempts to retrieve my camera from my bag, my incompetence at its use, it fished and carried its catch into the thicker stuff where I could just make out its dispatching of its quarry. 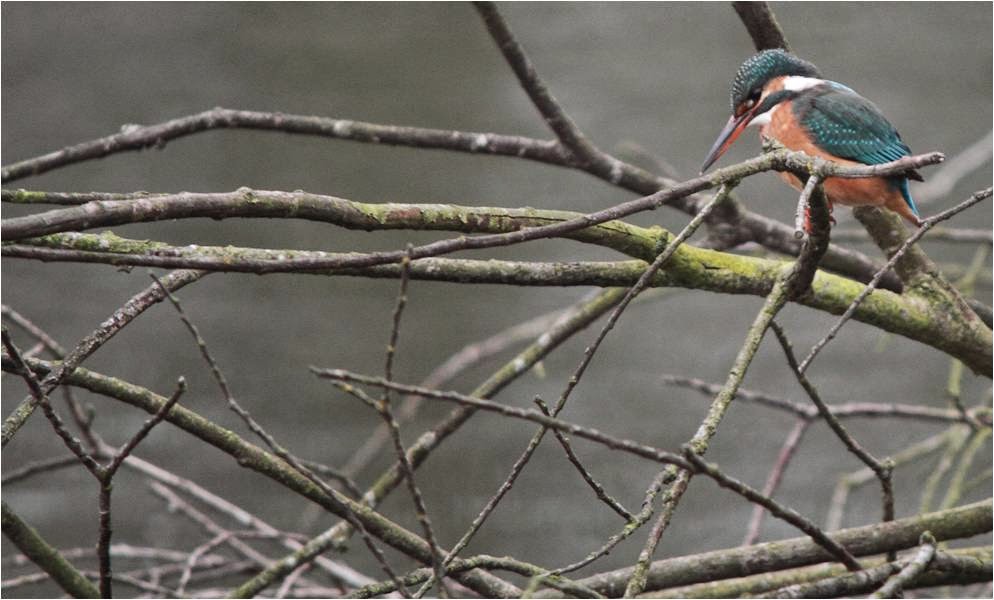 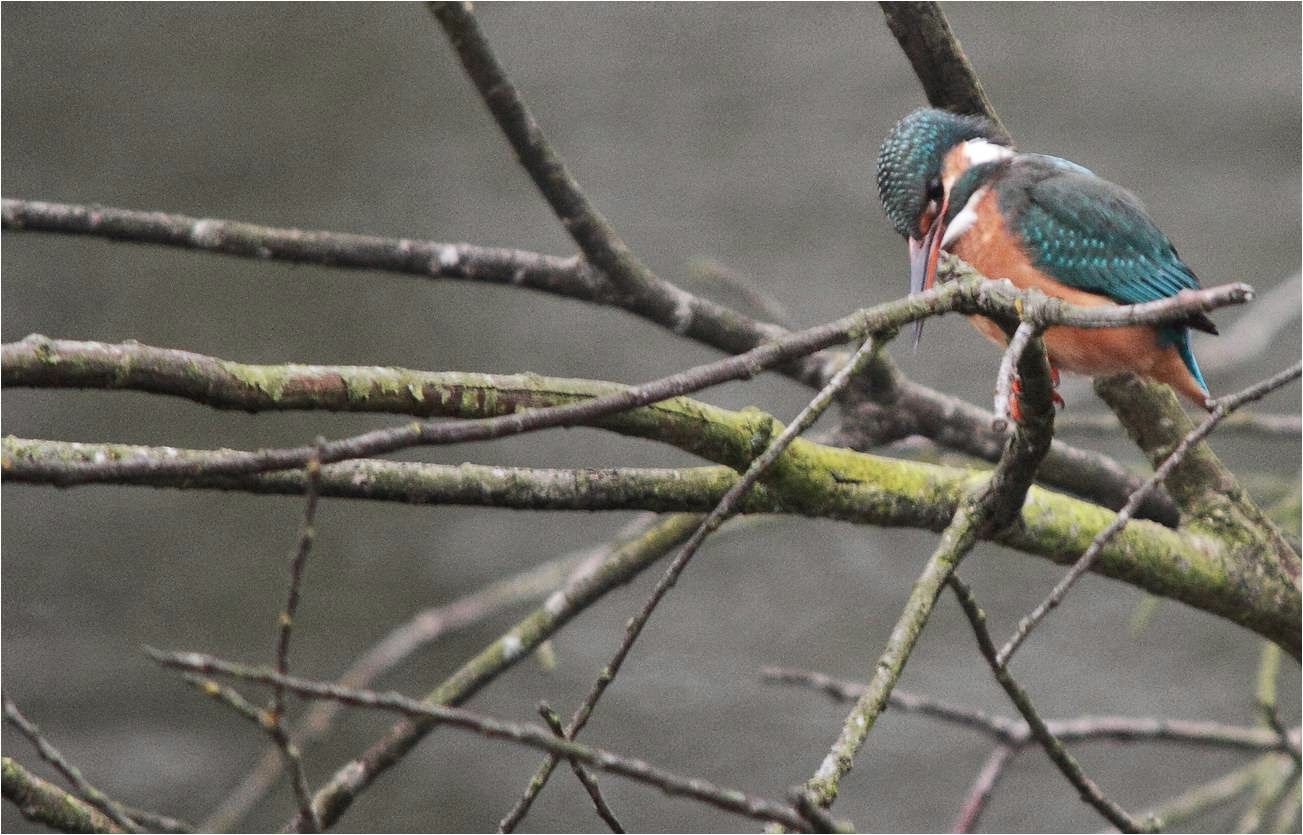 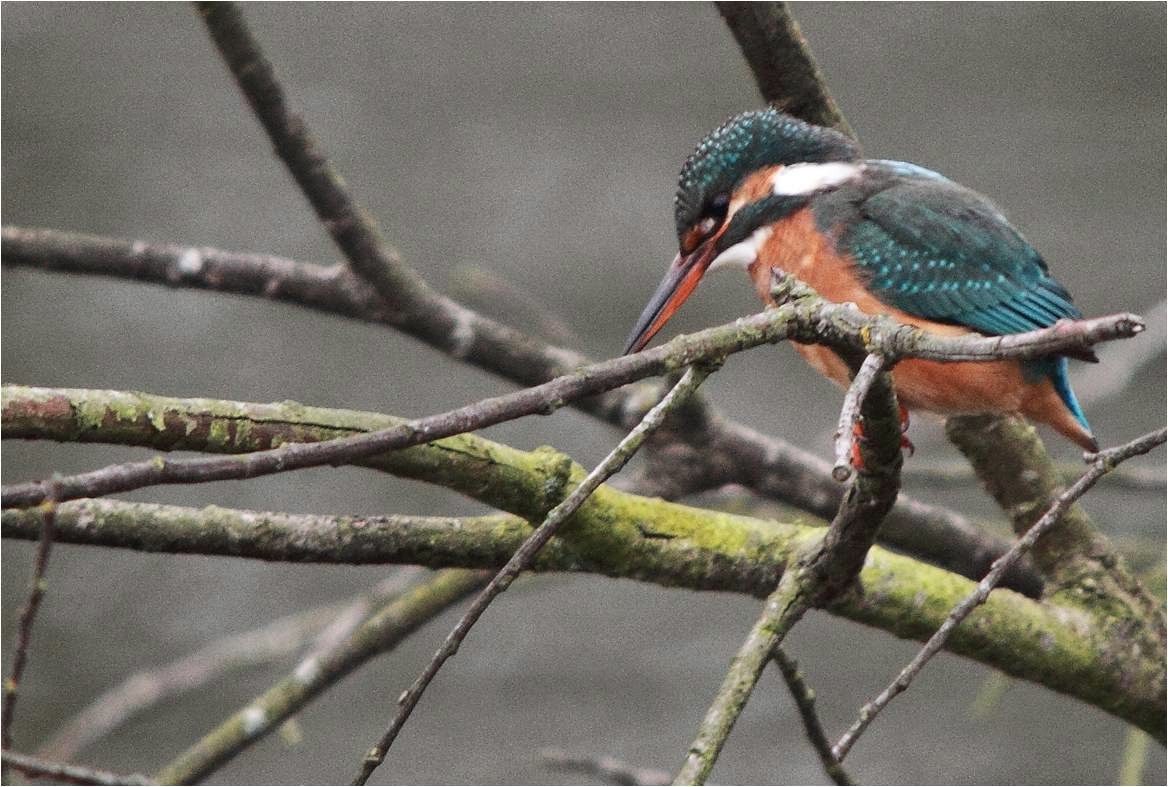 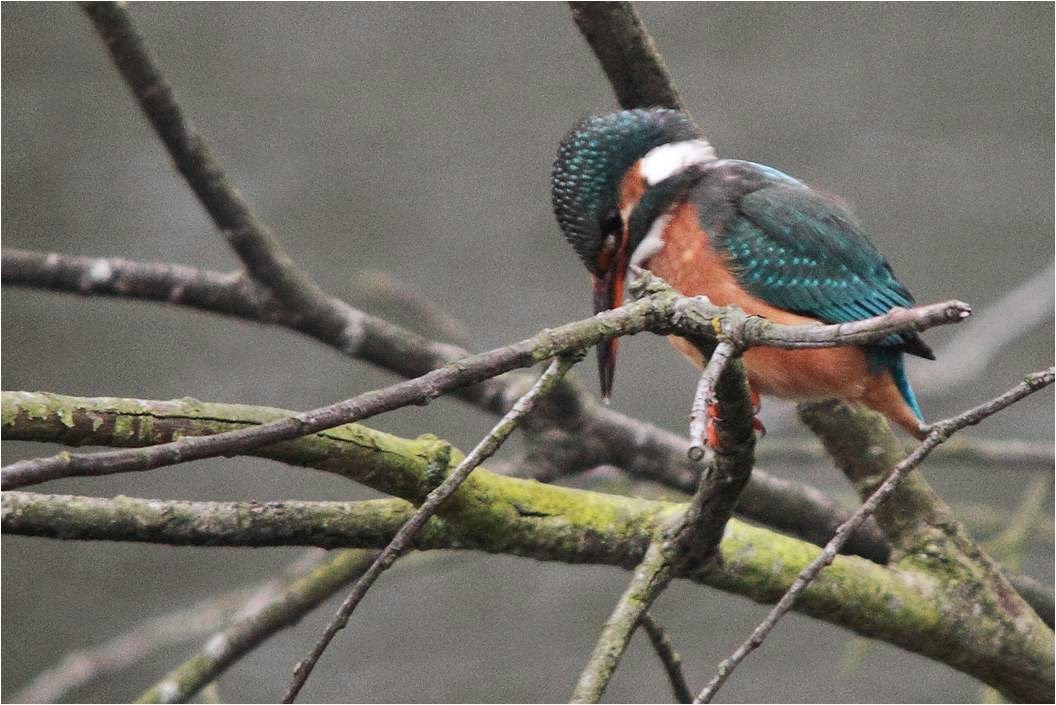 By that time the grebe had reached me, took one look and hurried off to the other side again. 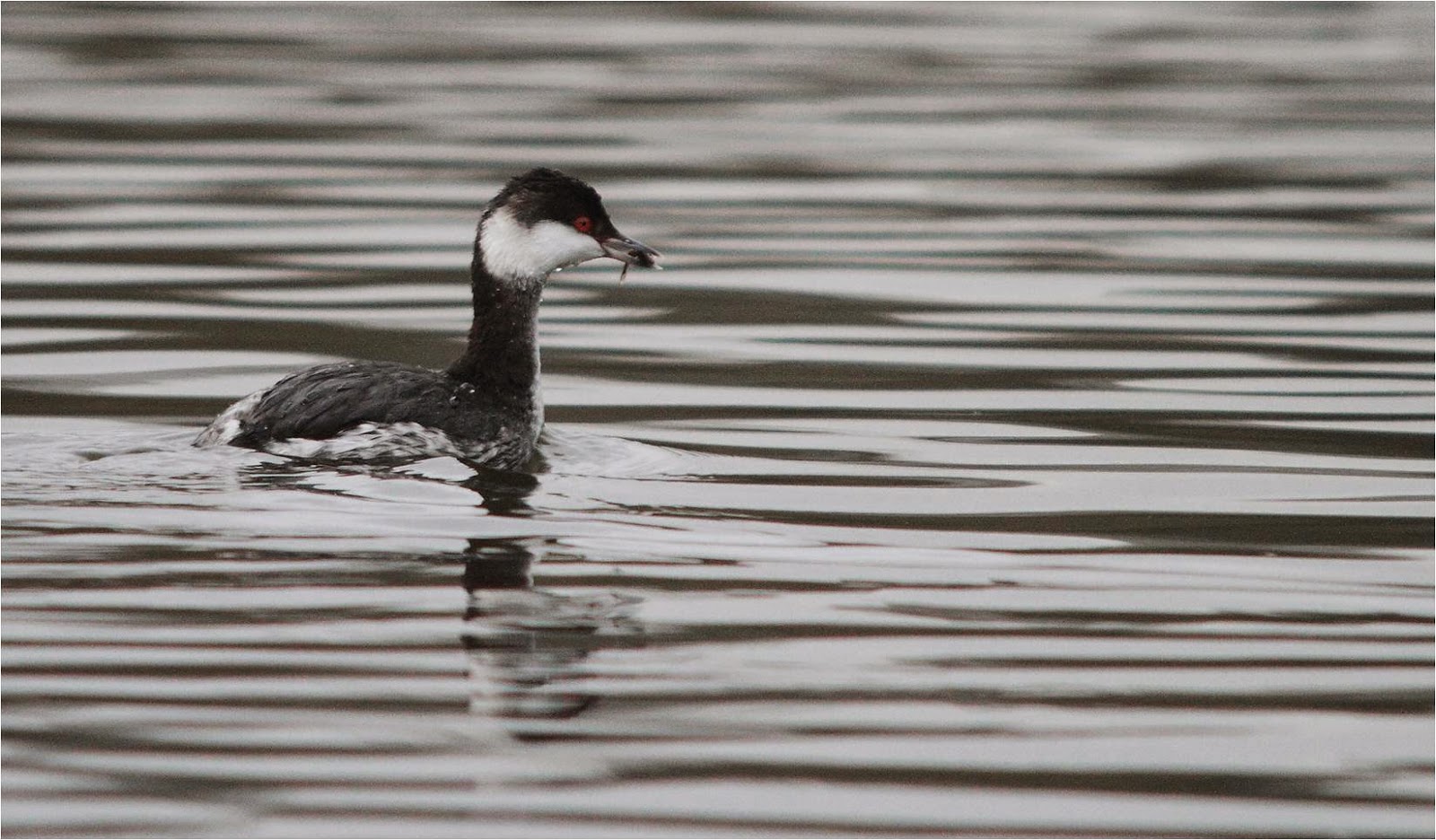 Time to go home I went via the Alex.  An amazingly small Lesser Black-backed Gull cried out for me to take it's picture.  It was barely bigger than the Common Gulls it was with a far smaller than loafing adult LBBGs loafing on the footy pitches.  Only a young LBBG I am sure but, you never know, perhaps I'll get that nice Mr Bonser to take a look. Rather that than look at Olsen's Gulls which might just provoke a coma... 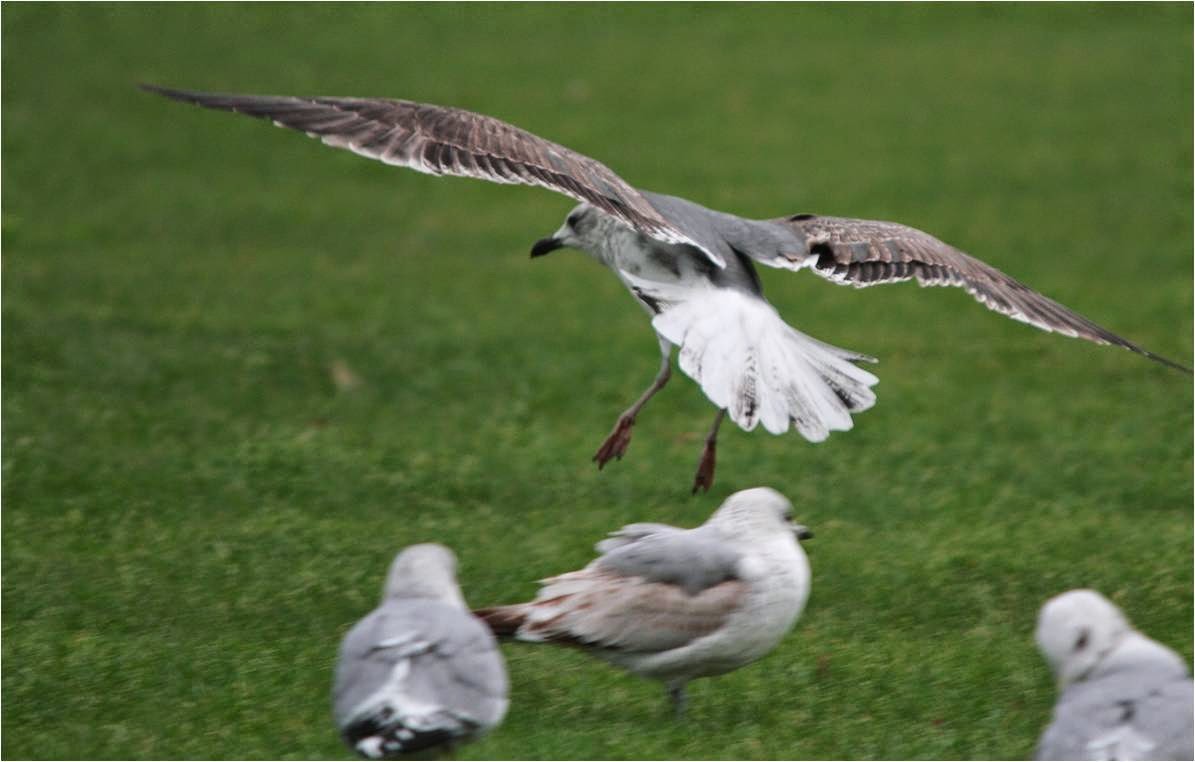 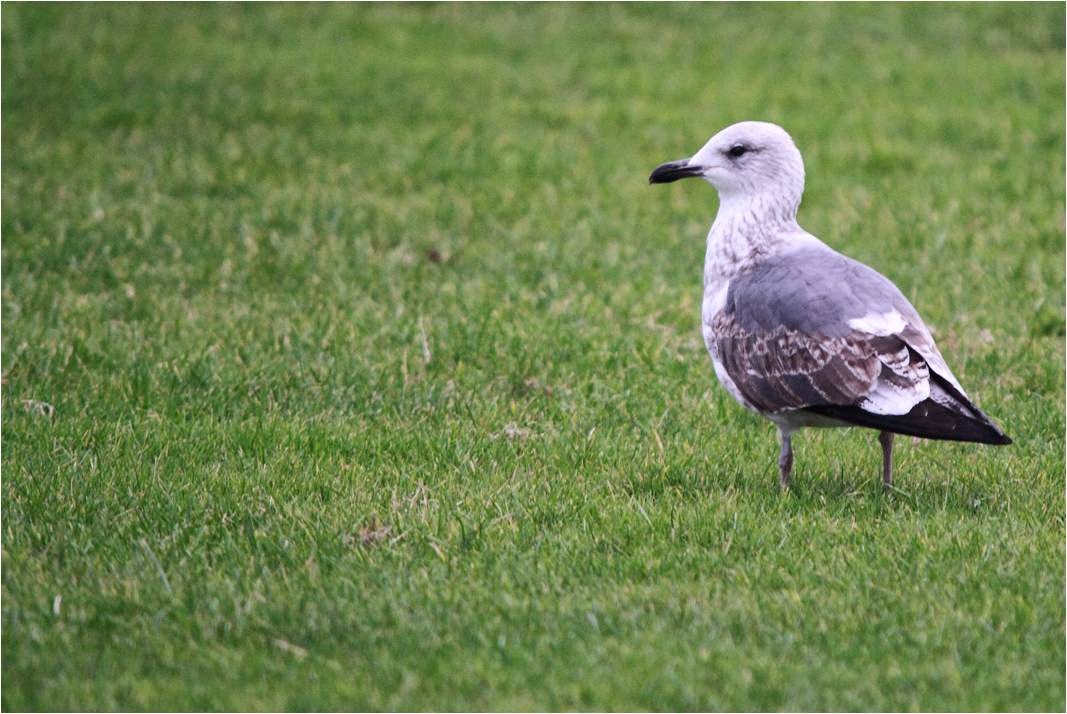 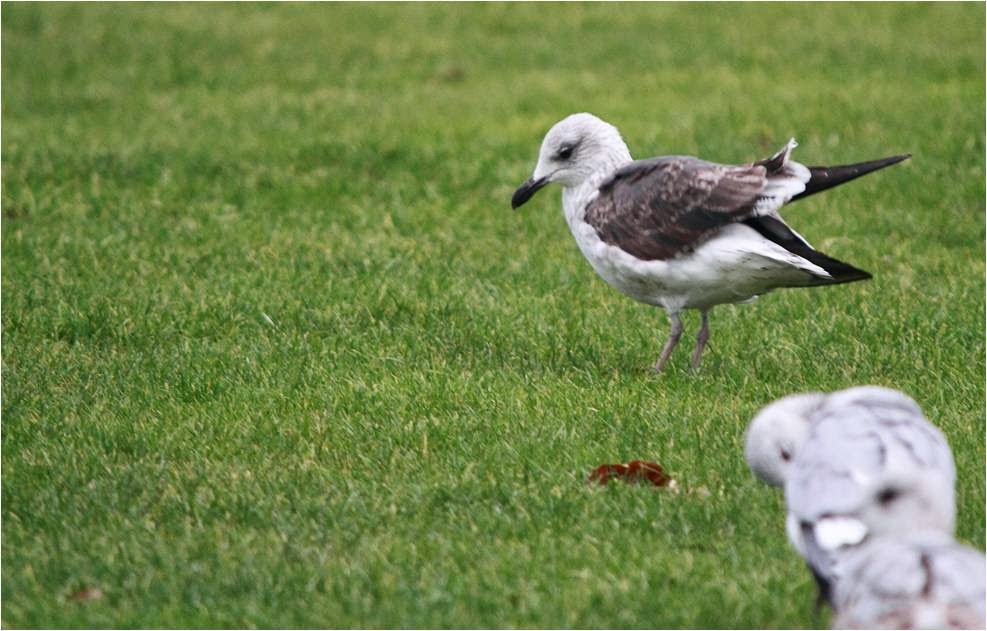