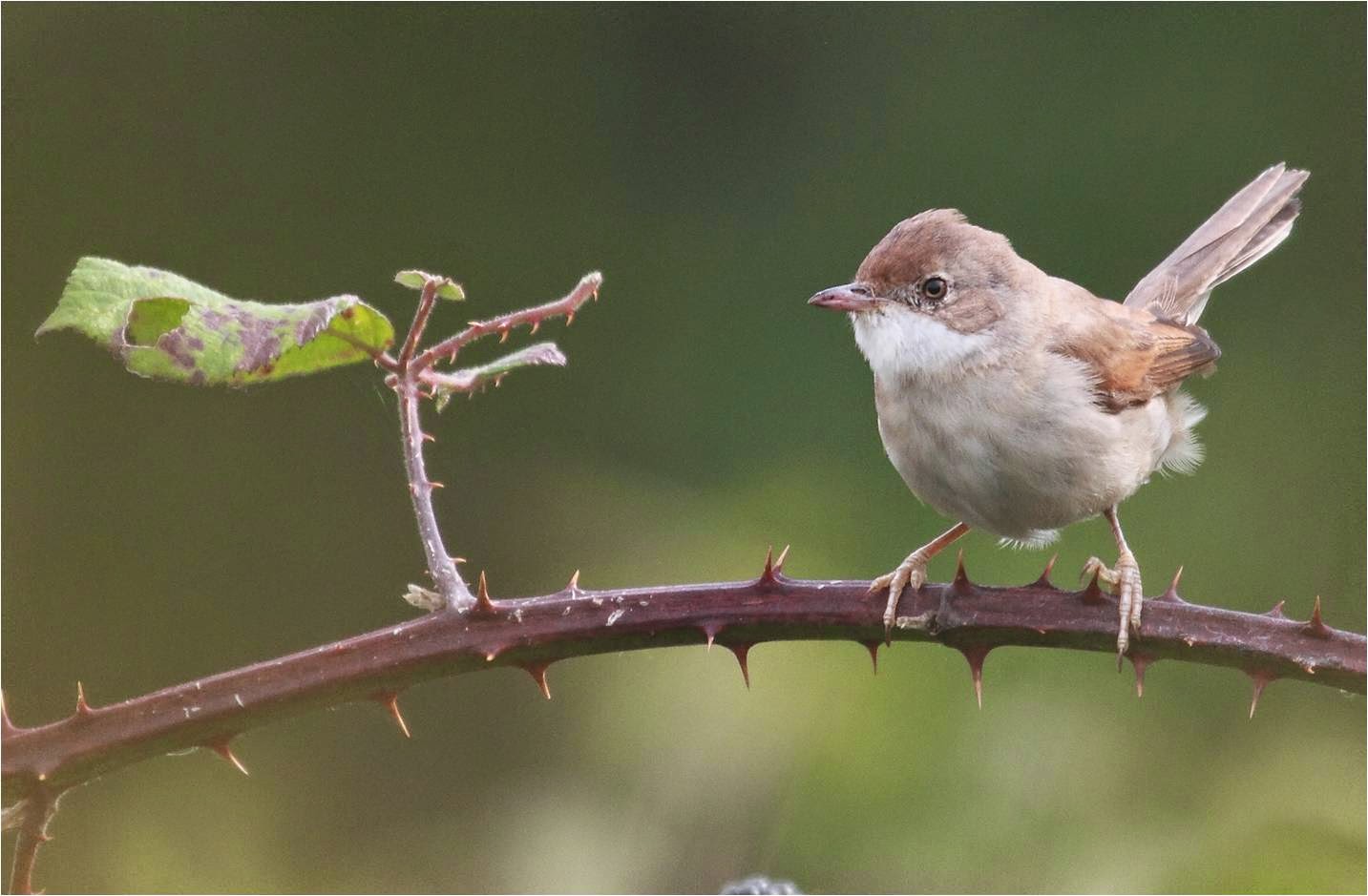 Met up with Dan on the south side of the brooms and we agreed that it just about felt right. We were going to snaffle a quick coffee and then head towards the Alex when a Spotted Flycatcher hove into view.  Spot Fly's like grimy days and this one was pretty grimy, overcast with a slight autumnal chill about it with a hint of rain. We decided to have a quick look in the enclosure where we found three Garden Warbler enjoying a fruit breakfast in an elder, a Little Egret flying west. Otherwise a bit quiet so after sourcing the coffee we made our way back round the Esso copse.  The first returning Snipe of the Autumn unhurriedly flew north making us think it could, perhaps, be a good wader day.  Further across the football desert a Yellow Wagtail called and circled us, oh yes warming up nicely.

At the Alex a few warblers picked their way round the willow fringes, but our attention was drawn to the flight of a Common Sandpiper flitting towards us round the lake, it found us not to it's liking and landed in the corner by the car park.  I went to get some shots, all crap, it wasn't a friendly one. 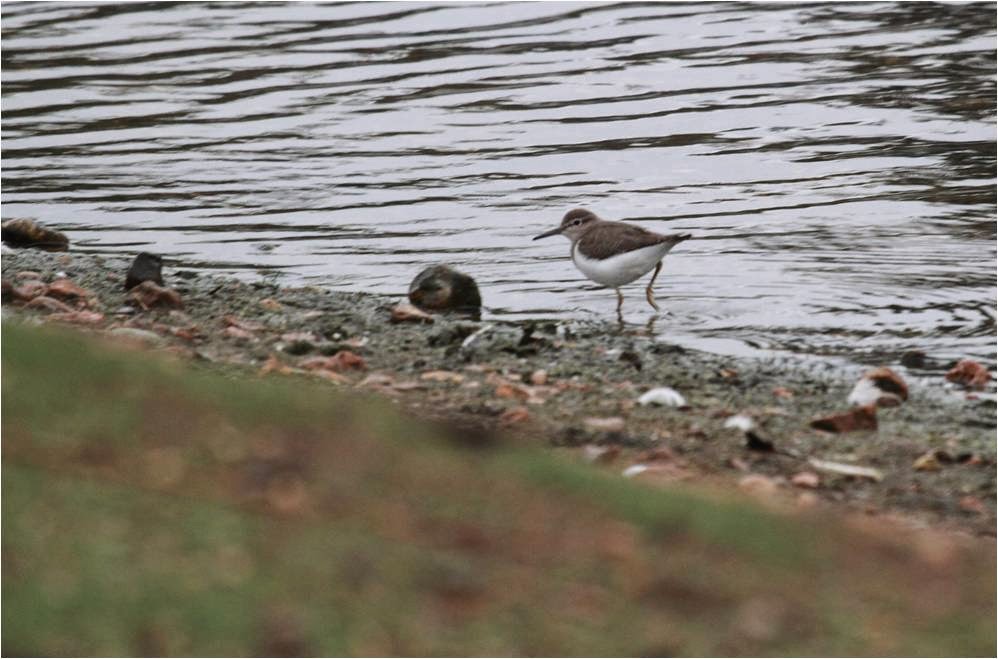 The Alex scrub and the burnt out areas were quiet comapred with yesterday,just a Lesser Whitethroat in the same burnt out hawthorn  and Dan got another Garden Warbler in the pub scrub. Returning to the Alex scrub he then picked up another Spot Fly and then a second bird. This was getting good. 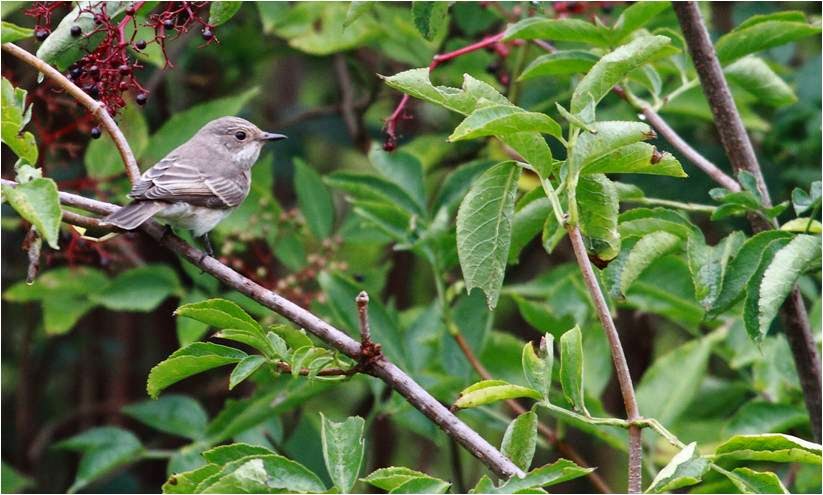 We met up with Richard Rae, who thought that he really should make a bit of an effort to get Common Sandpiper on his Wanstead list, while we considered the slightly ridiculous nature of patch birding another couple of Yellow Wag flew over. While Dan and I slowly walked back to Long Wood, he went off to score Sandpiper and immediately got it as it did a fly past round the lake. Tick and run.

There had to be a Redstart about we figured, but what we got was probably a better bird.  While the other two discussed wardrobes we reached the enclosure.  A couple of Common Whitethroat flew out of the grass and then a third bird into the bush behind us. I assumed another sylvid, Richard had thought pipit.  It did the decent thing and  zeeped. Tree Pipit get in and a tick on the flats at last! We'll overlook the fact that Stu hit back with four pipits just down the road at Leyton flats,one is all you need.

It was still there when I returned from the SSSI, where everything had gone a bit pants, but can't complain really, especially as it's Saturday tomorrow and who knows I might even make it to the park. 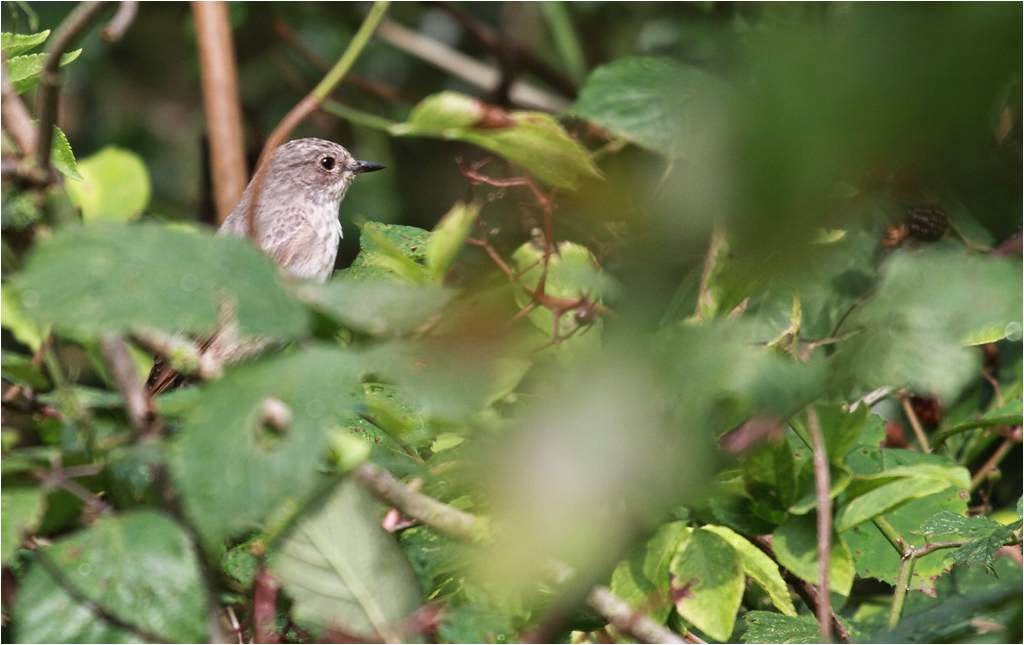