Basically today was all about Long Wood and more precisely the east end of Long Wood and (what I will now refer to as) the "enclosure". As usual we had to wait for Jono to leave, but he wasn't falling for that old trick. So when I texted him: "You are not going to like this but... " he was placed to make a swift return. Not that it did him much good, the Pied Fly had disappeared again, but give him his due, his perseverance paid off and he sauntered off to work happier.

I decided to have a crack getting a picture of the elusive bird; it had shown down to about 10 feet when I first found it–the closest I've ever been, the camera unfortunately in my bag. Barry B and Bob turned up and it showed again, crappily. Then it rained, and kept on raining. After it stopped briefly I noticed 2 Wheatear new in, and a singing Willow Warbler also not present before. 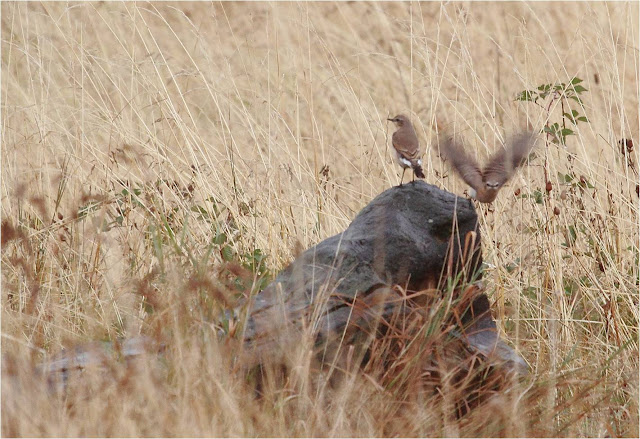 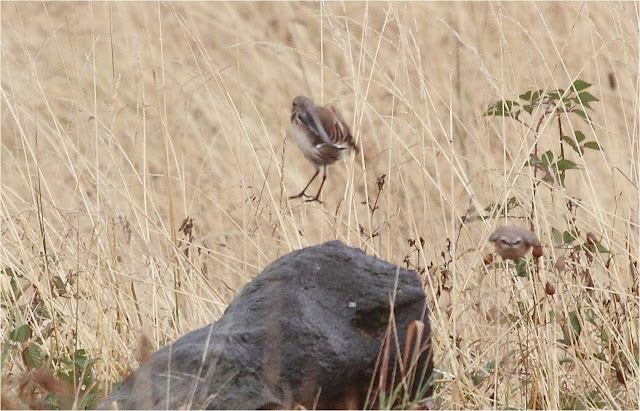 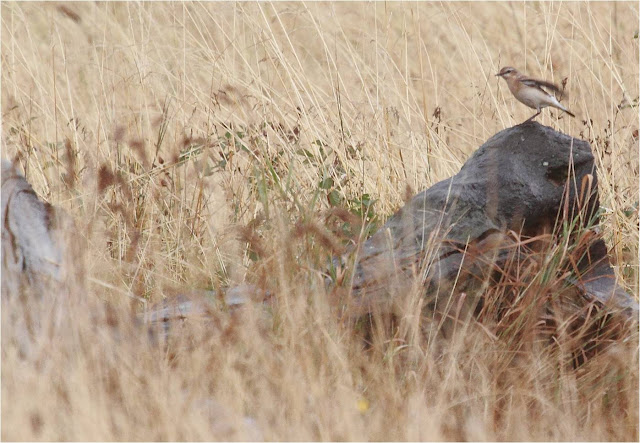 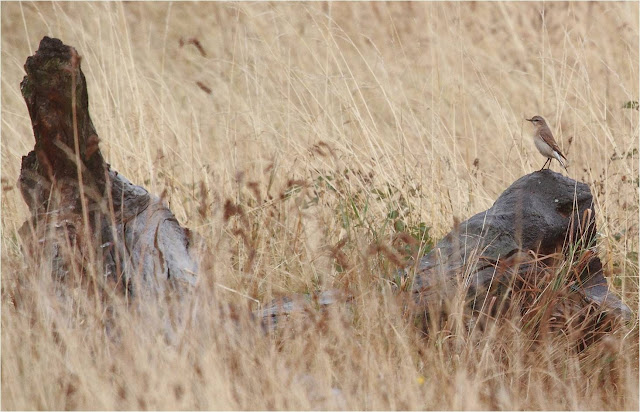 Worth staying put I thought. For once I thought right as a Tree Pipit popped up into an oak, better gets some shots of that then! 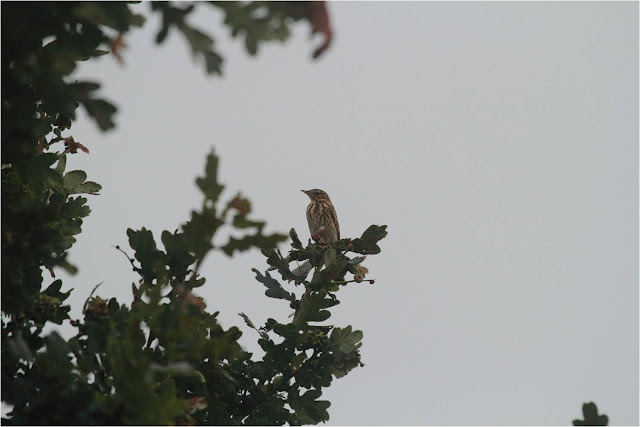 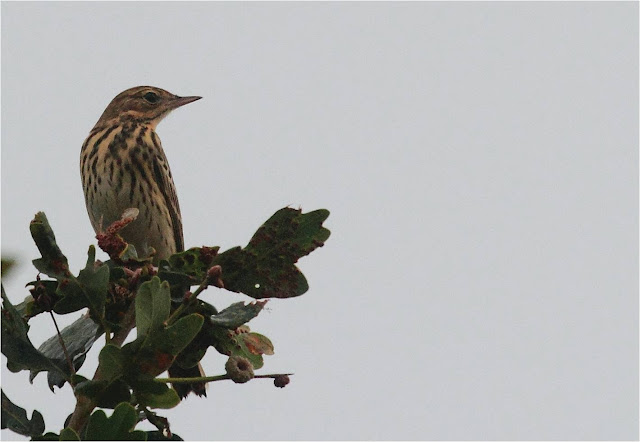 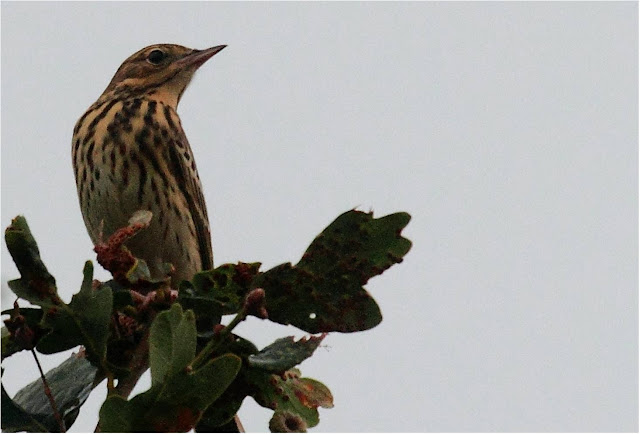 Happy and quite wet I squelched off to work. Later Dan notched up a Cuckoo and the Pied to storm past Bob in the scores on the doors race, Bob levelled with the Cuckoo later. It's getting tight down there! Even Mr Bradnum sallied out for a bit of pie, the lingering Cuckoo and, also new in, a juv Stonechat.

Now if it would like to precipitate again tonight... 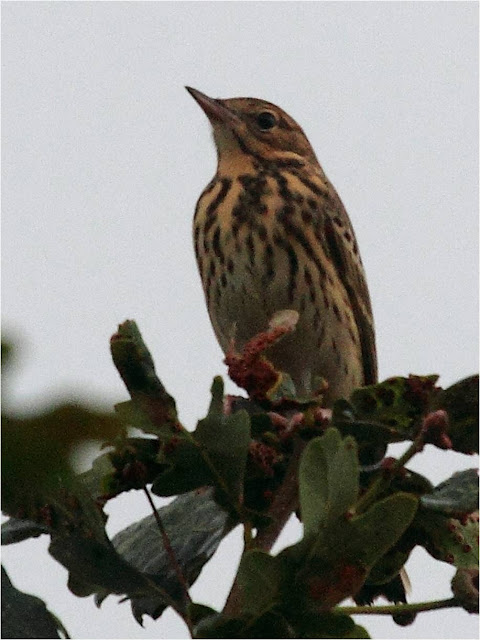