It felt good this morning.  Overnight rain  (we like overnight rain) and overcast with a few sunny intervals as the day woke up, which I nearly didn't. Too late for the full circuit, I thought to spend sometime looking at bush! 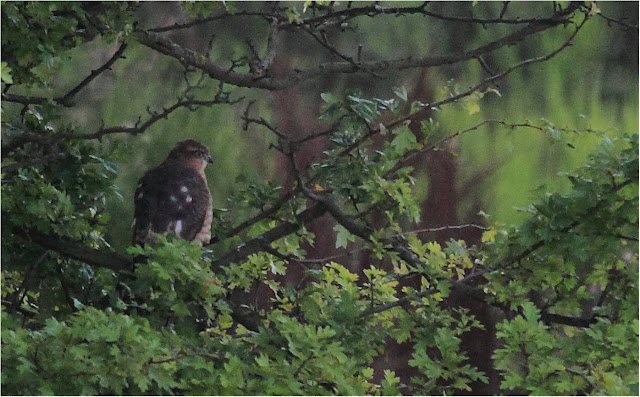 I was looking at bush trying to will a rather bright young chiffy to be something more unusual, when, in the dead tree the bird had finally shown itself to be nothing more unusual than a bright young chiffy, the familiar sight of a red-flicky tail appeared. Nearly a week earlier than in previous years, a rather demure female/juvenile Common Redstart. I had assumed a spotfly would have been first on the autumn migrant list, but also I was concerned that with everything being late this year, we might have to wait for any migrant action. 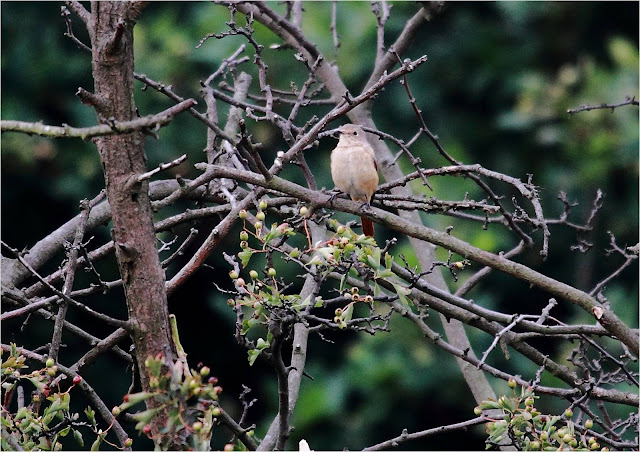 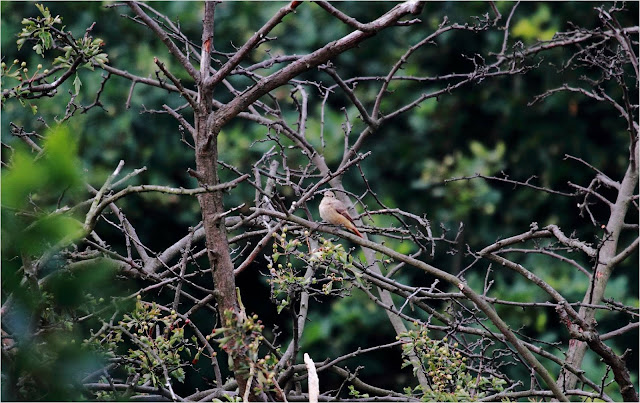 Having said that, it'll probably be crap for the rest of the week.

Having said that it'll probably be brilliant.

Having said that, I have no idea! 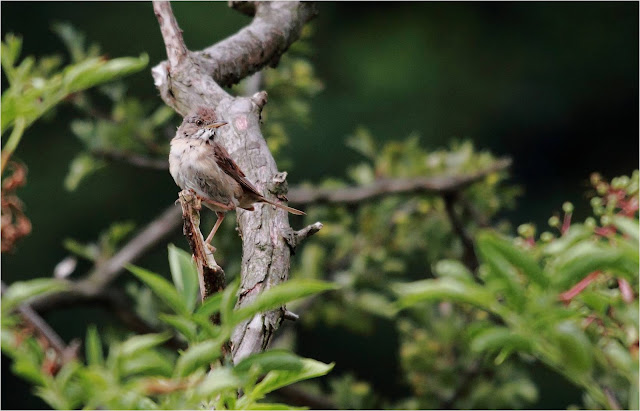