When your luck is in 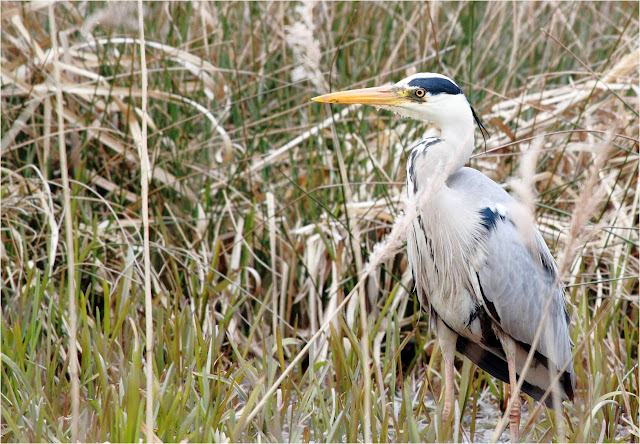 Been an interesting week or so.  After failing to get on to any of the good birds during March lady luck smiled on me once again for all my effort.  Absolutely no skill required, just be there; right place, right time and jam. Jam big time. First off my second Kittiwake, this time on the forbidden triangle (so called 'cos nobody can be arsed to look for anything in the Newham part of the flats - it's rubbish!), no pics due to me concentrating on trying to find reasons why it wasn't a Kit. Even when I realised it was wearing gloves not mittens I had to go and check all the breeding plumaged Common Gull just in case I'd made an ID faux pas. Anywhere else on the flats, this bird would not have got a look in, but on the forbidden triangle any bird gets a second look.

Sunday while advancing on the Jubilee to look for Little Ringed Plover, now that it's securely fence off it should be good for waders I surmised, a LRP called and sailed over my head to land on the police scrape.  Cue another twitch of the locals, with the bird behaving impeccably. 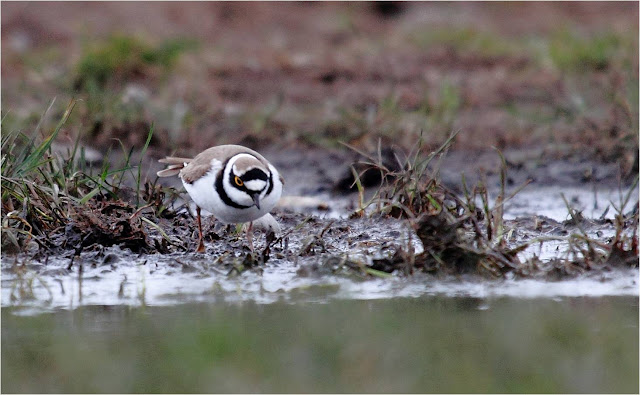 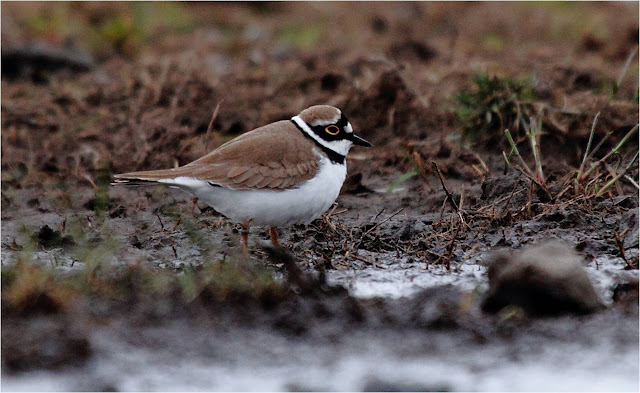 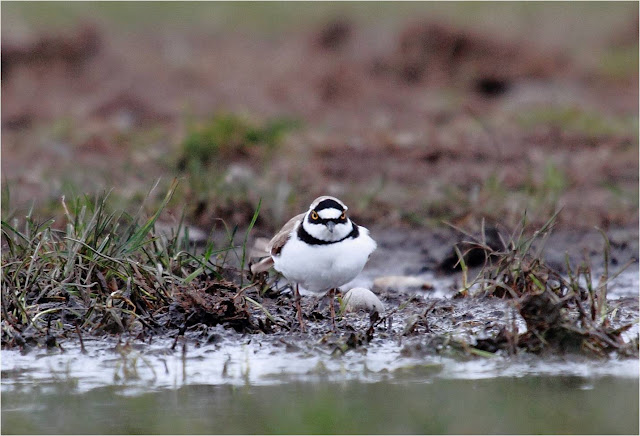 Today whilst cursing dog walkers and finding no Wheatear, I watched a couple of swans flying around a bit, following their trajectory I spotted another large white bird.  Heron shaped. OMG! Finally, and presumably the same bird that had been reported coming this way on a couple of occasions (notably by Mr Fisher who saw one while putting the bins out), a Great White. Wrong sided by centre copse, I checked what I could see of it; black feet, check, bit of yellow at the front, check.  Then rushed through the woods, at what for me is approaching top speed, only to find it way off in the distance, so far that the camera couldn't find it against the grey sky. Buggery!

Dan unfortunately missed it and my text, being occupied in the search for Ouzel or Wheatear.  Anyway he only does waders. Tick for London, Essex and my first tick on the patch since last year, so a well earned yay!

Small flock of Chaffinch making their way east (100+) meant that it could be an interesting day.  It wasn't, until returning to Jub to check out the work in progress, I noticed the LRP again, back on a small puddle. Showing camera skills Mr Lethbridge would be proud of, I crawled within 20' foot of the bird. My over trousers dangerously close to being pulled off by my progress. 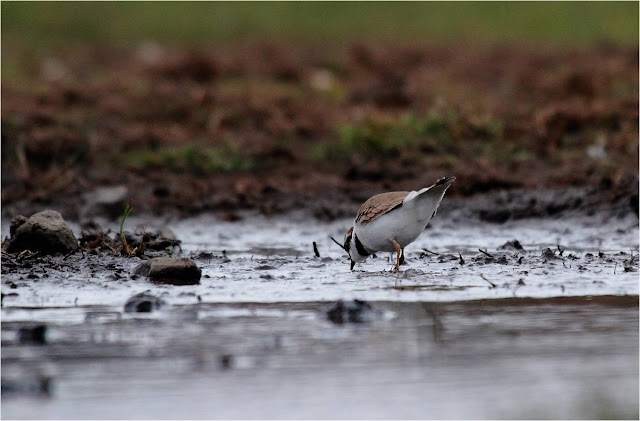 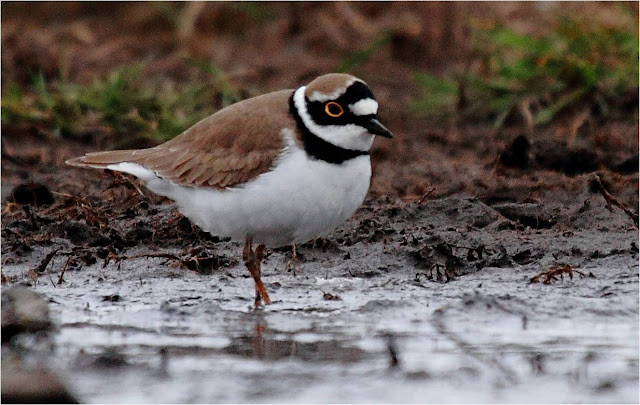 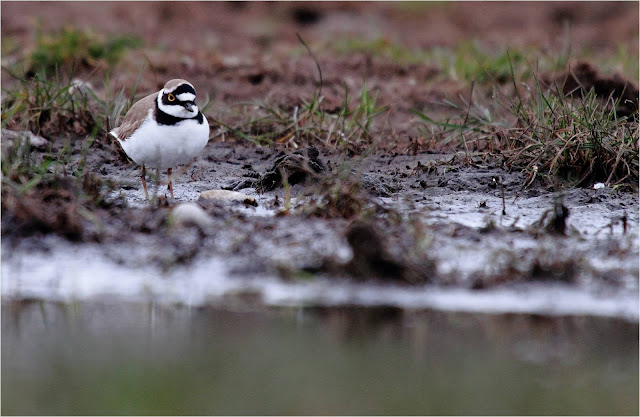 It appears we have a new rule on the flats: The Alternate Year Rule. Two years since the last Stone Curlew, LRP, Kittiwake, Little Owl and Waxwing.  So in that vein we will get Wood Sandpiper, shortly and some other stuff I will have to check...

Finally for all you dog lovers. Owner's behaving sensibly #123 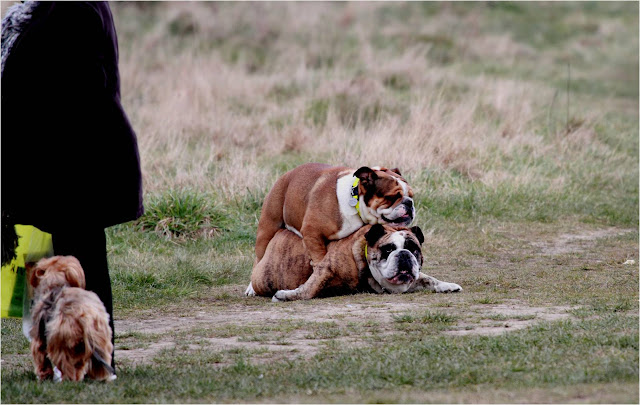