The only way is Essex! 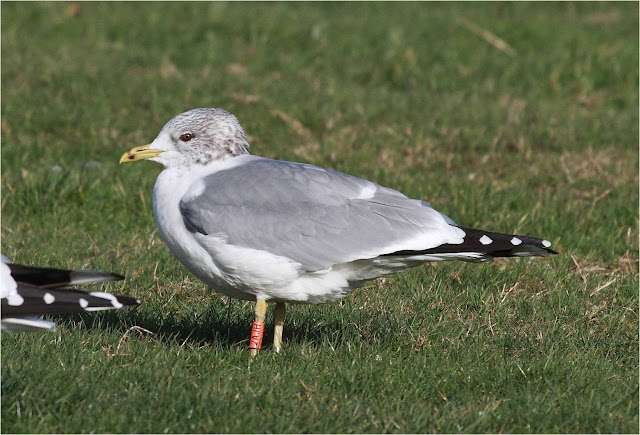 Spotted my first tagged Common Gull on the flats today, and knowing that Hawky was ringing at the weekend, I thought what the odds that this was one of the 2 Common Gull he reported as ringed on his twitter feed.  Sent him the details and was very surprised to get back an answer the same day. My gull had managed to fly the treacherous 30 or 40 miles from the tip at Pitsea, or he could have taken the C2C and changed at Barking for Gospel Oak, like I would have done.  Who knows! 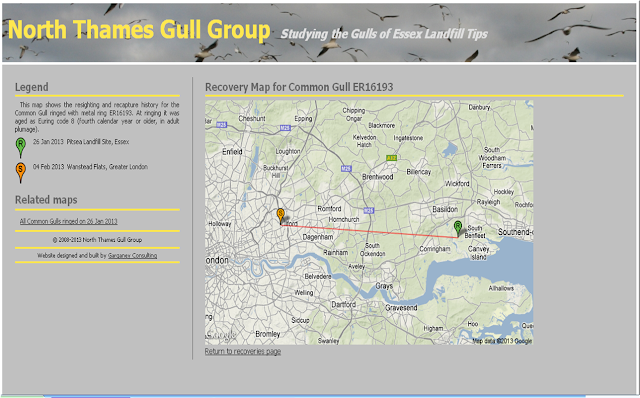 Nice, quick work from Hawky and the North Thames Gull Group.  I am impressed, and encoraged to get that Lesser B and Herring G that occaisionally frequent our gull roost.
Posted by Nick Croft at Monday, February 04, 2013