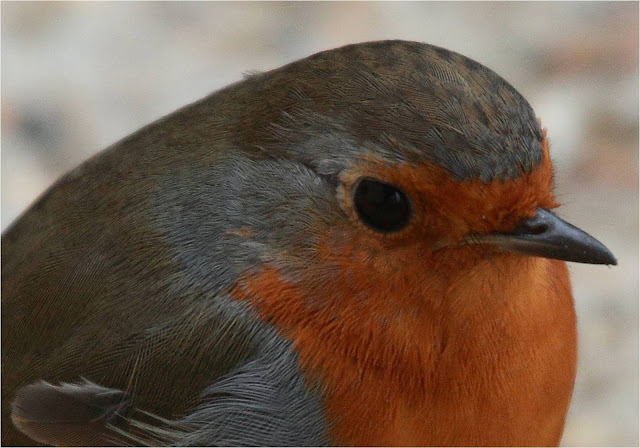 Feeling a tad crap today after four days in a car with Mr Lethbridge's cold, I was looking for an excuse not to go anywhere in particular.  getting bored of deleting trillions of shite photos of grouse, and more grouse, and big finches as big as your head, I was overjoyed when a text came through from Dan.  Hooray for school bank holidays.  4 Goldeneye were apparently having it large on Perch Pond.  Happy days!

Focus off the badly focused montage of tripe I had accumulated over the weekend, I had something to live for.  I rushed as fast as my sore knees would take me, ignoring the large amount of nothing going on on the flats, just in time to see a group of duck with Goldeneye in them fly off westward.  Arse! Maybe they would pitch down on Heronry or Shoulder of Mutton, I said to Bob, who had also seen crippling views of high speed saw-tooths over his head. Jono flashed by on his bike (maybe I should get mine fixed) coffee break over. Luckily one male was left on the pond.  Not a happy duck, unsettled by joggers and dog walkers.  Who ain't?

Jono confirmed the others had pitched down on SoM, so we wandered back the way we came. Absolutely fantastic.  The 2 males displaying to a completely dis-interested female, so more to each other. 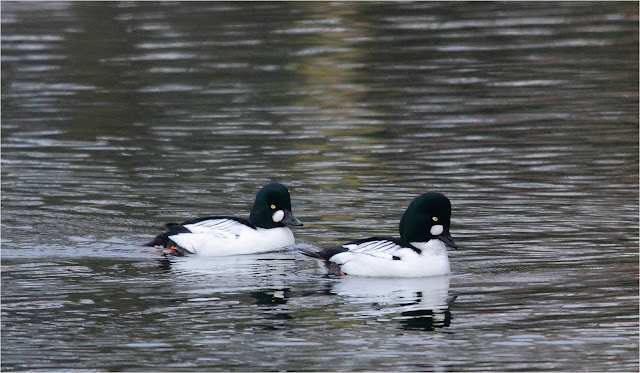 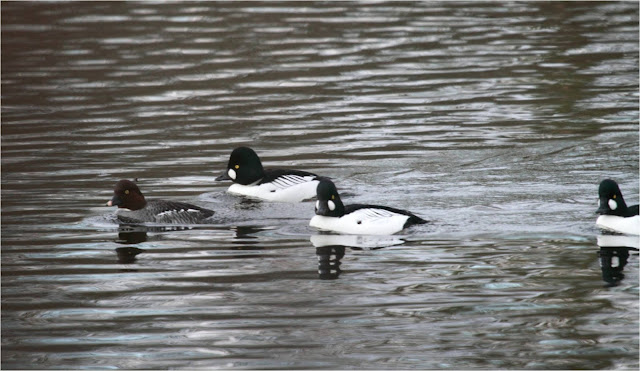 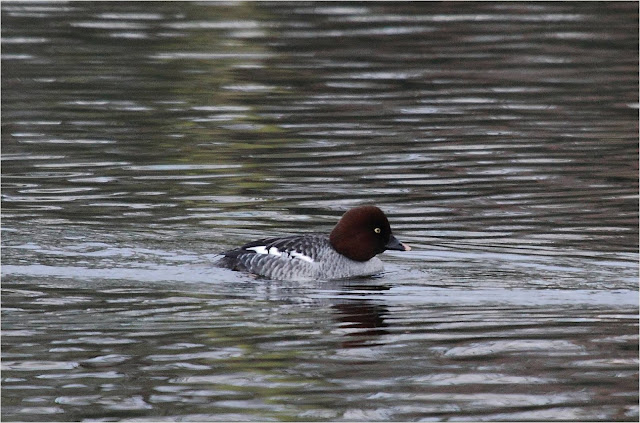 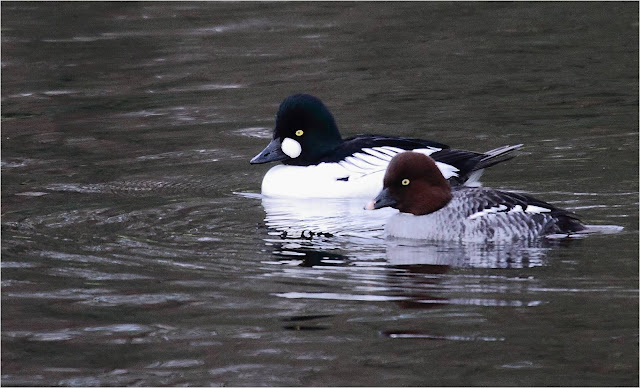 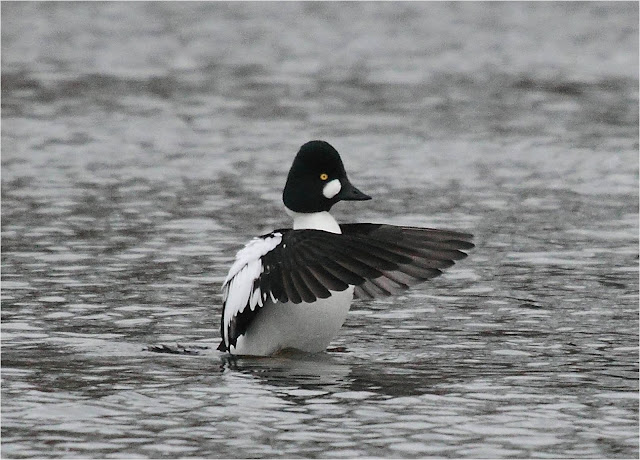 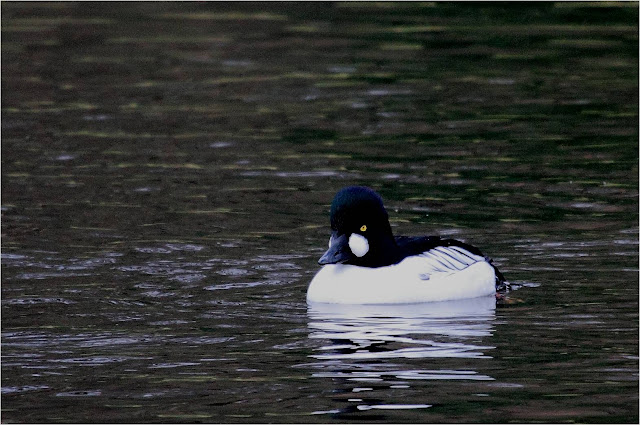 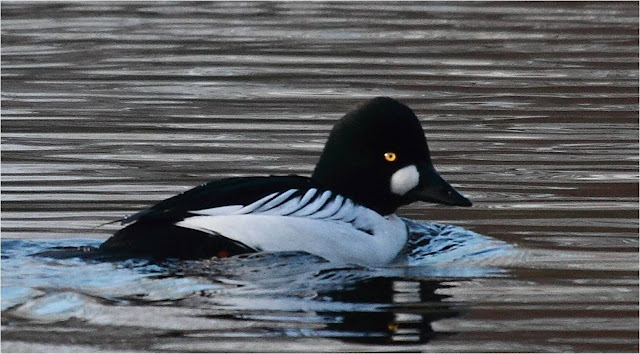 Tony arrived hot foot from the gym, patch tick for him and Steve, patch gold for the rest of us.  By the afternoon they had met up with the single male on Perch and looked set for the night after a bit more audible displaying. 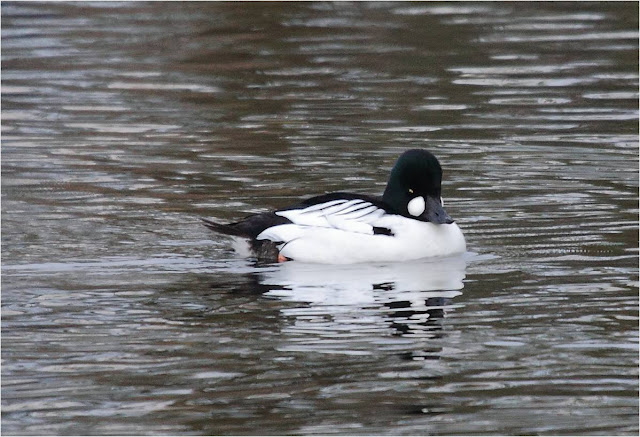 And the little tea shop of happiness was open, school holidays are great!
Posted by Nick Croft at Wednesday, February 20, 2013