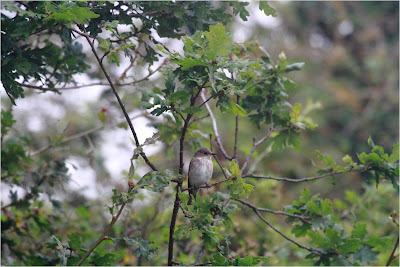 Monday and he was actually doing a bit of sub-song

The birds keep coming, albeit in singles, but the quality:

Today after getting close and personal with a Common Sandpiper, which Jono would have to wipe off his lens later, Steve and I tried out Cat & Dog, because it was close.  A few grunts and twitching stems got my interest. 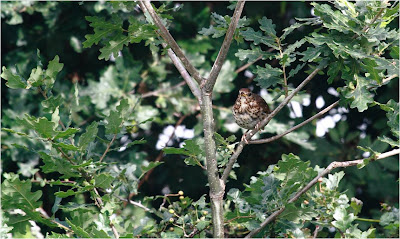 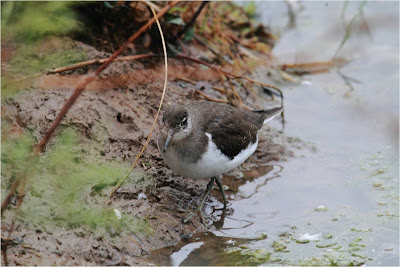 4 hours later we were still not quite sure what we were trying to look at.  A Sedge Warbler? Normally you wouldn't afford that much time on this rather smart looking warbler, unless you were getting paid for it.  But this is on the flats, this is one of our "should be here but ain't" birds.  This would be the third this year, all of those on the flats. I needed  it, Jono needed it, Stevey T (if he were year-list inclined needed it), and by encouraging Tim that it might be an Aquatic, he gave us half an hour of his time - he too needed it.

It was the skulkiest bugger of a Sedgie, rarely giving any more than a fleeting glimpse.  Flew around a bit, but in the small area of the pond it didn't give us much time to get on to it before it disappeared again.

While we waited a Whinchat popped in, then a Lesser Whitethroat, and Commons, it got quite busy at some points.

I finally had to drag myself away for work, not yet satisfied as to the birds true ID.  90% towards Sedge, but still a chance. Stu was going to the afternoon shift, but he broke his bins when he got there. 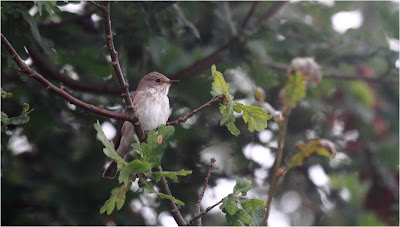 I Wandered back across the SSSI and Long Wood. I'd just got off the phone to Stu, when a large pipit like bird undulated over my head and pitched down the broom further off.  I was going that way so...

Didn't find anything.  Then I heard what I assumed was a child calling, ha ha sounds like a Richards Pipit.

I could see no children.


I think I need to go and lie down. 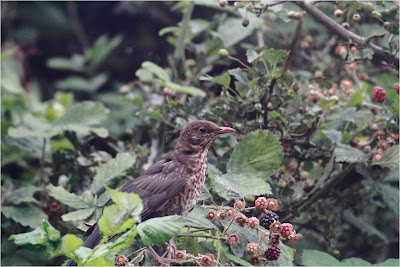