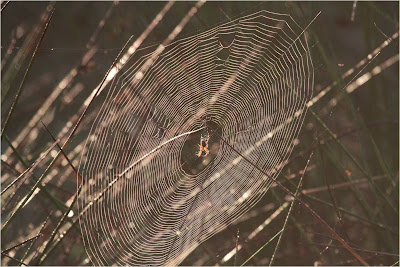 Was looking a tad ordinary today.  Then Dan goes and finds a Pied Fly resulting in a minor twitch. 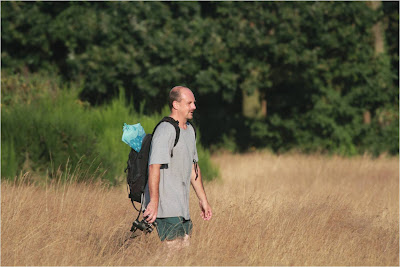 With us were Mr Fisher and Mr Brown.  I did hear them say "pied fly", but I my brain said Spotted. So I kept on walking round the copse. They, for their part, thought it was because I'd seen yesterday's bird. Up to speed I caught the bird going over my head and into the main bit of Long Wood.

Soon after Mr Lethbridge and his wife Zoe arrived as we tried to refind it.  I sloped off to watch over the east end to make sure it didn't bolt un-noticed somewhere that way, and also to sneak off for a coffee and a snack. Mr Fisher joined me, and as we had an in-promptu picknick in the shade, we were interrupted by  call from Dan.  The bird had reappeared. 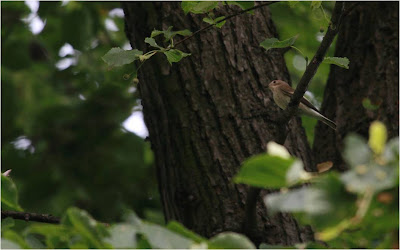 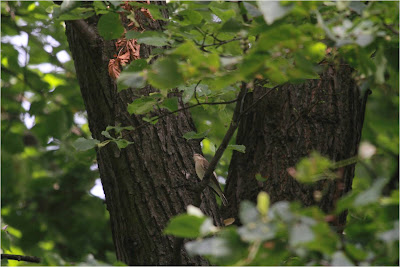 Smart and good views when it could be arsed to show itself.  I am happy that Stu and Stevey T got the bird having dipped the West Ham one (Stu had dipped in the ornamentals as well).  James Palmer, on his first visit, and Wanstead regulars-when-there's-something-good-going-on Harry and Barry turned up for some rather tasty views of what was certainly a first winter male. 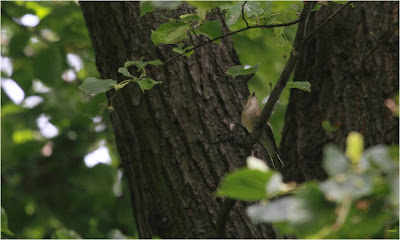 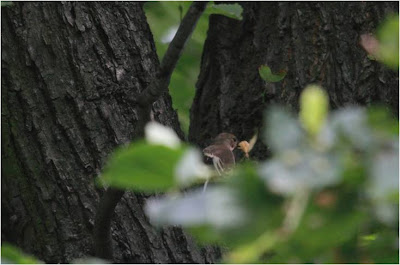 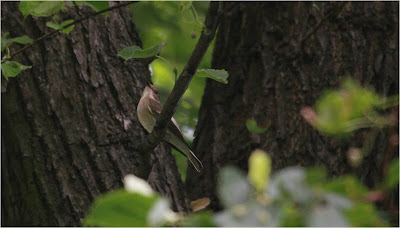 Oh and there were 2 spotties and a Wheatear as well.  Mr Hennessy also scored another Common Sand on jubilee - but that doesn't detract from the fact he has promised Greenshank. 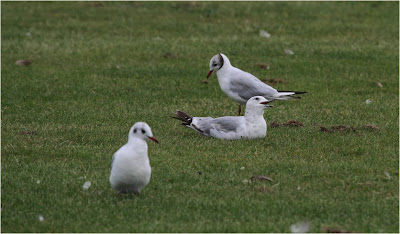