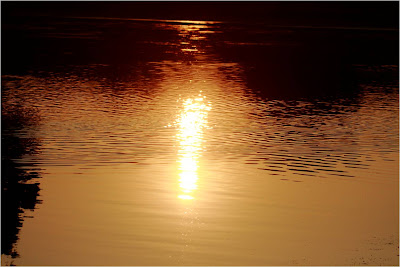 Says just about all you need to know.  Having hoofed it round the patch for a couple of hours not long after sun up, I was hoping for waders, but crossing the playing fields I was greeted by the sight of a model aeroplane hobbyist returning home.  Oh for fuck sake! 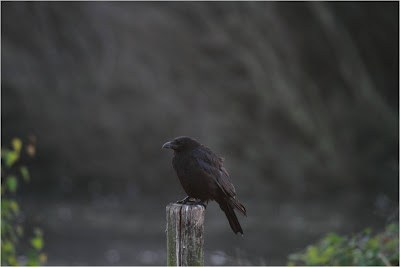 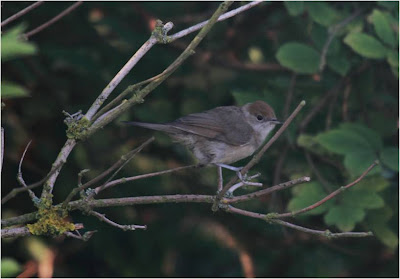 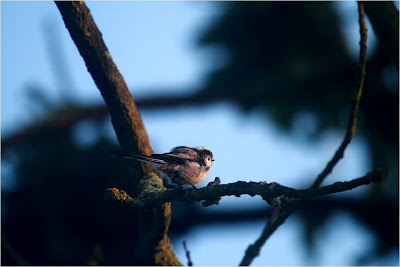 No waders then.  Lovely morning, but not a lot to say for itself until, avoiding a dog walker, I ended up in the middle of the Alex scrub for a second time.  A small bird flitted into the lower branches of a hawthorn and started flicking its oh-so red tail.  Pretty as a picture, not any of mine of course, my first female Common Redstart of the year on patch.  When Dan heaved up half an hour later he agreed with me that the fairer sex is the sexiest by far in the Redstart world. 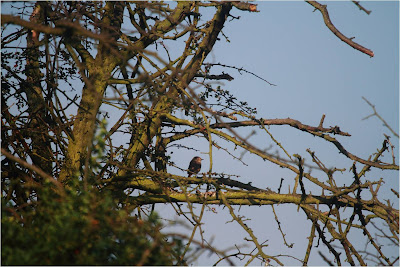 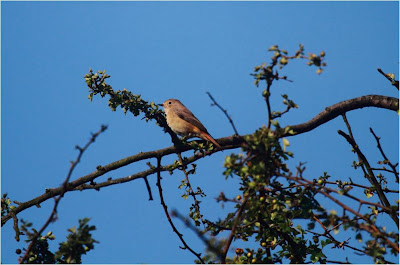 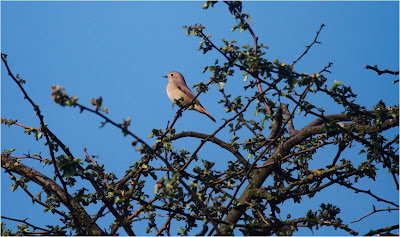 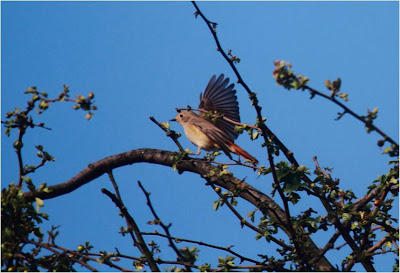 The scrub just east of the Alex can be so productive, especially at this time of the year.  Today we found proof of nesting Kestrel as four birds soared majestically into a bright blue sky. On the Alex itself the first returning Gadwall, have taken up residence. Things are quickening up. 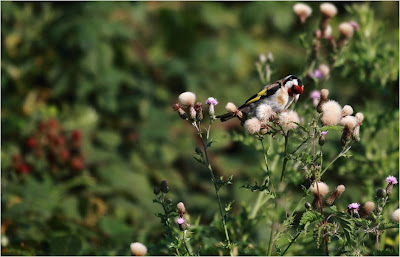 Sunday, on my return from a day out with Jono and Hawky, I got dropped off by the old allotment end of the park, before I'd even got to the river bank I could hear the calls of one or more Kingfisher, the first for a long time.  I don't suppose these birds have had a very good summer, and I don't expect to see their young flying round the flats as in previous years. 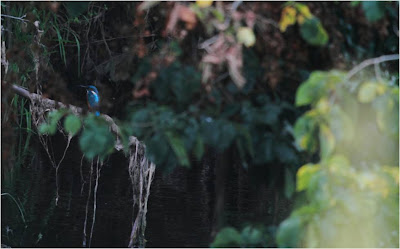 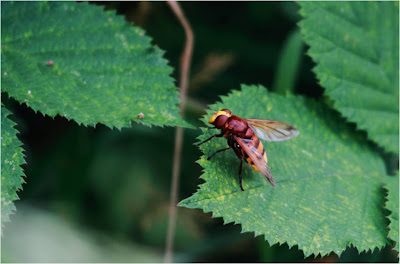 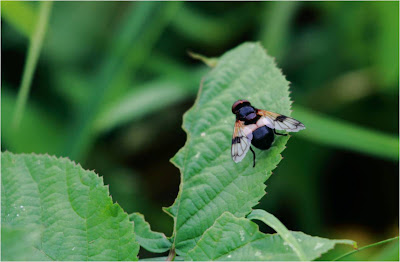 Not a lot else until I got into the old sewage works.  Checking out a warbler in the hedgerow I heard a single call of a Green Sandpiper, and then nothing.  Half way down towards the Manor Park allotments I found the bird feeding on the gravel island, now covered in rotting flood jetsam. The first of the autumn, but too flighty for a twitch, it buggered off south after being flushed by me and some horses.  Won't bring them with me again. 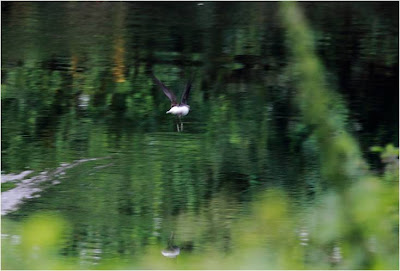