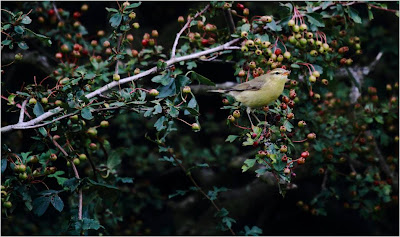 I did really think that today was going to be special.  Rain last night and a bit more this morning, wind from the south. Any migrant on the move would surely come down where they were, rest and have a snack. And seeing how good Monday had been: my first Crossbill (after everyone else has had them), chupping away across the SSSI, a good representative mix of warbler in the scrub at the east end of Long Wood and also the scrub to the east of Alex and Tim got a Common Sand on Jub. There too was a shoe in for our first Tree Pipit, but again I mucked it up: following the busy movement of warblers, tits and the like, a bird popped up in an oak.  Focusing I was taken aback to see a pipit looking at me. I noted a pink-base to the bill which was sturdy, and spots, which was good.  Take a picture or look further?  I chose wrongly again.  As the camera whirred slowly into focus the bird ditched the branch for the ivy opposite never to reappear. Arse! No call, which kind of added to my suspicion that it was Tree Pipit, mipits just can't help themselves but call.  We'll get another.  We bloody better get another! 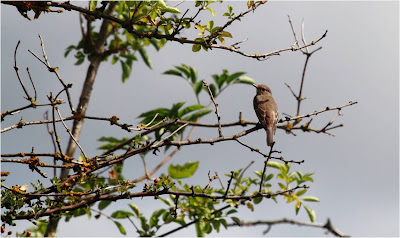 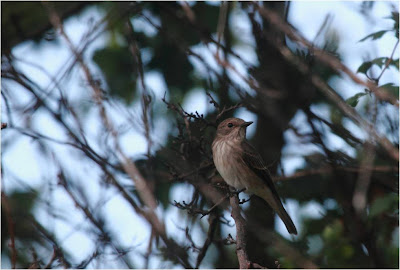 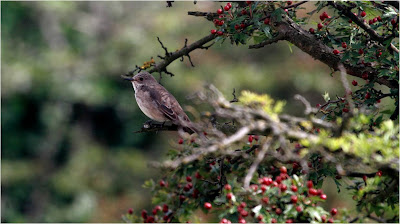 Today then. Started well, 2 Spotties immediately made themselves known at the east end of Long Wood, as per. Jono suggested the Alex.  Why not!  Leaving Tim and Dan to seek out more goodies we wandered over the fields to the scrub to search for Long-tailed Tit; find them and you may find gold. 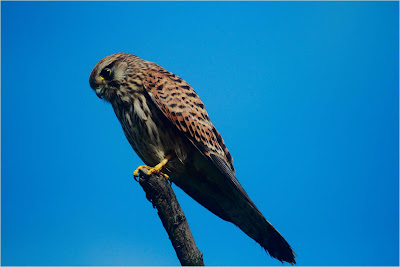 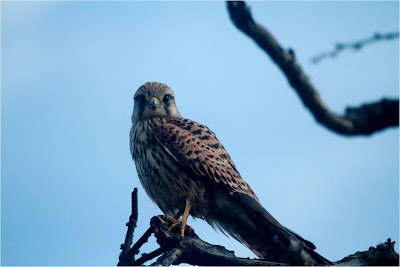 I took the Golden Fleece side and slowly made my way around to the main path again.  One bush held promise: Lesser Whitethroat,  Blackcap and Garden Warbler, but all playing hard to get.  Back at the scrub, Dan had gone home so I stood and waited.  A mangy looking Whitehroat with a green cricket that he was not too sure what to do with, and a very friendly Kestrel.  I got to within 6 feet of it - so you would have expected better pictures.  Or perhaps not. 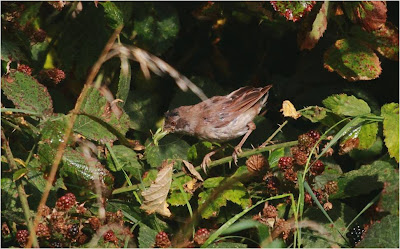 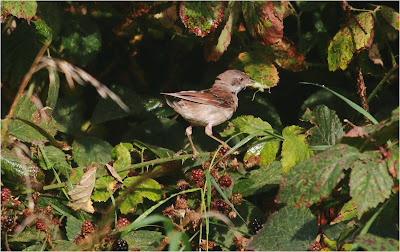 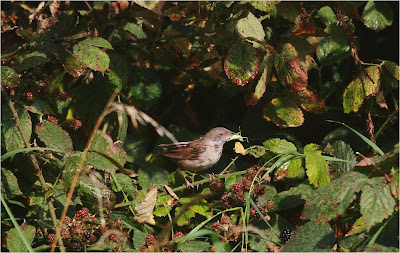 I upload these in the hope that it's not just a manky looking Common Whitethroat, but something altogether rarer,
but still manky

Tomorrow then.
Posted by Nick Croft at Wednesday, August 15, 2012