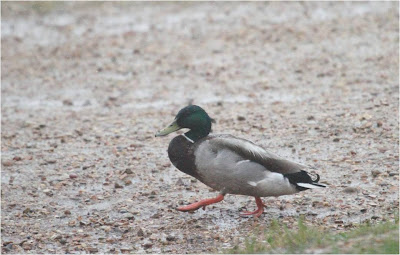 Tried the "get out on to the patch, really late" ploy today.  The weather, a tad inclement, kept the fair-weather masses away, either that or they were watching Brenda's boat thingy. I had the flats and later the park to myself, virtually.

It was remarkably quiet for a Sunday, hardly any cars at all, and as I sloshed my way to the centre path I heard a distinct and familiar, but, in the context of Wanstead, unusual call (shreep shreep). A Dunlin!!  I scanned the sky, but all I got was Swifts, dozens of them.  The call got closer, then further away and again closer.  There could well have been two birds, or an echo off the trees? Still no sight of any small waderish shapes as the calls faded away.

Always odd hearing calling waders over the flats: the other night I heard one when I came back from Norfolk, the nearest I could match it to on the App, was a Terek Sandpiper.  Yeagh right!

On the way to the pub a month or two ago another haunting cry in the darkness flying over bush wood.  What I could do with is an app of night calls.  I mean how do you learn them if you can't see them.

Anyway by now it had started raining again, so a quick sloosh round the old sewage works and to the heronry were I sheltered under the Little Tea Shop of Happiness' pillared roof.

The Great-crested Grebe were quite close in so I watched as the male repeatedly brought tiny fish for the young on mum's back.  Carefully presenting them head first.  Every so often mum would get fidgety and stretch her wings and out would tumble the chicks, which would then race round the back again to try and get back to the warmth and shelter of her wings. 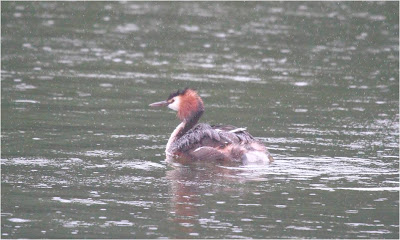 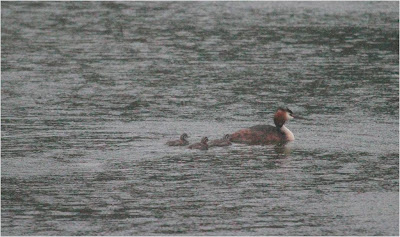 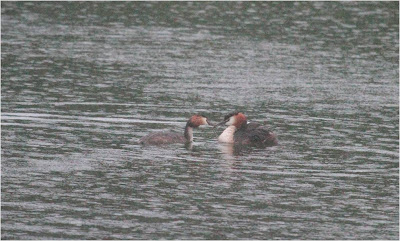 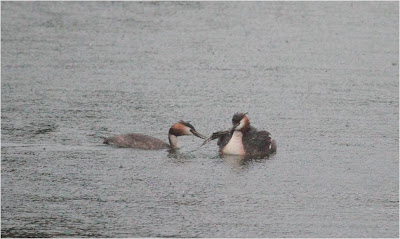 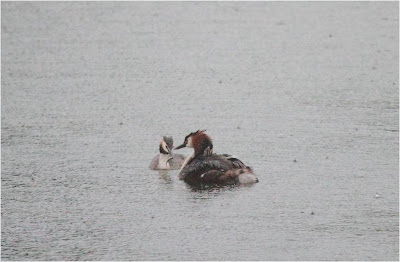 I watched for about an hour.  The rain didn't stop.  In the end I accepted my fate and got well sodden. 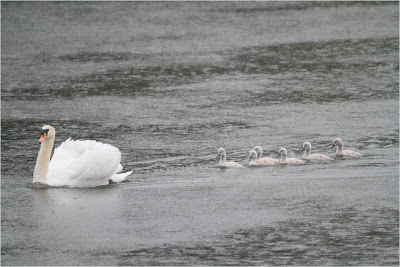