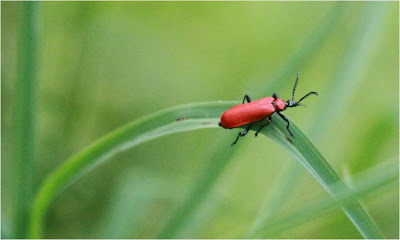 Had planned to go and get me a Red-rumped Swallow at Grafham, but they'd (it) had buggered off in the night, but I was on the flats so I might as well make the most of it.  Early doors and Dan Hennessy texted a Spotted Flycatcher at the Warren Road end of the Grove, great I'll swing passed and knock that off. Another local birder Gary pointed out a rather smart male Whinchat, and with 3 Wheatear, 2 Shelduck west the day was already compensating for the disappearance of red arsed hirundine. 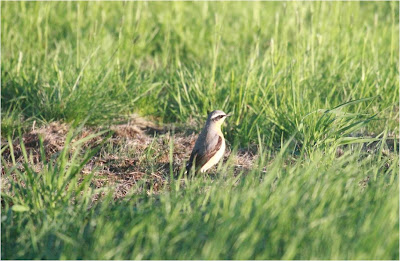 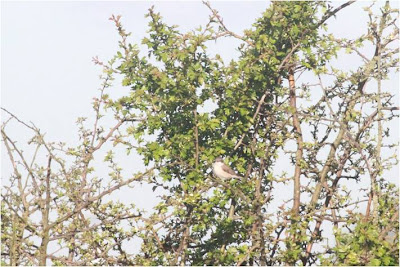 I wandered in a circular route to the spot where Dan had indicated and waited.  It was sheltered from the wind and the sun was warm and I was happy.  No work today.  A buzzard flapped eastwards and turning into the wind did a bit of hover, or rather hanging stuff then peeled away over towards Redbridge. I gave up waiting for the Flycatcher and did a quick half circuit of the ornamentals just in case the Mandarin were showing. With the trees virtually in full leaf not even the ornamental waters were showing well, I carried on to the old sewage works.  An Egret later and I was back in front of the tea hut, apparently they don't take Scottish money and I have stacks of it. A Hobby had just flown over my head and with a Kestrel in the OSW, I thought I'd go for the raptor quartet and wait for a Sparrowhawk.  Disappointingly a Red Kite hove into view to the north and flapped off west.  I would wait. 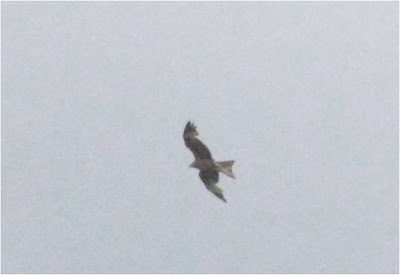 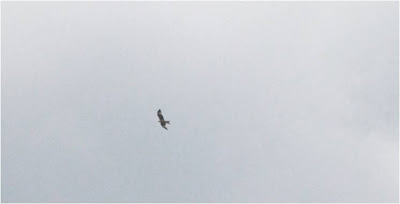 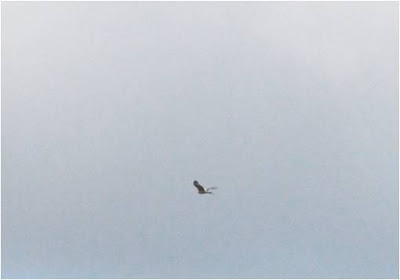 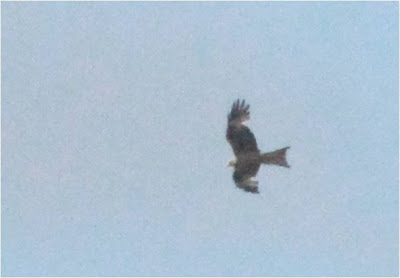 Streams of Swift were flying into the wind, I tried to look for big jobs or small jobs with white rumps, or even ones with no neck.  They all appeared normal, but as I followed another batch down Heronry another large raptor came to view.  I tried to get Kathy Hartnett, who had joined me, on to the bird, she however found her own.  Another 2 Red Kite, damn, where's the bloody sprawk when you want one? Then another or the same Hobby further south.

Kathy left and re-scanned the Swifts, the Hobby, or another returned and circled over the tea hut.  As I tracked it I noticed yet another large raptor going west.  Bent wings got me excited, oooh Osprey, I whispered then I saw the forked tail. 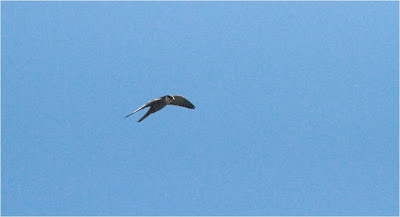 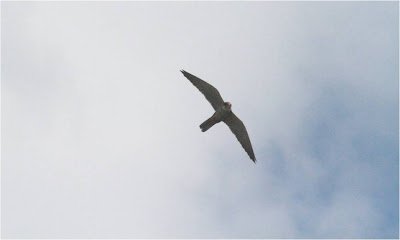 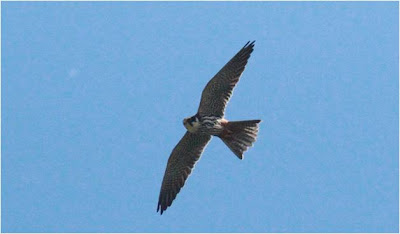 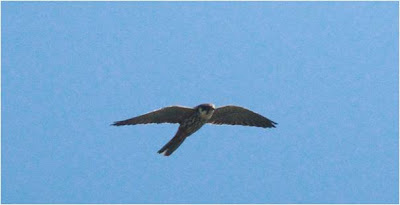 Finally a Sparrowhawk did the decent thing so I could leave.  If I must see Kite, might as well get them on the Flats list.  It doesn't work like that though.  By the Alex hundreds of Swift were slowly moving west, but no large birds of prey.  I wandered home through the brooms, stopping to remonstrate with some Eastern European ladies pulling up the wild garlic by the bag full.  They just smiled. 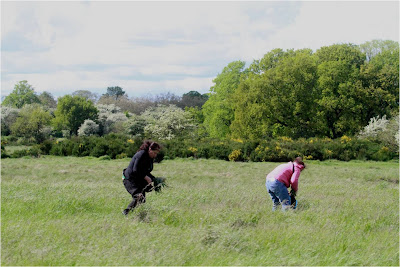 The Wheatear were still around, preferring the quiet of Coronation Copse, a Kestrel put in an appearance over Centre Road, and finally a large Peregrine rose above Long Wood to end rather a good day. 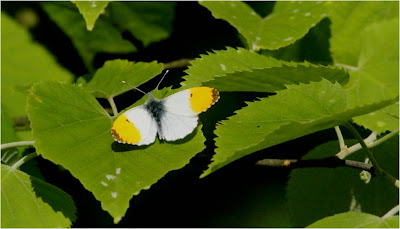 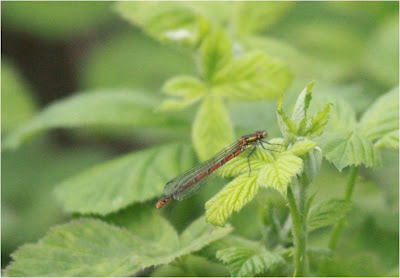