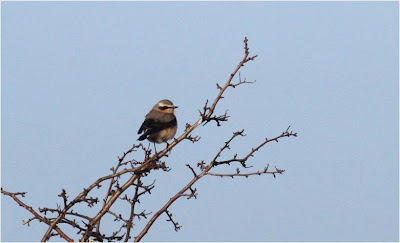 A wheatear-less day yesterday, but there'll be more.  Monday there were still 2 birds, down to 1 on Tuesday.  Not surprisingly the Stonechat had moved on overnight Sunday, I might have to wait till the autumn to catch up with one of these. 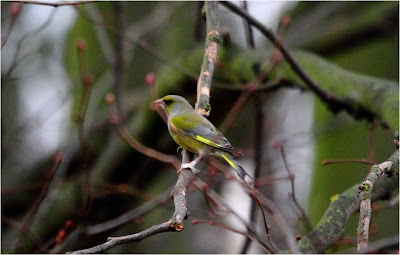 So I had to make do with some migrant action in the form of new Chiffchaff, "new" Blackcap, and Parrot co-joining in west copse (news just in that Bucks Mike might have seen a Little Owl disappearing into this copse today - Thursday - too late to organise a massive twitch). 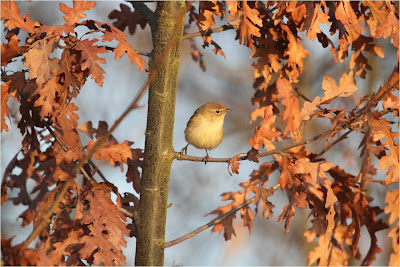 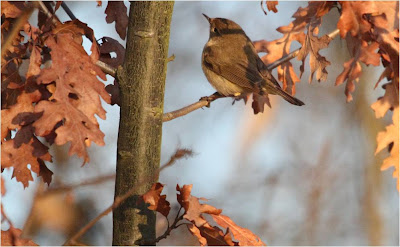 The Parakeets were doing it again in west copse, the only acceptable form of co-joining permited in our woods thankyou. 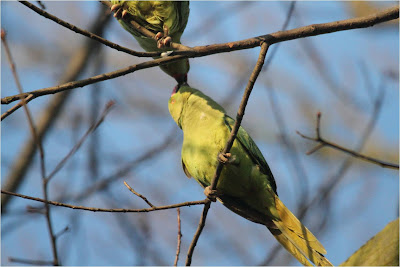 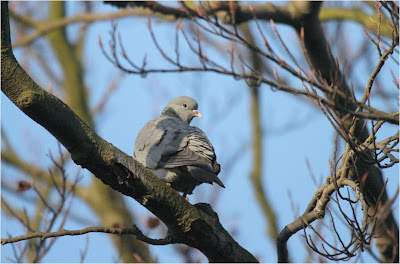 2 Peregrine have been seen circling over the flats scaring the remaining gulls - most of the Black-headed gulls appear to have moved on, though there are still reasonably numbers of Common - one with a feather missing out of its wing, the other an apparent first winter bird. 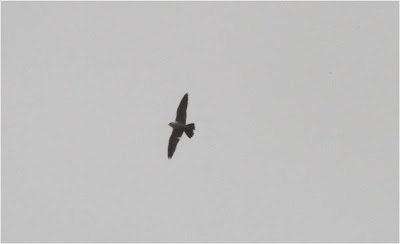 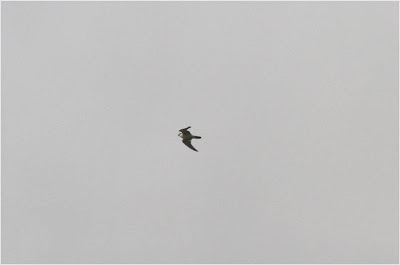 I was convinced I had a Willow Warbler calling from the east end of Alex in rat wood.  I put some time into tracking the elusive little bugger. Sounded good, had pale legs, but the wise heads aren't convinced it being so early and all. 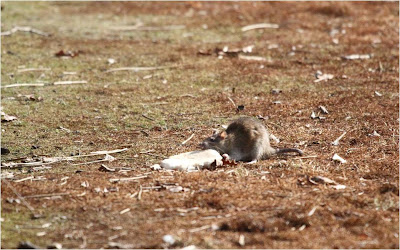 There were 2 Chiffies close by so comparisons could be made.  I think I'll get another one soon, so no tantrums.  As it happens some git on the London Wiki deleted my entries again yesterday, so I don't imagine a small warbler tick frenzy.

Jono has just called to say that a pair of Great crested Grebe are prospecting and nest building on the Basin, while the other two singletons await their dates on Perch and Heronry respectively. 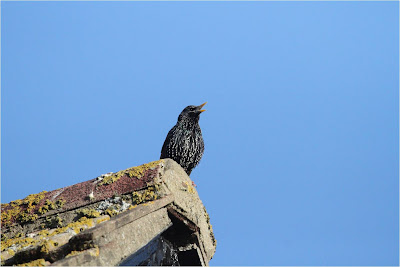 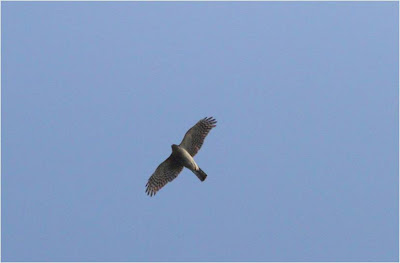 Steve got the Mandarin again in the fortifications, but otherwise Teal are hiding out in the Park only and Gadwall numbers are way down.

A mattress turned up on the shores of Alex, Mango were seen bobbing up and down on the river, and an overshoot deck-chair put in appearance north of west copse.  I had an anglers chair on the side of the model aircraft field so its shaping up to be an interesting Spring. 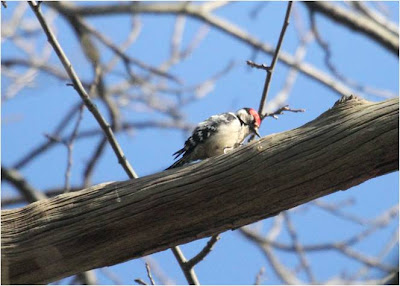