An all too brief weekend 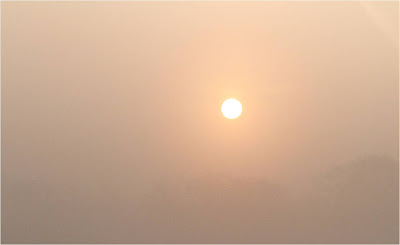 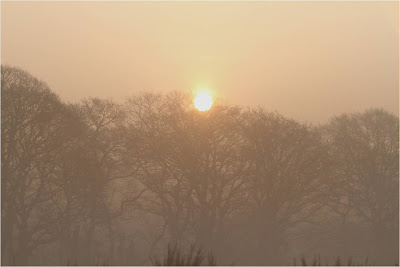 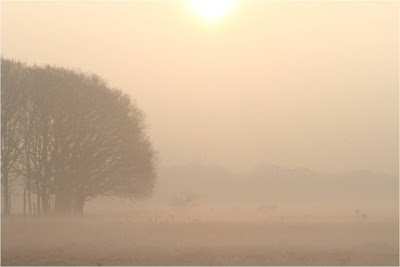 Saturday and I was due to pick up an old lady from Liverpool Street, so had to make the most of the morning. Rushed down to the flats to find them, or rather not find them, where they should be. A blanket of fog met me as I crossed Capel Road, happily coinciding with a Yellowhammer making its way north into the soup calling as it went. It wasn't too long before I could make out things as I made my way down the central path, but it did appear that things were not quite in the places I had left them.

A couple of Linnets and another one, little else so I rushed down to Alex. Maybe, like last year some waders had got stuck waiting to gain their bearings again. Zip bar a couple of Teal, yes got that one wrong they are still here, and a rather photogenic Heron. I am rather pleased with these. 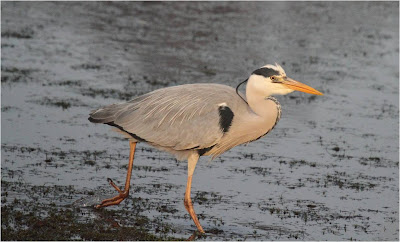 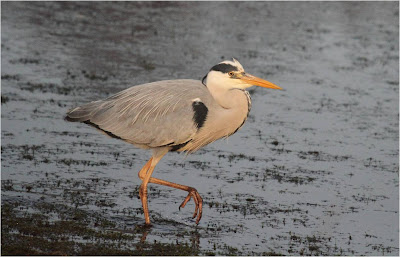 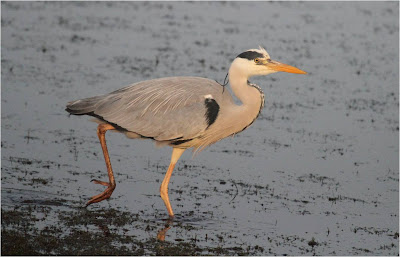 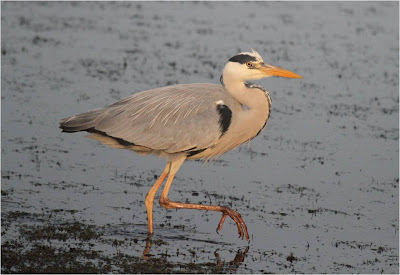 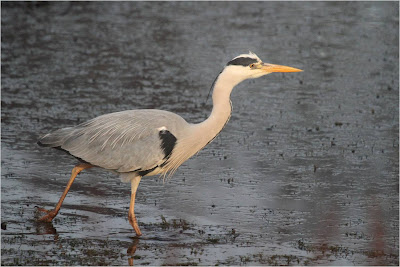 Some Chiffies, now up to 6 singing birds, and a Blackcap. Tried the Jubilee just in case some martins were there. Nothing but a pair of Gadwall. Interestingly the water levels are receding quite rapidly, and with drought restrictions in place or coming soon, it doesn't look like they will be able to pump water in any time soon. So hope for waders, disaster for the birds reliant on the pond.

Then I had to go. Turns out the old lady was my mother. What a dutiful son I am.

Sunday and Mr Fisher scores with a Rook - patch mega - initially I read it as Rock Pipit. I need a rest. Early doors tomorrow and I reckon Hoopoe. 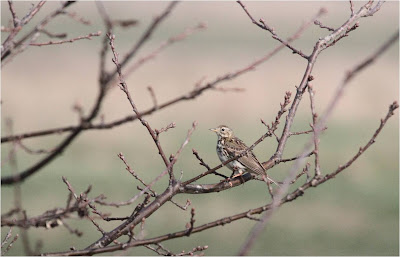