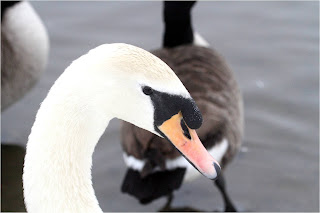 Today I could have stayed in bed. I know the portents were good for birds, I just figured it was warm in bed my eyes were doing shut better than open, and the open spaces would be full of people rolling up huge lumps of snow or sliding down the smallest inclination. Enjoying themselves, pah!

Bloody texts about more bloody Lapwings flapping over the patch, and Mr Fisher finding all and sundry in a really stinky old creek down at bow, or sub-duvet. It was a close call. 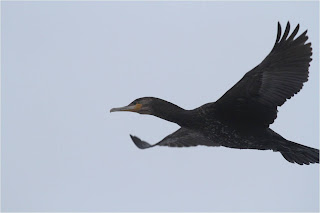 Late out on to the patch I met Jonno and Stevey T half way towards Alex. Lapwings were the order of the day and on cue another party flip-flopped across the sky, their black and white plumage stunning against the muted tones of sky. 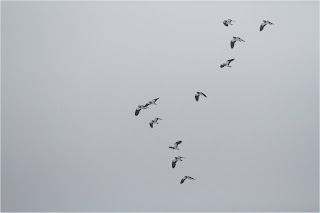 While they recounted their morning, 2 Snipe raced across to the south. Which only served to remind me that I should be down the Roding looking for snipe! 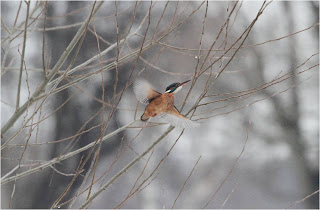 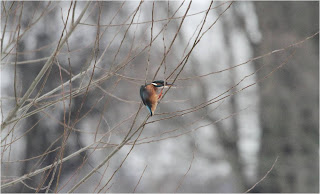 We made our farewells, Jono desperate to reach 200 Lapwing for the day. An unheard of proposition, ridiculous. I skied over to the Alex heading for the tea shop in the park. 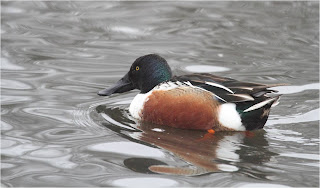 One look at the gulls on the ice to check for Meds, won't be one of course...

oh a med! I thought, but my bins steamed up. Wiped clean the bird I had been looking at had gone. Shit I'd sent the text. Next text: I think!. Found it! 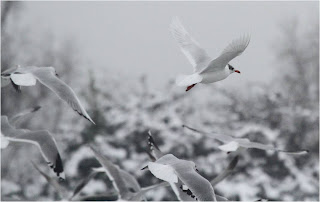 And that was just the start. If it were not for the gull

we wouldn't have been at the Alex.

If were not for the man who flushed the gull...

.... they would have not come closer, instead of Jono going round the other side of the lake to get a better shot of the med.

... we wouldn't have got the Jack Snipe as it came in to land 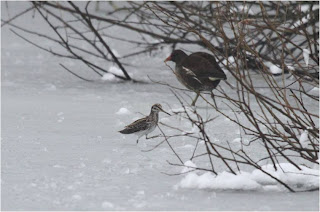 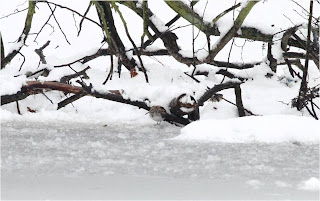 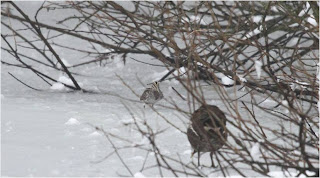 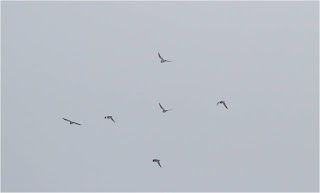 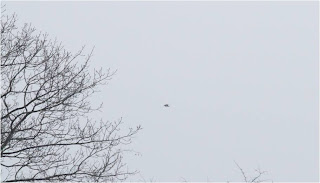 All down to Lapwings, and Luck 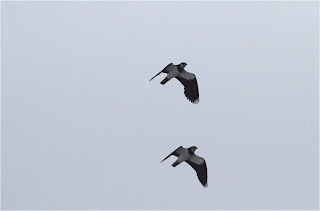