I squelched around a bit looking at the gulls and realised I had not improved one iota since the weekend. There were too many and really I couldn't muster too much enthusiasm for close scrutiny of any of them. The Caspian showed briefly on the south side of Alex but then quickly joined the insatiable mass fighting over another delivery of stale bread being dumped by the car park.

I splogged back to Long Wood on my way to what's left of the SSSI, when I realised I was looking at a Firecrest not six feet away from me and showing ridiculously well.  After all the countless hours wandering round past siting locations in the park they turn up here.  Cue fumblings for the camera. I've imagined this scenario before: how quickly and smoothly I retrieve the camera and smash killer shots of the monster rarity as it flies over–except it never happens that way. The camera snags on my rucksack–the tie chord at the bottom or the other useless bits of fabric that are found within.

The bird still bobs around in the small leafless oak in front of me.

Zoom extended, camera on, AV set, the strap finds its way over the end of lens.

It's now found its way over my eyes.  Freed and ready I am alone.  The Firecrest tired of waiting has buggered off.

I catch up with it later on the other side of the wood, but its now in deeper cover, further off the path and it's dark as stink. I can't see what exactly I am shooting, or have shot on reviewing the frames.

There are now two of them, which doesn't help, flitting through the trees.  As quickly as you find one it's gone.  Dozens of blurred and empty shots and quality posterior shots later I give up, but we needed some illustrations for the annual report. 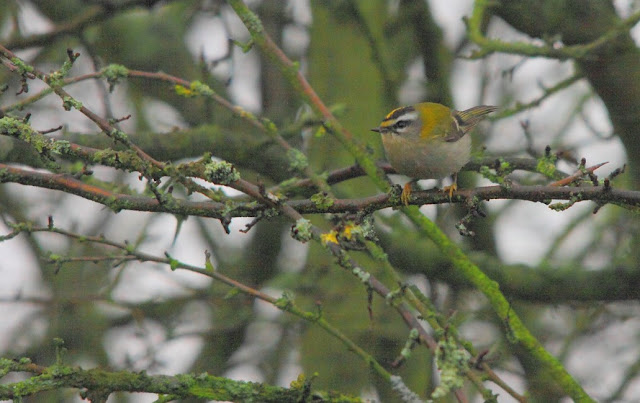 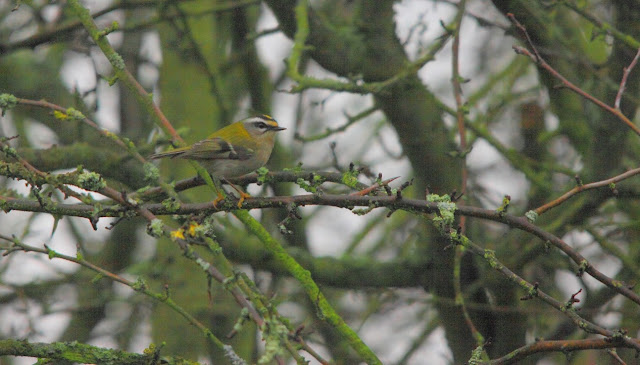 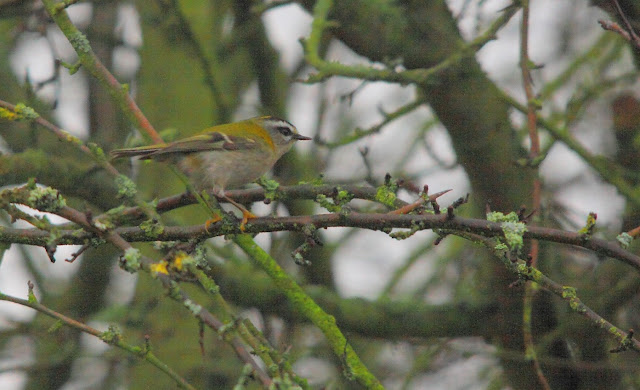 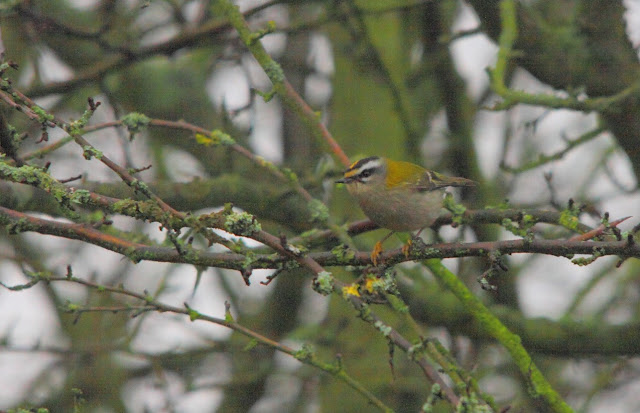 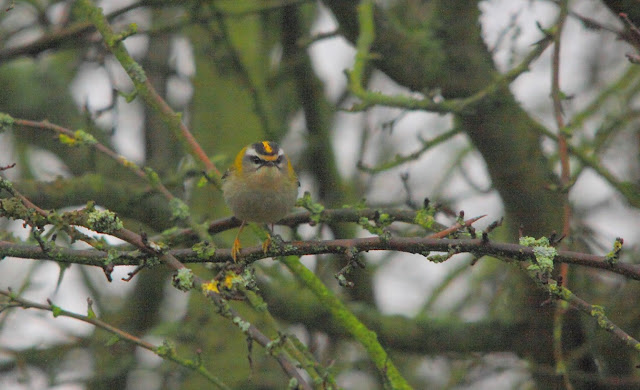 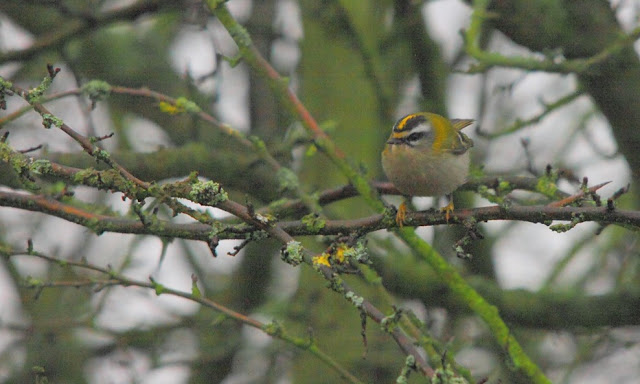