After seeing this pristine-plumaged Whinchat on an unmown strip between blocks of football pitches on Wanstead Flats on Saturday morning (18 April) – and after seeing Nick and Tony's great photos of the bird (some of which appear with this article) - I was inspired to look back over our spring records.

To put things in context, this gorgeous bird winters in sub-Saharan Africa and breeds in uncultivated, often damp, areas in north-west, northern and eastern Europe – though sadly no longer in London, where the last confirmed breeding was at Rainham in 1989. Pairs have certainly summered in that area since then, but for Wanstead its status is of a passage migrant in autumn and to a lesser extent in spring. Returning birds are regularly seen in some numbers in late August and September, when Wanstead Flats is one of the best London sites (with a peak count of 13 in 2009). Notably also, autumn birds tend to stick around for a few days. 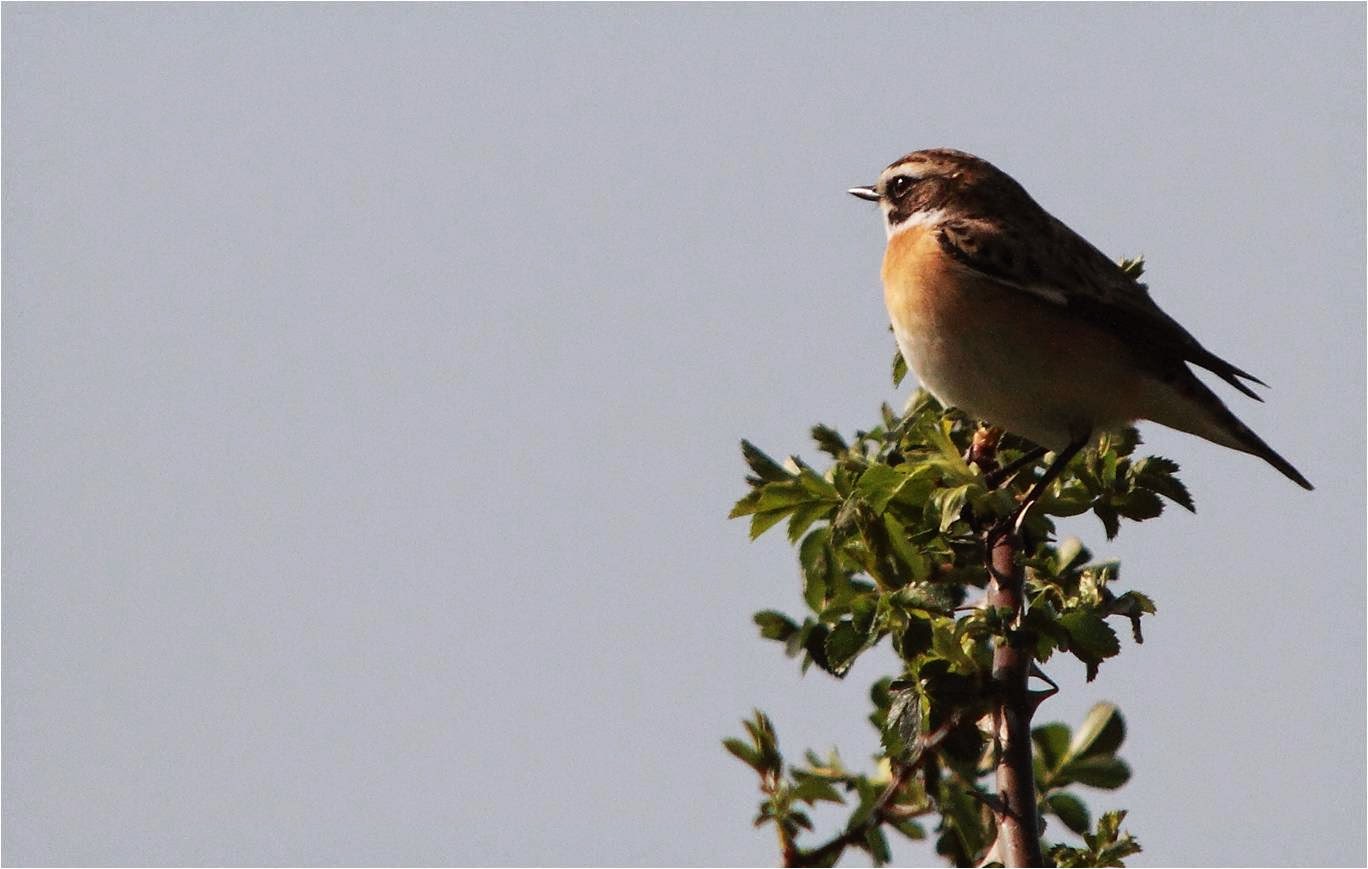 Spring migration is much more of a rush and passage dates are more tightly concentrated. When trawling back through old bird reports I was surprised to find years when no spring birds had been seen at all, though we are hampered by a very incomplete set of local records. In the years 1976-81, during which there were published records, the only migrant noted in spring was a male on 8 May 1977. The recent picture is healthier, though whether that represents more individuals stopping off here on their way north – or simply much better observer coverage – is impossible to say. 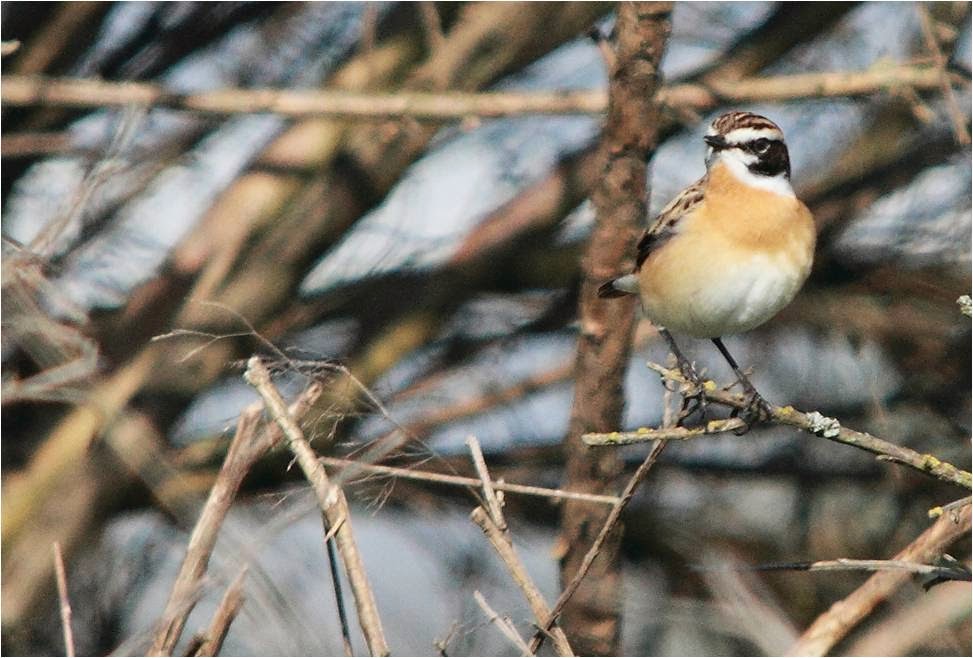 One thing is clear: the male Whinchat found at the western end of the Flats by Dan Hennessey on 16 April is the earliest record we’ve had in the recent sequence of reports, dating back to 2009. Indeed, it could be the earliest record ever. It is also an exception to the rule of thumb that passage locally is pretty much confined to the last week of April and the first week of May. Assuming Dan’s individual and the bird found at the eastern end of the Flats two days later were the same (and they may well not have been), there have been five April birds and eight in May, with the latest being a male near the broom on the Flats on 11 May 2012 and a female in the same area on the same date in 2014. There have been seven males, three females and three unspecified. The best recent springs were 2012 and 2014, with at least three birds each, though there’s still plenty of time for that total to be matched this year! And the best places to look are on and around the broom south of Long Wood, in the SSSI and in the scrubby grassland opposite the Golden Fleece. And here’s to plenty more! 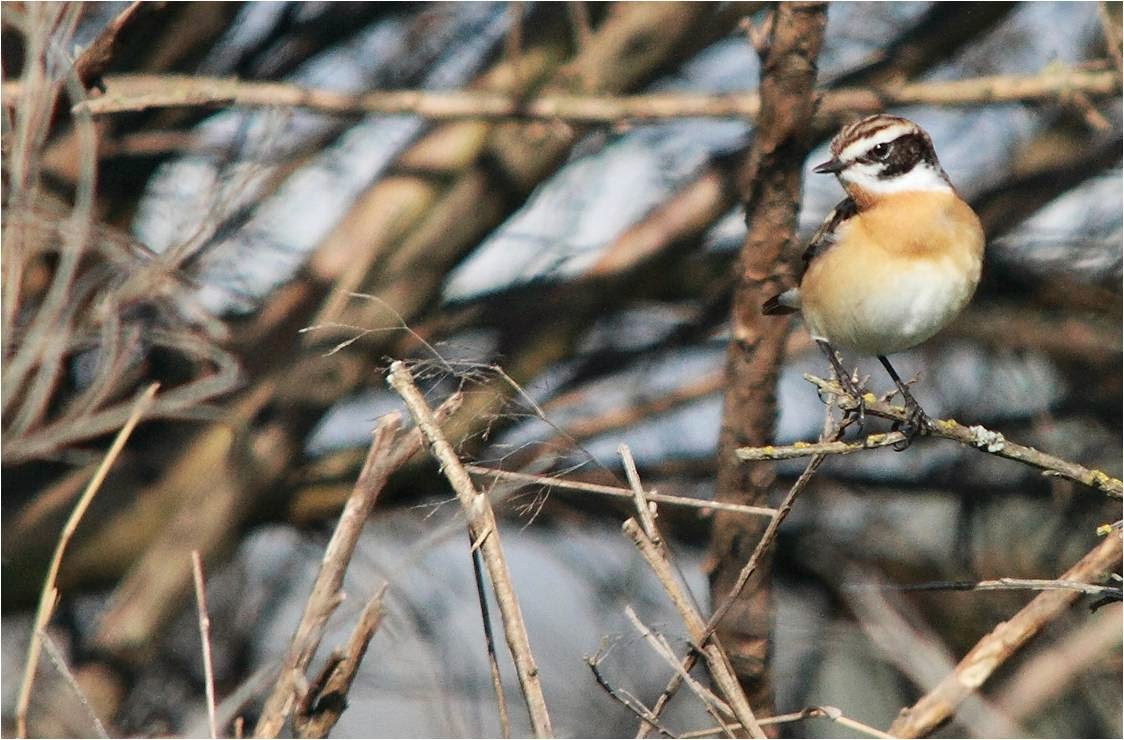