Now that's what I call visi-migging (Part I)

Tooled up for Shetland I almost didn't get wet, but with nothing much happening I was on the verge of giving up. At that stage it looked like the two Stonechat and two Wheatear, would be as good as it got. Back at Long Wood a couple of Redwing had flown in, but I wanted to have a look at the police scrape to see how flooded it was getting before buggering off home.

On reaching the SSSI I could just about make out large birds flopping about, wiping the eye-pieces of my bins they became Lapwing looking like they wanted to land.  They didn't but the three-quarters of a year wait was over, get in! By now flocks of Redwing, small at first, were zeeping through. Large flocks of Starling were also wheeling around, seemingly going nowhere.  I gave up counting Redwing at around 250 birds, then the flocks went silly. Met up with Richard, who had come out for the Lapwing too late, on the south side of the SSSI, but he didn't stay too long.

Three Swallow passed through and lingered awhile feeding east of motorcycle wood, and I decided a good place to be would be the visi-mig point in the brooms with its better 360 degree views. A Snipe scooted through the SSSI as I left, which made me think today could be a wader day. I hadn't been too long at the VM point when I heard the plaintiff cries of goldies well before I could find them in the rain heavy sky. Get in! I wandered up and down centre path and found an ouzel in the lone hawthorn where they like to be flushed from in the early mornings. No sooner had I texted that out than the rasping call of a Dunlin making its way east was picked up.  No sooner had I texted that out a flock of finches landed in the sweet chestnut in centre copse. Fifteen spanking Brambling. Now this was getting ridiculous: a four tick day!

I waited till it got dark in the hope of Curlew and Oystercatcher, or even Black-tailed Godwit, but all I got was a Snipe. Another Ouzel had turned up in the lone hawthorn and refused to fly even with me close.  It took a dog to flush it north into the brooms south of Long Wood, where it narrowly escaped being taken by a Sparrowhawk later on.

It is going to rain most of the week.  Bring it on! 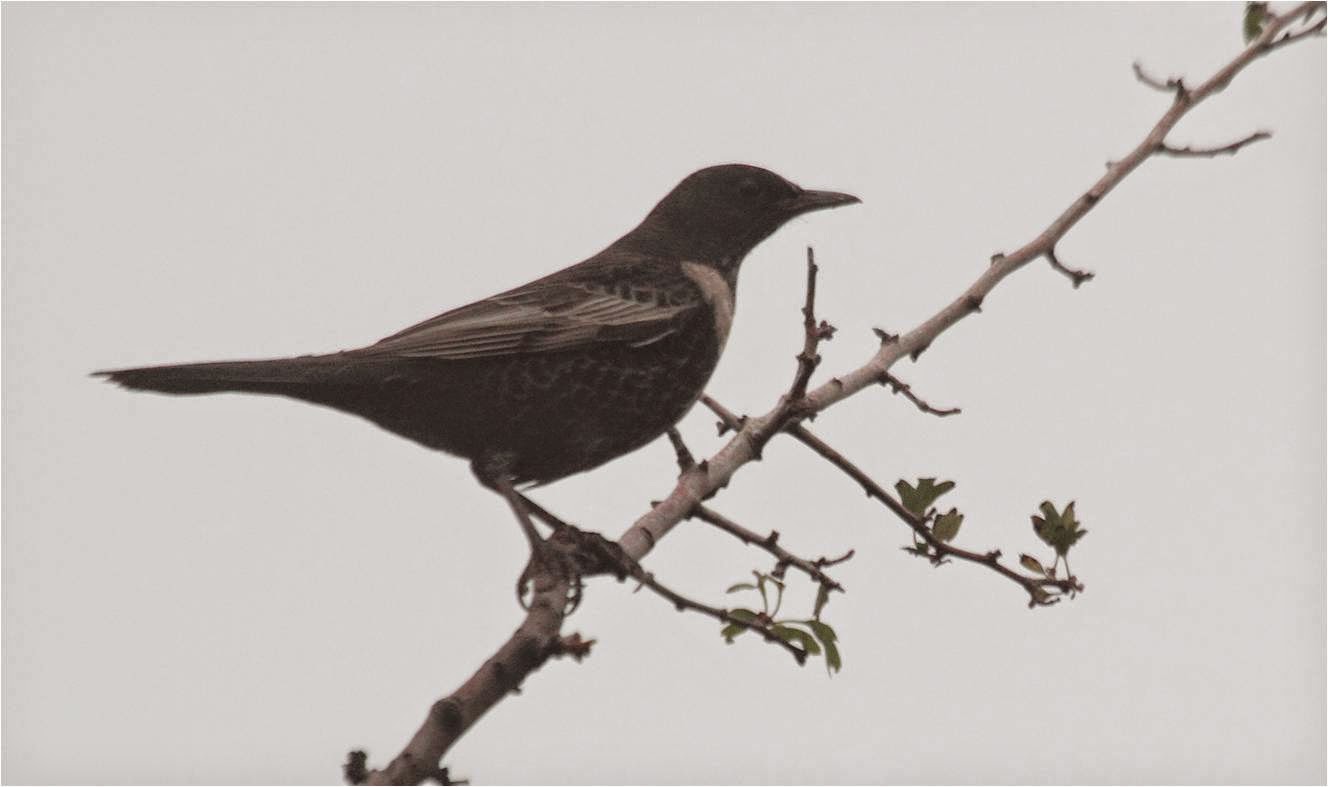