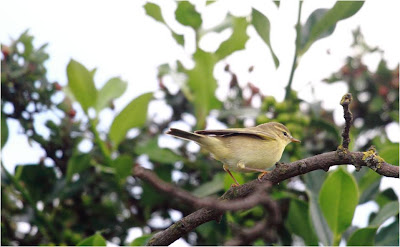 After 2 weeks away seeing birds, it was good to get back on the flats and in the park, albeit late in the day. Not much about though and it was a bit of a struggle. Took me an hour to find my first Whitethroat hiding in the SSSI, longer for Starling and Robin.

Perhaps it was all about that time of day. A good number of Swifts and fewer Martins graced the skies, a Sprawk held their attention for a bit, but it just sailed higher and out of view over towards the Alex. 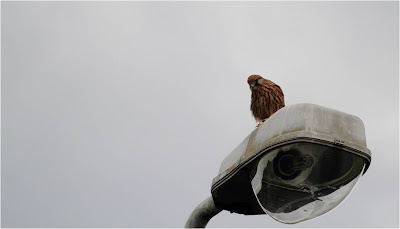 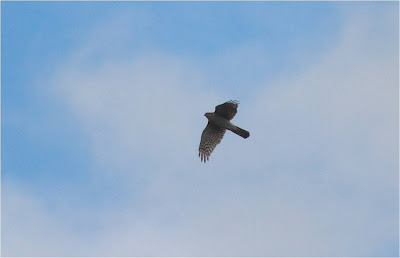 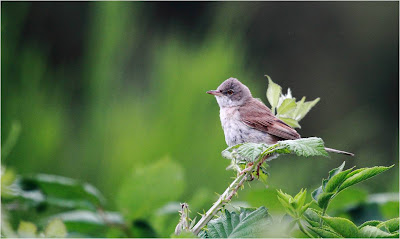 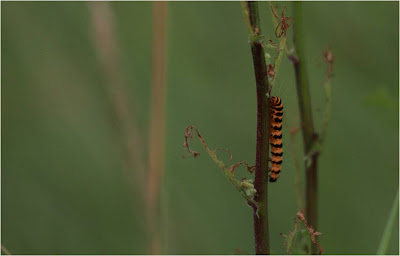 Not much in the way of birds, but way more than the usual number of butterfly and my first Spotted Burnet of the year, here at least. A good few Cinnabar moth caterpillars too. 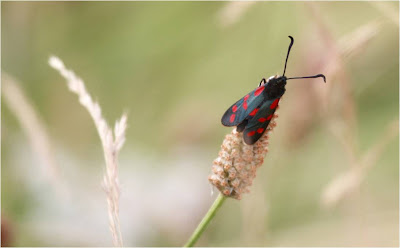 The strange men were in Long Wood, you'd have thought with so much police presence they would have gone somewhere a bit more secluded. You'd have thought too, that flying model planes would have been banned for the duration of the games, just in case someone decides on a drone attack on the police muster station, but no. They were there as were all the rest of the patch's annoying users. 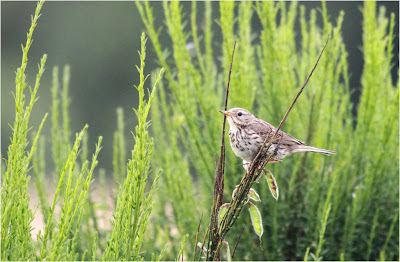 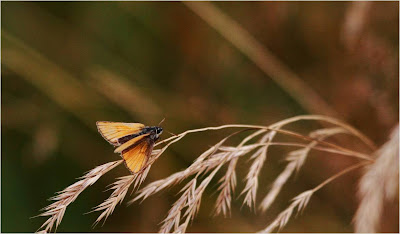 The park wasn't much better and the tea shop was closed. Sounds from the reed bed on the Shoulder of Mutton suggested a new generation of Reed Warbler, single Little Grebes and a lone Great-crested Grebe chick with 1 parent wasn't too encouraging. I slogged on to the old sewage works, where a bit of illegal fishing was going on. So very little there then. 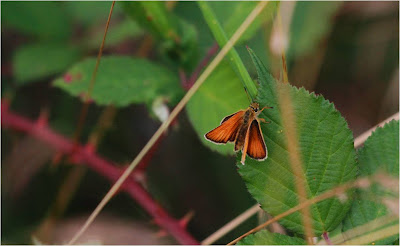 The sun was setting as I walked back via the Alex. Four Sand Martin darted about then moved off east. An ugly small dog was trying to bate the Mute Swans, while it's owners ignored the hissing of the swans not wanting to interrupt their smoke. 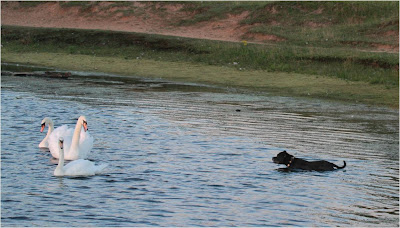 Not a great return then, but with Wheatear and Black Redstart at Alexandra Palace something good has got to happen sooner or later. 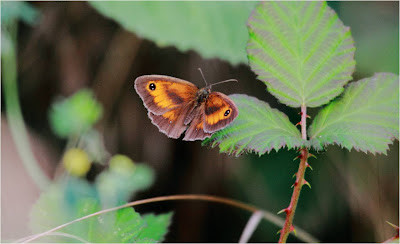 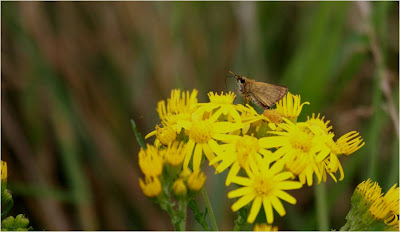 How much holiday have I left? 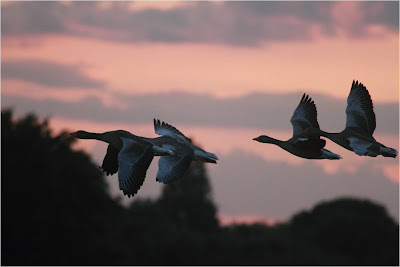 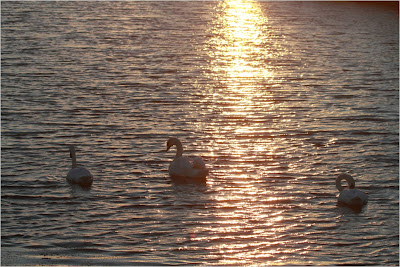 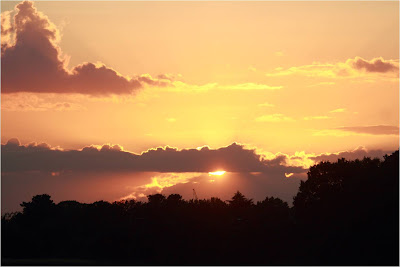 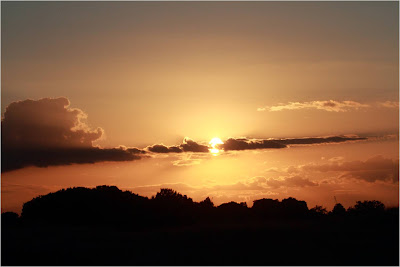 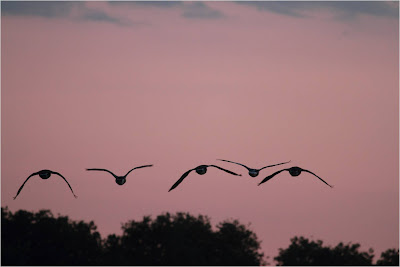