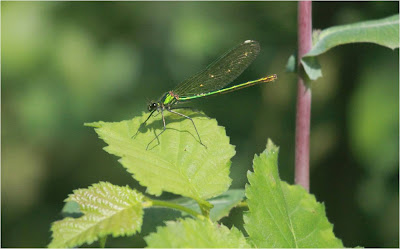 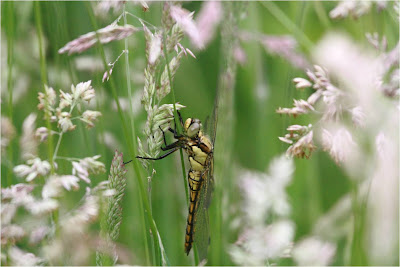 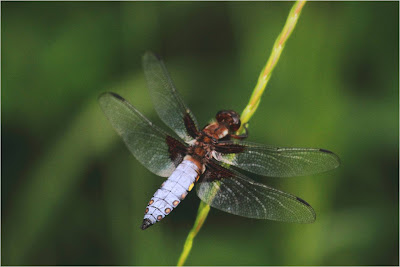 After the clouds rolled away, came back, rolled away again, it really wasn't such a bad day.  Bit humid, but the bees were humming, grasshoppers stroking their legs, birds singing, dragons and damsels on the wing all over the place.  Three Siskin called as they flew west over Long Wood - unusual. 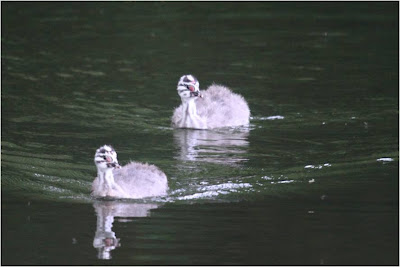 I refound the 2 grebe chicks that had been misplaced by Steve and I on Monday  (that they had already been refound by someone else yesterday is neither here nor there). 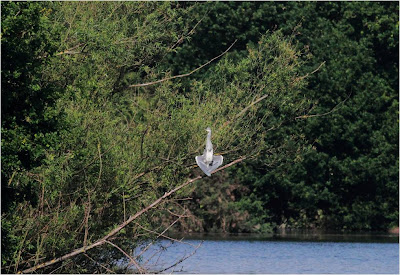 After 4 pleasant but wholly undemanding hours I was wandering home trying to resend a tweet regarding grasshoppers when I noticed these*:

A message from Paul Hawkins: @wansteadbirding What eye stripe?

to which Brownstonecow (AKA Mr Brown) said: I'm not sure @wansteadbirding has mastered the Q&A on twitter...**

To you all: Correct! 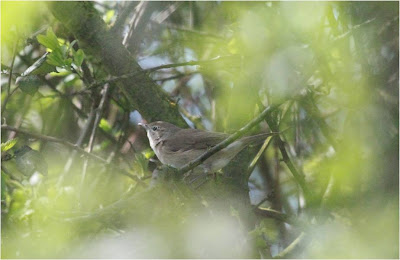 Not from Wanstead, but borrowed from another superb blog, which I can categorically say, without fear of correction, never makes mistakes!

Though to be fair it does have a very feint eyestripe, probably not its most prominent feature I grant you (getting stringy), but in my defence (stringier) it was heading towards me, soooo maybe I got the eye rings blurred (STRINGY!) as it flashed passed!  Otherwise it did look good for a GW, er, and I did raise my concerns regarding the "eye-stripe" at the time, but having consulted the BG app, and later the Collins  I was, er satisified.

OK probably desperate. We should have had the little buggers by now. Nobody's meant to be reading this blog anyhow, especially not the tweets. Blimey!

And in a flash it was gone.  We'd better get some in the Autumn migration or it could make a dramatic return!

So another groveling blog is ended, picked up delicately from the path and tied in a plastic bag to the nearest bush.

You're not going to like my Lesser Kestrel,Spotted Sandpiper, Ring-necked Duck, Baltic or Bonapartes Gull.... 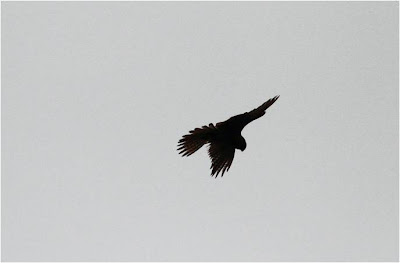 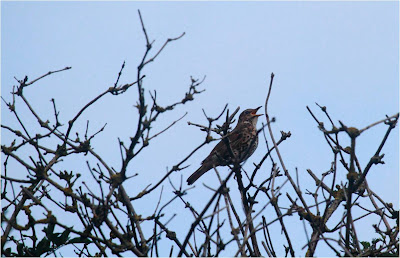 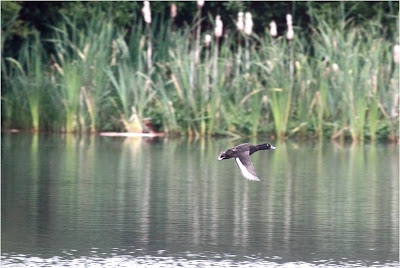 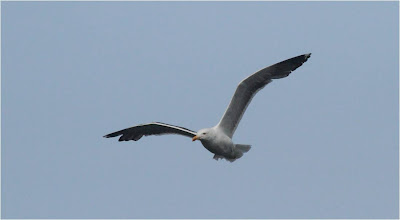 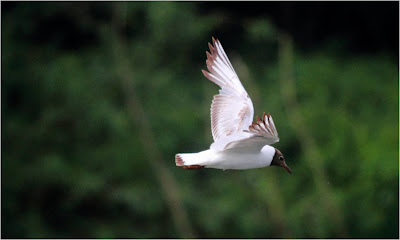 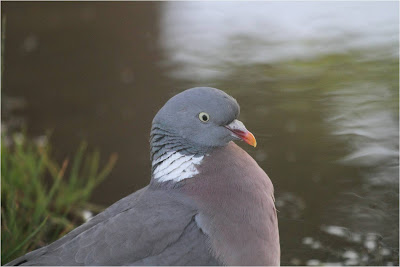