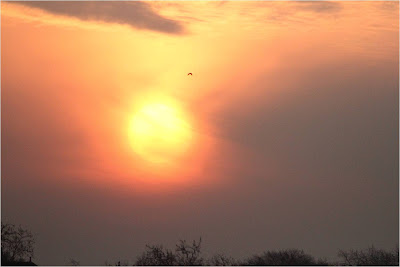 While Bradders and Jono have migrated oop North to search for Santas grotto and do a bit of birding on the way, we've been searching for our own mythical creatures it would appear. No sudden rush of migrants. A few more Chiffchaff and Blackcap, the oodle doodle bird is back - it's strange vocal flourish can be heard quite a distance from Long Wood, one female Wheatear and that's about it. Winter birds are still hanging on too. A handful of Fieldfare have taken a liking to Coronation Copse, but by the end of the week there were just 2, and possibly the last Redwing flew north from Long Wood early on in the week. Not that anywhere else is faring any better. 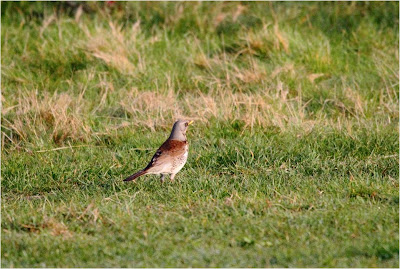 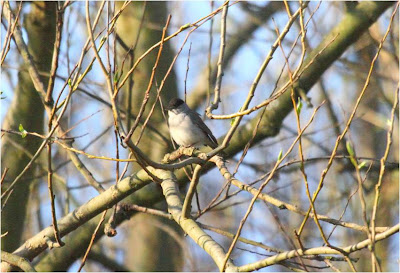 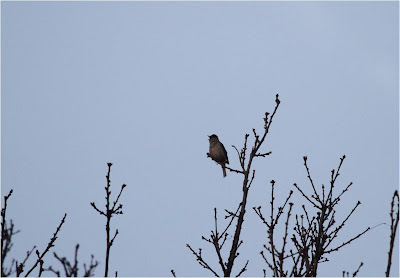 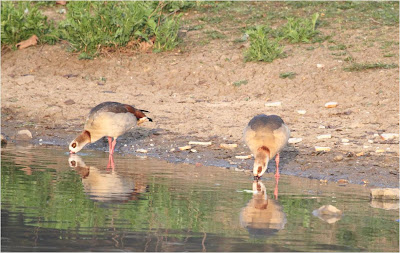 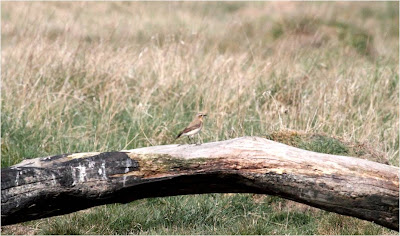 The Green Sandpiper showed distantly south of the gates of Mordor, until flushed by golfers and Steve refound the Mandarin in the fortifications. 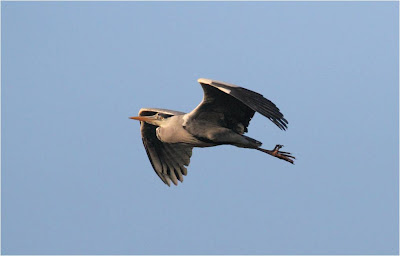 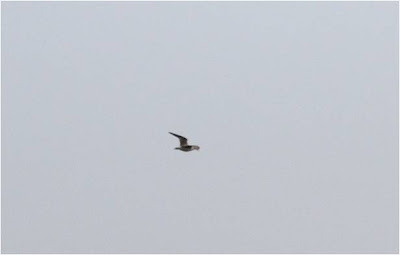 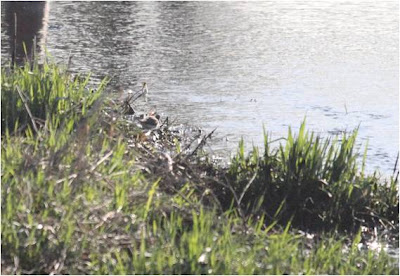 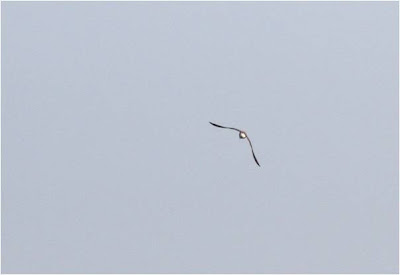 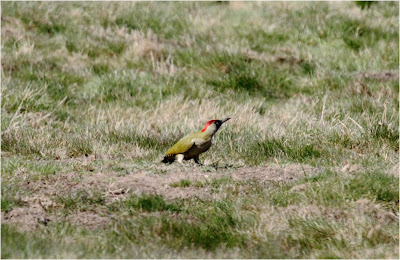 Now I am in a quandary, to go off patch for some Summer stuff, or wait for it to pitch up here. After all the first confirmed Willow Warbler finally gave itself up by the Shoulder of Mutton this morning (Friday) could the deluge begin? Better birding weather could be just around the corner. 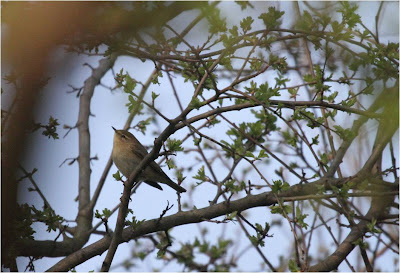 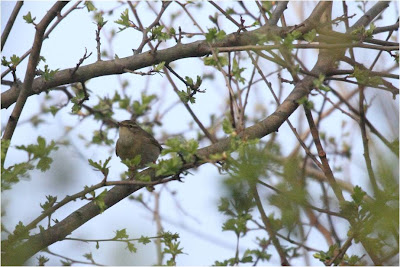 Even raptor watching has dried up since the high of last weekend, I could only pick out a distant Buzzard as I trod home on Monday. However some strange calls on Thursday, which suggested Goshawk when compared with tapes on Xeno Canto, only yielded a glimpse of a large hawk flapping and soaring slowly over Herony's southern woods.

On the plus side there is a pair of Great Crested Grebe now on Heronry, and they are displaying, on the down side side the mink was also seen on the margins of the lake attracting the braver ducks to take a look. Hopefully Jordan can get this little bugger before he can do any damage. 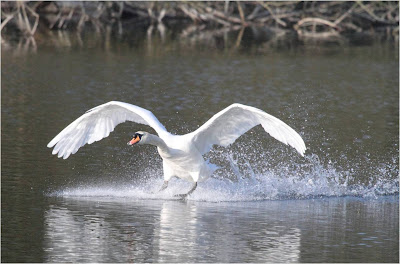 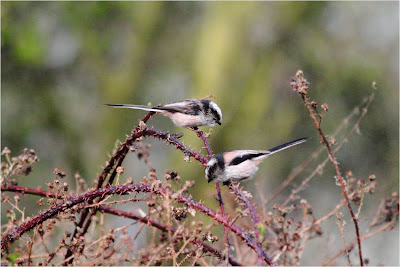 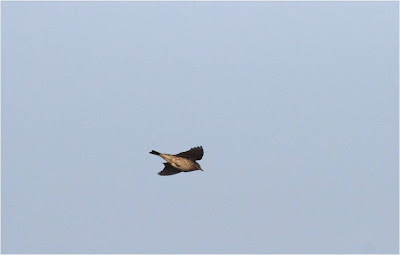 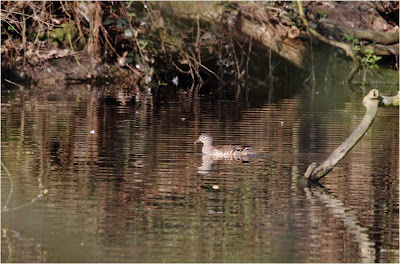 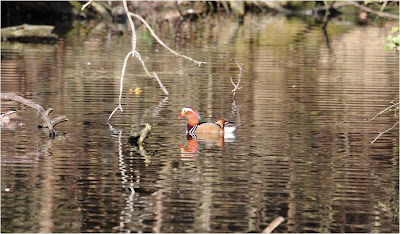 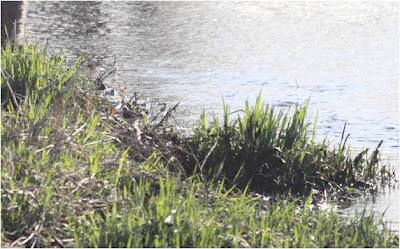