Stone Curlew over the brooms 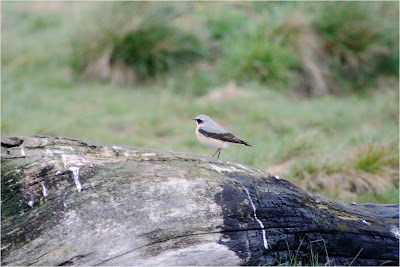 Rather damp this morning, and gloomy. I had a mind to get to Jubilee before the doggies and score big on a wader, but I am too easily distracted. First by a dumped moped in the little Angel pond, which made me test the edges for Snipe for some reason, then by a flyover bird. At first I thought it was just another, or the first of the day's Cormorants, so nothing special, however it didn't want to be a Cormorant and pestered me to take a closer look. Although too dark to get any finer detail it was a goose, a small dark goose lacking anything in the way of shouting I am a bloody Canada! Dark head shortish neck and only getting lighter towards the rear end. Bloody hell, was that a Brent. We had some last year when they were blown up the Thames, even had some fly by my house, Jono had some by Jub, I think! The goose carried on doing some crazy ivans over east copse and appearing to land. Choice made, off to Alex, and a race between me and some dogs to get there first. I lost.

Alex, though did have a Kingfisher, more brown than electric blue, and a singing Willow Warbler. Trudging my way back and already slightly lettuce like, I thought to check out the balloon stands for Wheatear, nada! I had just left centre copse when a strange bird appeared to my right not a hundred yards away casually flying up the centre path by the brooms. Strange gull, I mused. "***&&^%$£@@@@@@ me, a %^&@#### Stone Curlew!" 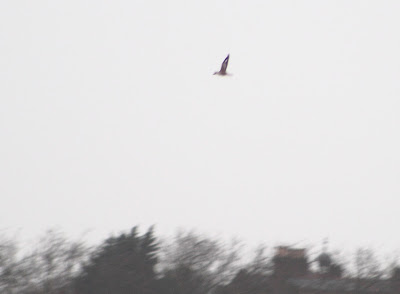 Jono will be crying over his laptop 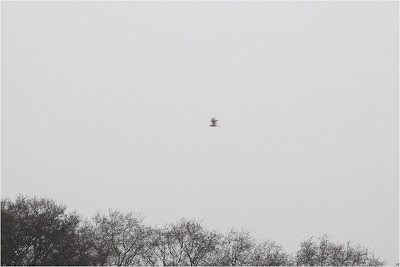 No excuses, just got a bit excited, should keep the recorder happy - you think?

It got stranger, what the hell is this Tufty up to? 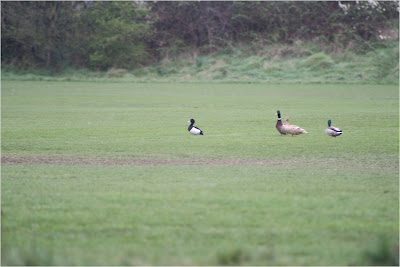 So a good day and to wrap it all off some of these little pleasures... 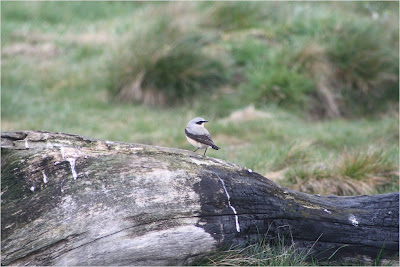