When a plan comes together?

With dawn creeping through the curtains it seemed like just the right time to get out and find an Ouzel and one of the deluge of Hawfinches that have been plaguing the country.

The mist was low over the flats as the sun rose and walking through the brooms the unmistakable braying of a Brambling flew over going west. The first for Wanstead this year. A little while later the double notes of a Redpoll. It was looking like an interesting day.

Time to check the SSSI, just got to the far side when Jono ‘phones to say he has a Short-eared Owl flying down the brooms heading S. Another first for the Wanstead year. Time for a wee jog to Centre road…and there coming back behind Centre copse the distant v shaped glide and flap of an SEO. (Incidental random nonsense - my 8th for the flats and the first to be seen in the same month as any of the others). Heading nonchalantly back towards Jono in the brooms he indicates another or perhaps the same one coming back on a big circle, so a record shot grabbed as it flew by. 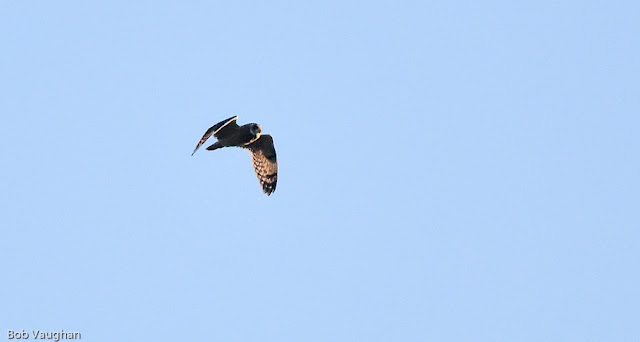 Time for some visimiging: 10 redwing, a siskin, then another, a few Chaffinch, 30 Jackdaw south and then another Brambling. A strange pipitish “pseeep” (Incidental random nonsense 2 - rather similar to the Red-throated Pipit I heard in Skaw or maybe…)  but coming apparently from a Skylark as we checked the through the local Meadow Pipit collective. The weather closes in and Nick arrives, counting chaffinch as ever. Things progress and we chase an interesting flock of finches, one of which I’m sure has a white patch on its rump. Not nailed though, and no calls as they dance about.

I get ready to go for the Sunday papers and Jono reckons on staying a while, until news of a Rock Thrush being seen in the Welsh valleys interests the avowed non-twitcher. Apparently the lure of the valleys are too strong, well for those who need it. The football has started so Nick and I stroll to the Esso garage. On the way back past the footballers, “we’re not going to hear anything here” I shouted, followed by the tootle of a Woodlark and it flies 5 metres directly over our heads!! It continues to fly on and then west off towards Jubilee. High five, well, we both had one through in the spring, and then we hear another coming in from the north. This one flies in and lands on the main path with a few pipits! 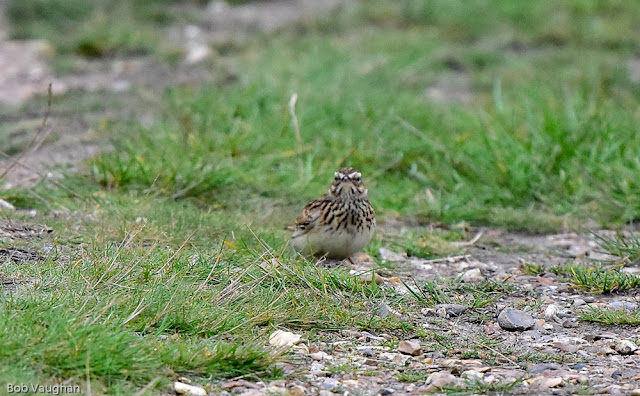 The first I’ve seen on the deck in Wanstead and it stayed long enough for some record shots. Yay.

Despite the action I head off for breakfast and Nick goes on to Alex. Here, inevitably, he completes a great patch day with a Rock Pipit, a serious Wanstead rare.

When I get back and go through the photos I find this pipit at the left hand edge of one of the early Woodlark shots. Just a bit odd? 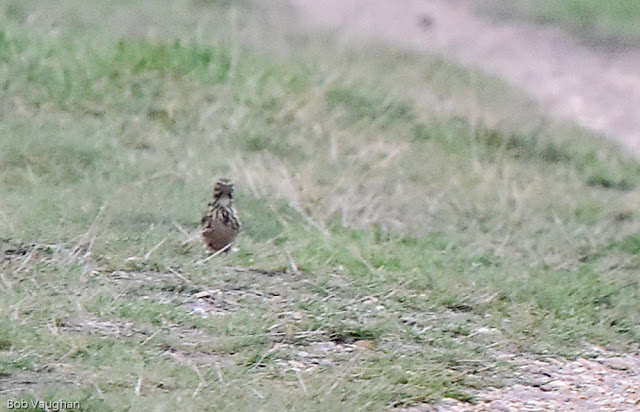 No Ring Ouzel and no Hawfinch (yet) but then why make specific plans, things just happen, sometimes.
Posted by Bob at Sunday, October 15, 2017