Friday night and it was the Wanstead Birders annual get together and so successful was it that no one managed to venture out the next day. Probably the best turn out we've had for one of these events and good to meet up with some of Tim's old Birdwatch chums that Bob and I had met a couple of times on Shetland. How the drinks flowed and how long did it take me to walk home?

Tony's tweet of Golden Plover over the flats meant at least one person had survived the toxic attack and after a bit of work on the 2016 bird report I managed to limp my way down to the flats by midday. It's still a bit icy on the patch, the ground hard and frost still holding out in sheltered spots, but apart from that a beautifully sunny day.

The low sun picked out the colours on a stunning male Sparrowhawk as he avoided detection skimming the brooms, probably the same pictured here a few weeks back.  the light was just right too, when I picked up the single buzzard being harried by a corvid over the SSSI.  On his own the crow wasn't too much of a problem for the larger bird that tiring of their joust headed off west. 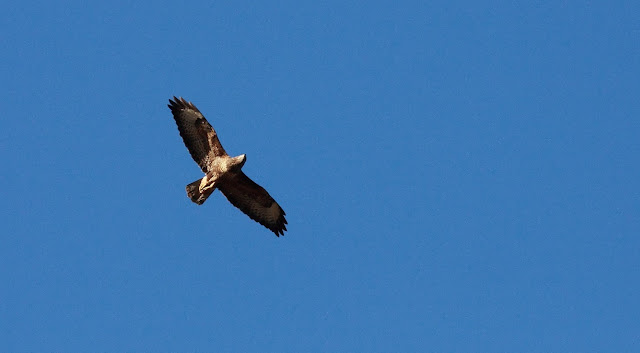 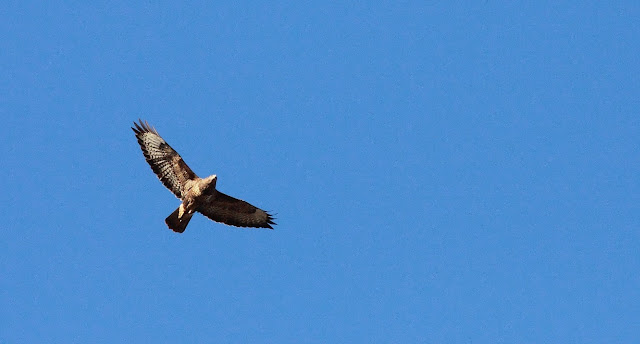 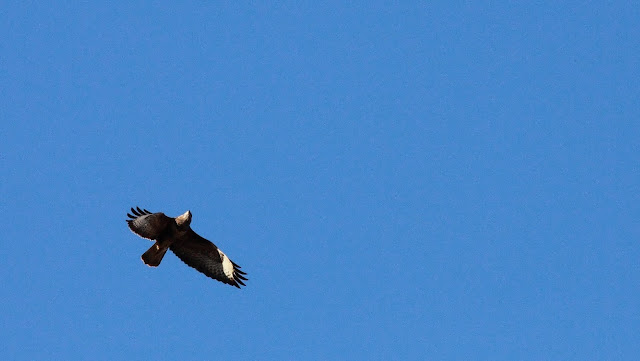 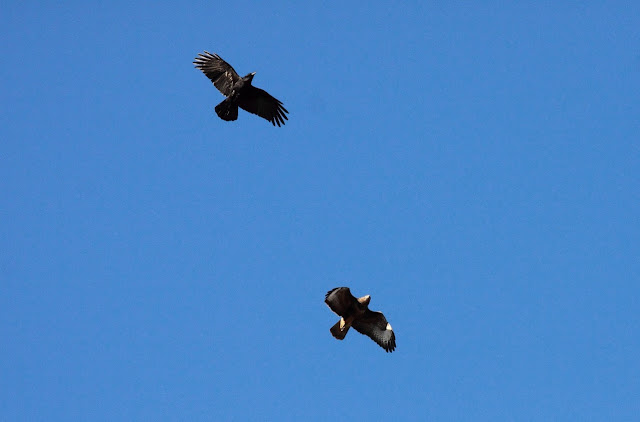 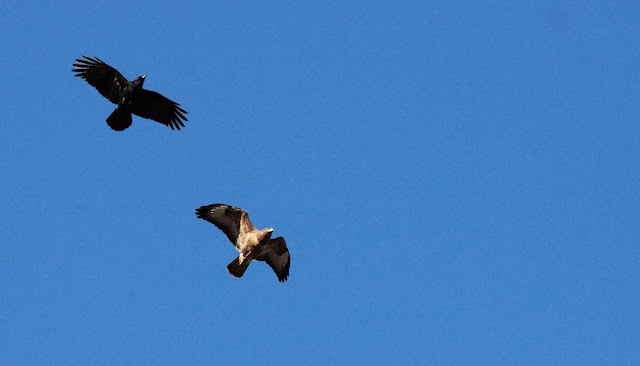 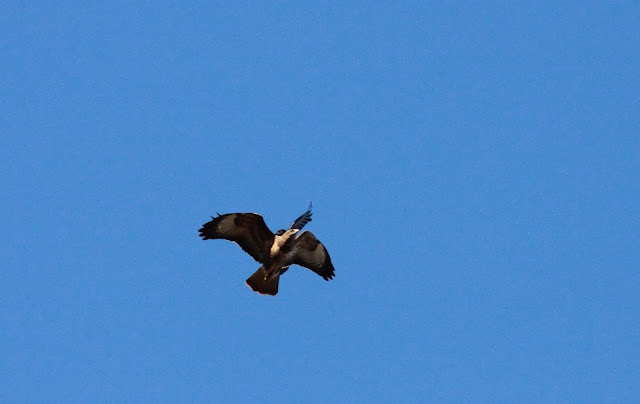 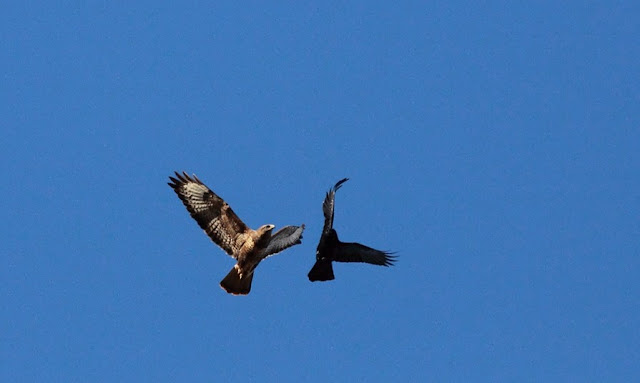 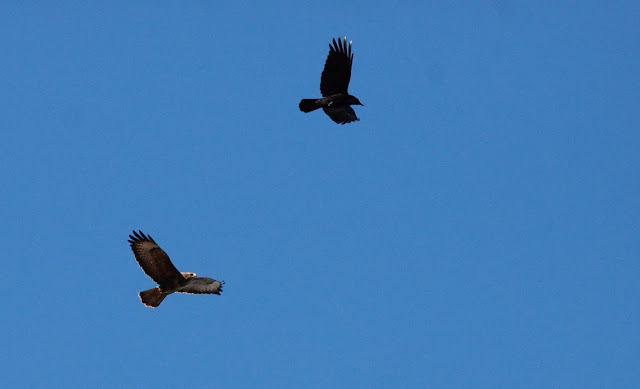 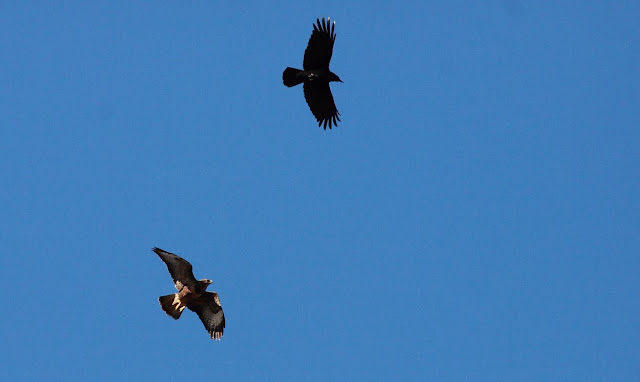 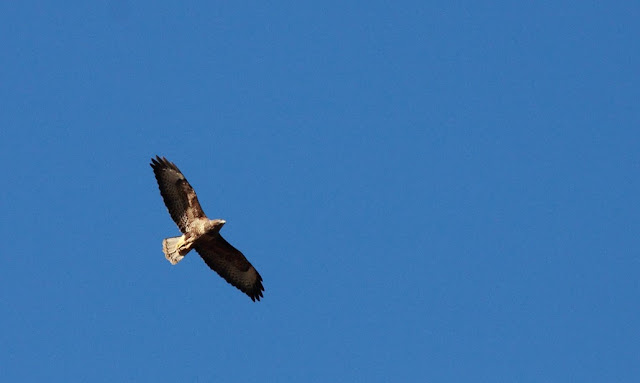 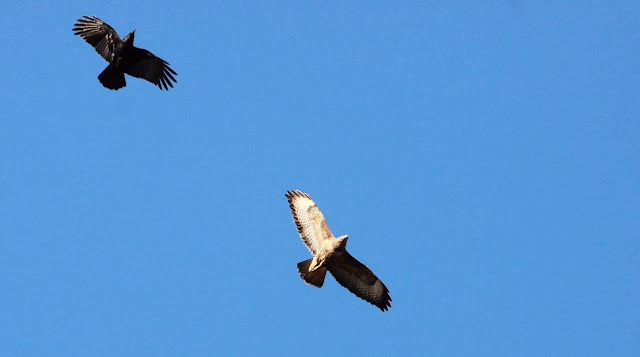 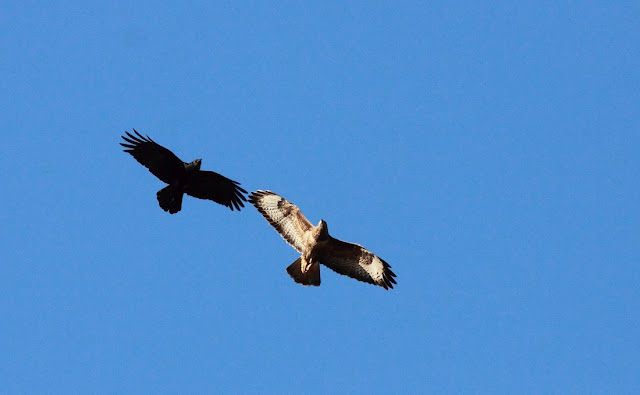 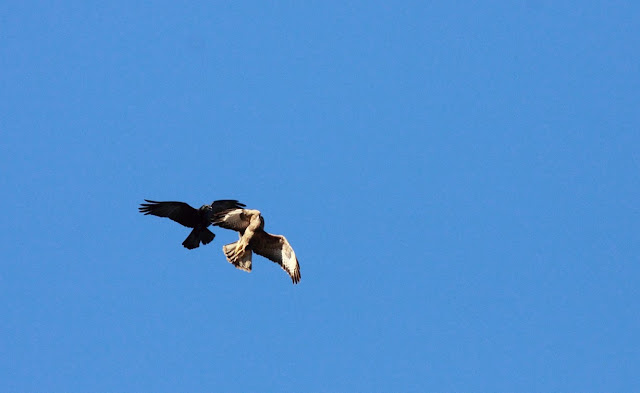 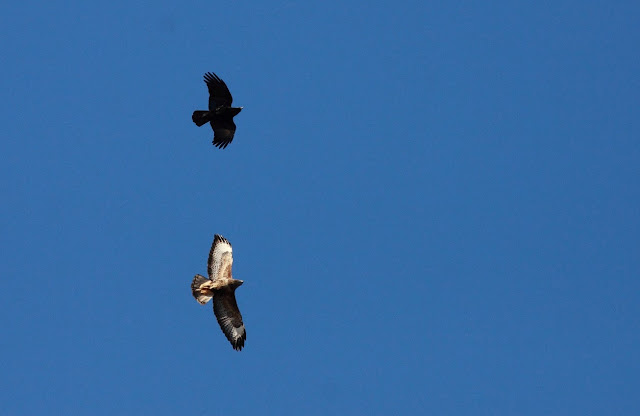 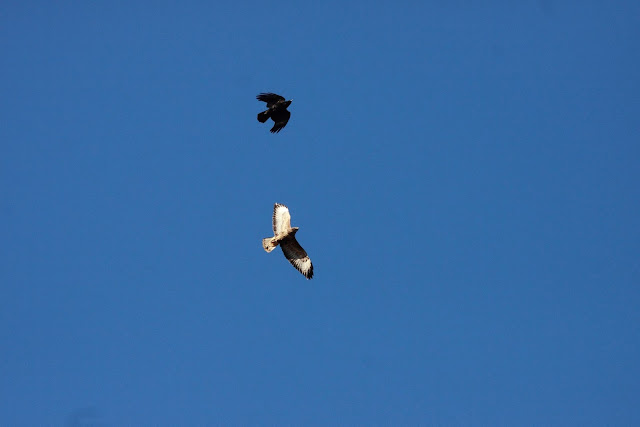 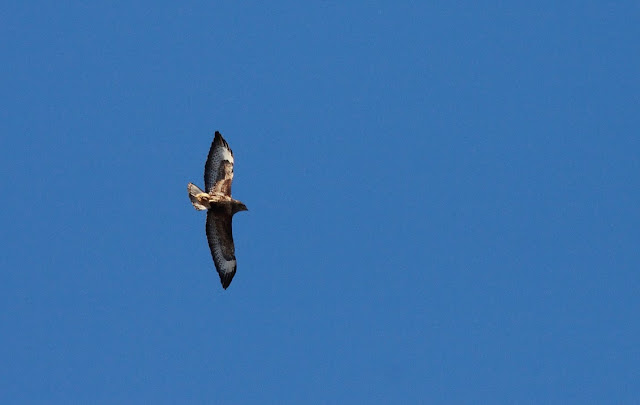 With a monthly list to procure it was off to Bush Wood for Firecrest, of which there were none to be found–I found one by the western entrance to Reservoir Wood. A Chiffchaff in the reeds on Shoulder of Mutton and one by Perch was good and means one has been seen every month this year, Blackcap on the other hand are slightly harder too find at this time of year.  Ice, still present on all the lakes, was keeping the dabbling duck numbers down, but a second Buzzard over the ornamentals with an entourage of crows was encouraging. I got to the Old Sewage Works with the sun all but disappeared but I didn't linger for Woodcock, it was getting much colder now.  Back on the flats I thought I'd just check out Centre Copse in the vain hope that a Little Owl might be present. Standing to the east of the copse I checked for its shape against the bright western sky.  One shape looked promising, but in my heart I knew it was just the contortion of an oak branch but decided to check anyway. On my way through the copse another shape moved close to the trunk of a tree.  Now this looked better.  I was beneath the bird before it decided it fly.  The Little Owl lives on!

So what was the predated body found late on in the summer? I never saw it and it with reports of a predated Kestrel in the same area, was it misidentified? Or was it a young bird? We'll never know now, but what is important is that there is still an owl hanging on in there.
Posted by Nick Croft at Monday, December 05, 2016