Last night the news broke that Tim's Patch BioBlitz had already achieved the magic 1000 spp, with still half the year left! Big up to all the many contributors to this impressive effort.

A bit of sun today, so all fired up, I went out to find elusive many-legged little things with no expectation of avian joy. Stared at a fast black Damselfly on SoM, but with no settlement, no idea. There was a perched Common Blue Damselfly on the path. 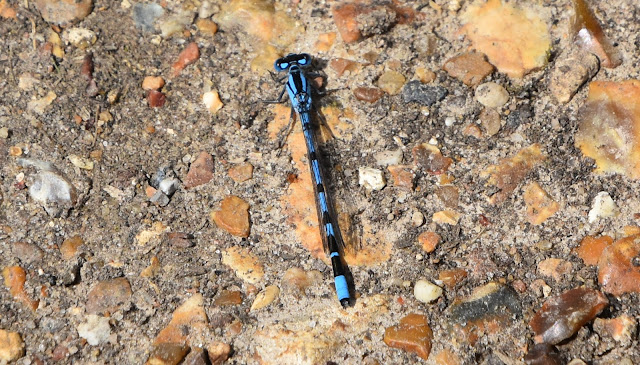 A tiny froglet hopped bravely across nearby. On approaching Heronry the bouncy flight and silvery plumage of a bird that had come in to fish the quiet end. My first Common Tern for two years! It went back to the middle of the lake and fished for five or so minutes. 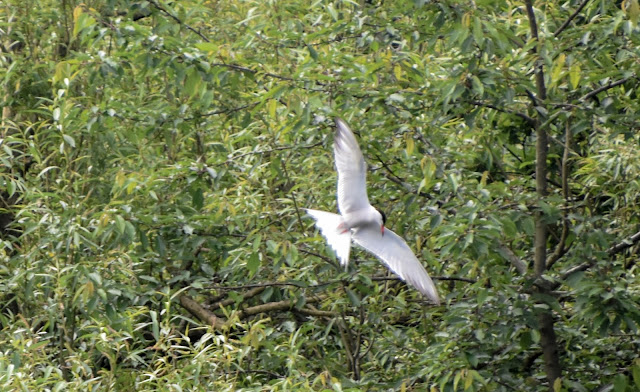 However after a successful dive it flew off towards the Basin. 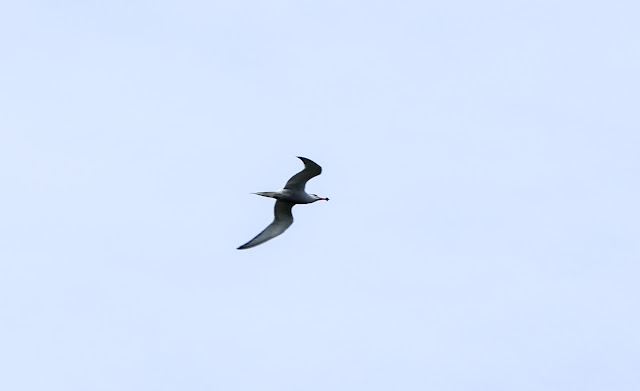 This thrill must have woken me up a bit, as a Hobby then flew straight past. On returning towards domestic duties I saw a large green Dragonfly flying quite high to the east end of Reservoir Wood, probably a female Emperor. There was a tiny Common Blue Butterfly up there too. The Patch keeps delivering such extraordinary diversity - get out there.