Am I rough enough?

Been here before!  Distracted from my plod around the park and flats, I was just trying to see where a Rock Pipit had, if it had, pitched down on Alex, when I saw a corvid confluence centred on what appeared to be a very pale Buzzard with a broad white tail band. Nice dark leading edges, dark carpals, palish looking head... but there was that very pale buzzard at Rainham a few years back, which I saw later on my way to Cambridge from the train.

Crap pictures because it was distant, but you were expecting that... 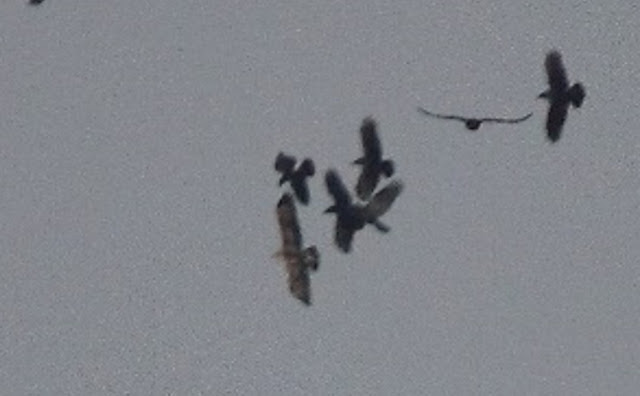 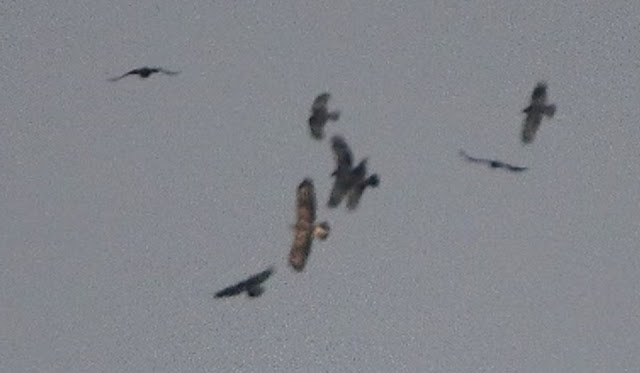 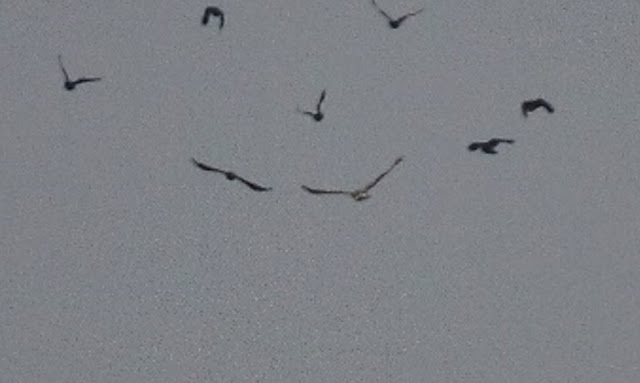 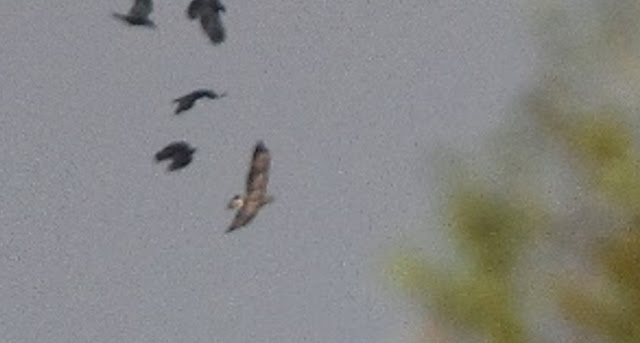 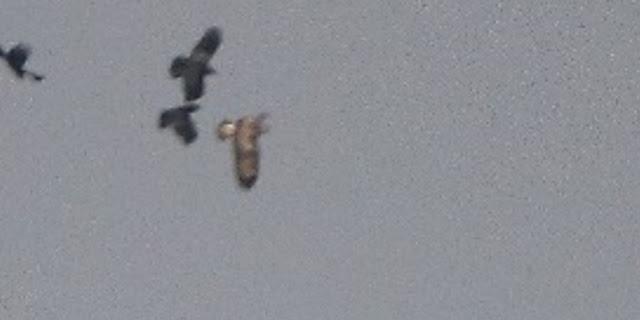 Update: The consensus (apart from the awfulness of the pictures) is of a young Common Buzzard, the lack of a dark belly the clincher.  Thanks to those that commented, interesting bird none the less.
Posted by Nick Croft at Monday, October 26, 2015