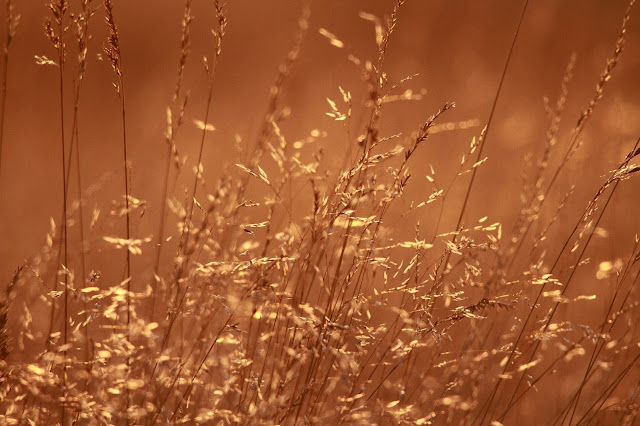 And there was I thinking that this would be the last of these such undertakings as our migrant festival disappeared to the coast, but then just when you think you have an evening off, bam! 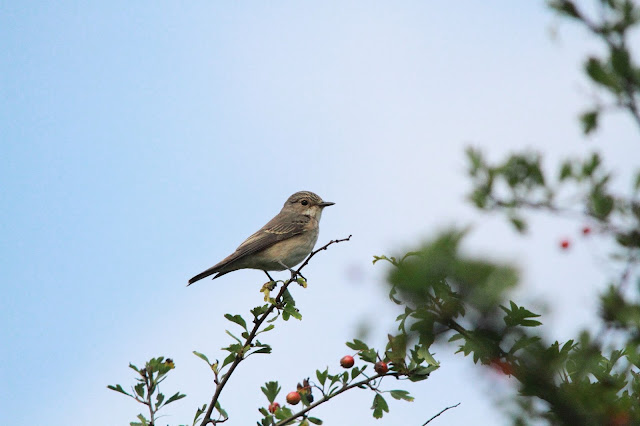 There was I thinking with migration starting early we would be twiddling our thumbs till the thrushes rush us. Perhaps what's more interesting than a heap more Redstart, Whinchat and flycatchers is the invasion of Siskin–stand around long enough and you will soon hear their plaintive call. Not surprisingly with a lacking of anything coniferous they have been making do with the birch seeds, which as far as I can make out yet are not quite ripe (the Jays are doing much the same with un-ripe acorns). Presumably their numbers are down (or up) to two good spruce harvests and a booming population. 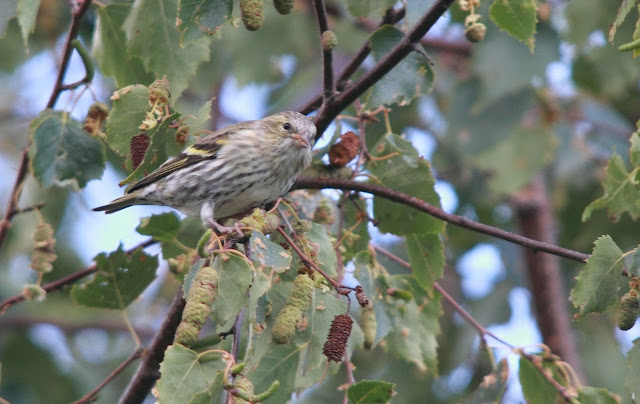 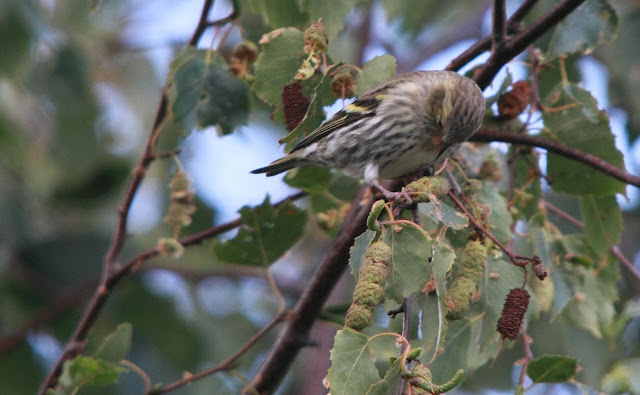 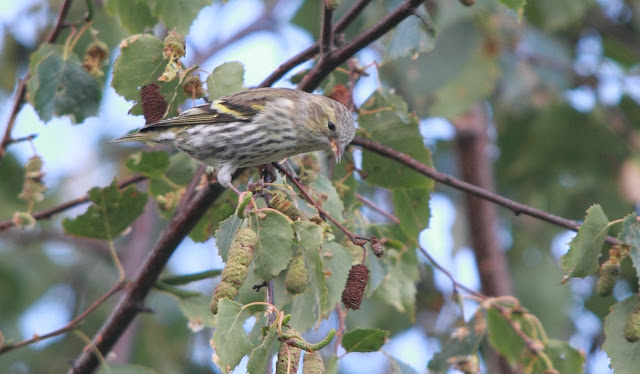 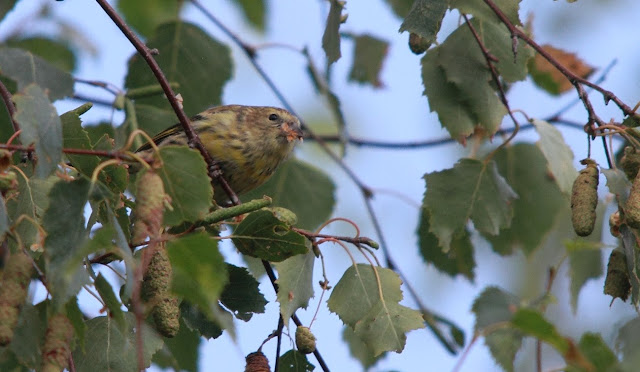 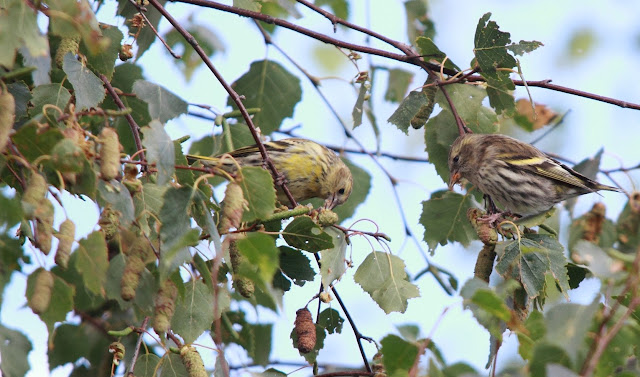 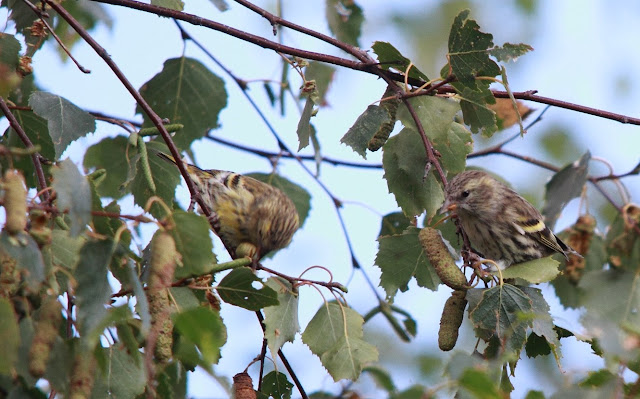 Yesterday we finally got belated confirmation, via twitter, that while I am still crap at gulls all is not lost, of our 1st winter Yellow-legged Gull with Tony's sharp pics getting the thumbs up.  Not sure it's the same one I snapped nearly two months ago, but one or other is a daily visitor to the flats.  That saying we don't have many gulls at present. 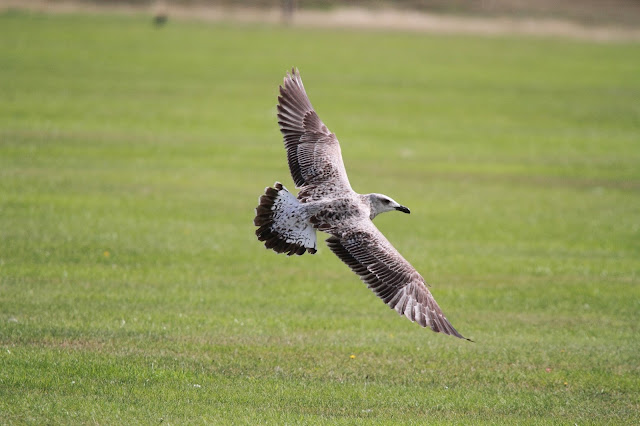 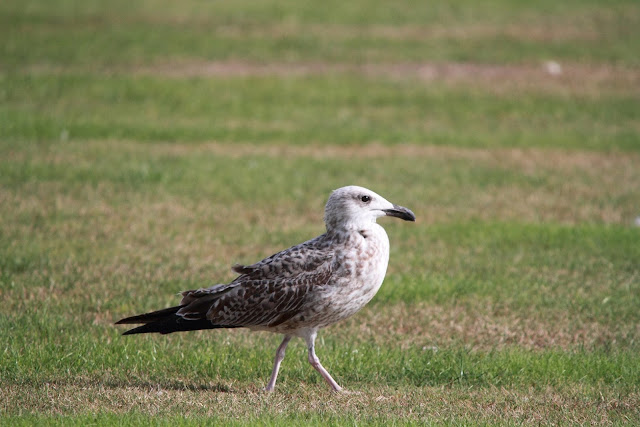 This week we tried our best to cock-up a few things again.  Firstly Bob recorded an unusual call in the SSSI, which did sound interesting if not somewhat familiar to me.  It's only when I got home and put the headphones on did the memory come flooding back: a sodding Great Tit, which had me excited for about 20 minutes before it gave itself up.  While we waited and snapped Siskin by Motorcycle Wood a rather more interesting call came from that direction, just the once mind you. Clearly not a Chiffchaff, but after playing some playback of what we wanted it to be, I am buggered if I can recall it at all...

The weather is set to change again tonight bringing more unsettled days of wind and wet, but I care not as I have new Muck boots prepared for Shetland, which I christened in the biggest pile of dog pooh on the planet while trying to sort out another one of my "could have been a interesting bird but.." moments. 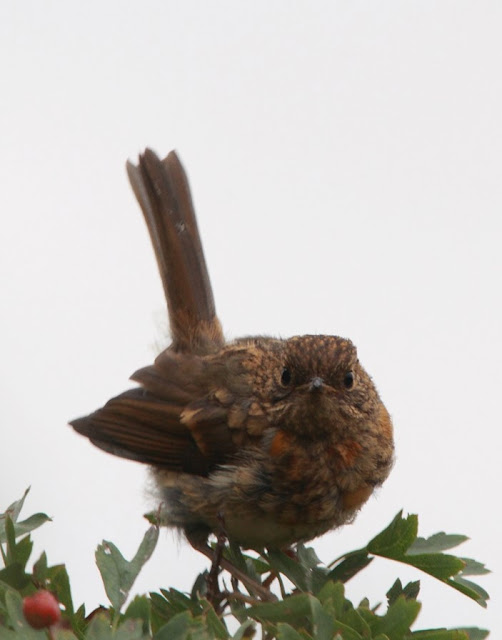