You can tell it's July, but to be fair it is probably the first and only twitchable Green Sandpiper we've ever had!  Usually he who finds it flushes off patch. 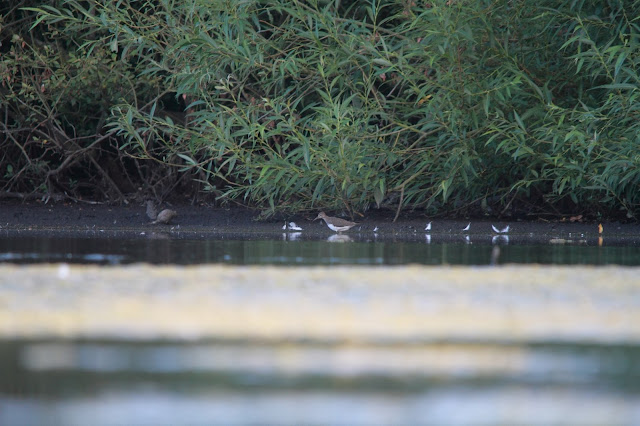 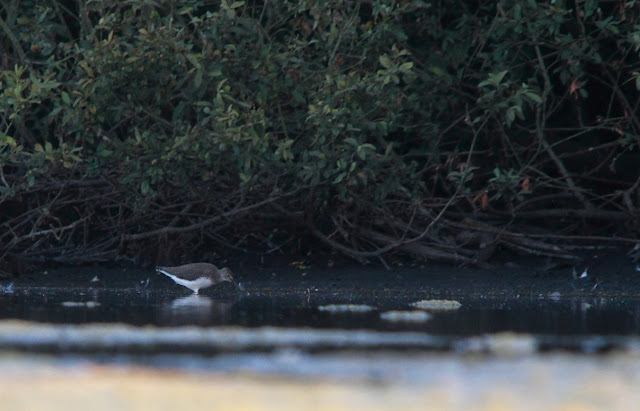 Probably the bird that Kathy H had down as a Common Sandpiper, and therefore present since the weekend, and spotted by Dan this morning on his way to school. He had come back to confirm its ID this evening as I sauntered up on my way to the river to look for er, Green Sandpiper. After he went for his supper Tony turned up after finishing his.  Tim followed and judging by further tweets and messages both Bob and Jono had a sneaky peek too!

The little wader was quite obviously happy with its little stretch of mud on the west side of the lake–I hadn't noticed this from my usual vantage point of the reed bed to the east, where I stake out the warbler–but it does look for other waders in future. It is that time of year! 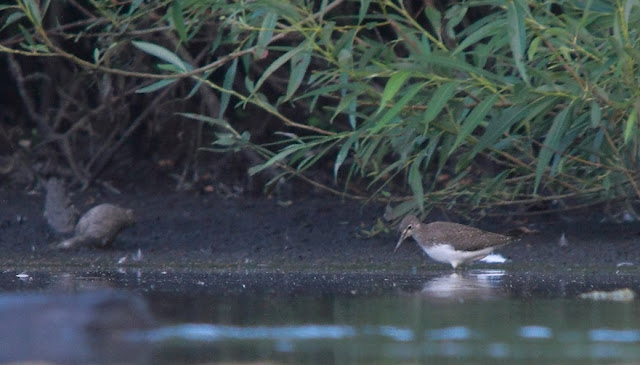 On my way home via the river and the chippie I heard the unmistakable call of a Little Owl from Centre Copse, which would be the first this year and which might encourage some enthusiasm from my colleagues over the weekend. Though Bob's response was "can't be arsed".   His tune will change if Dan bags it leaving him two adrift in the all important Scores on the Doors competition! 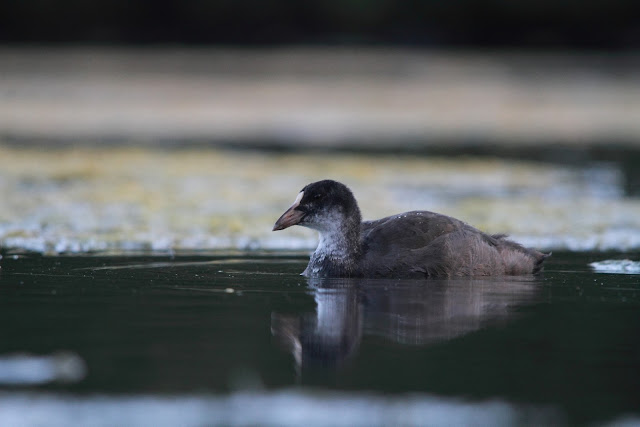