Work on the Wanstead breeding birds survey has now come to an end after two months of checking out singing males on the Flats, in the Park and at Gilbert’s Slade. For those who contributed to the hundreds of hours of listening and observation it probably seems like we know every patch of bramble and hawthorn, and every blade of grass on the patch. There’s a reason for that: we do.

Work started on 15 March and finished on 16 May. The Flats was divided into four workable zones; the Park into 10; with St Mary’s churchyard forming another; and Gilbert’s Slade was a stand-alone. A total of 25 species were selected for survey: Stock Dove, Green and Great Spotted Woodpeckers, Skylark, Meadow Pipit, Wren, Dunnock, Robin, Song and Mistle Thrushes, Blackbird, Common and Lesser Whitethroats, Blackcap, Garden Warbler, Chiffchaff, Willow Warbler, Goldcrest, Nuthatch, Treecreeper, Great and Coat Tits, Greenfinch, Chaffinch and Goldfinch. Blue and Long-tailed Tits were omitted because they are hideously time-consuming to survey. Waterbirds were also left out. In retrospect it would have been good to have included Jay, and it would have been better to have started counting Great Spots earlier than we did; by mid-March drumming activity was already on the wane.  Next time! 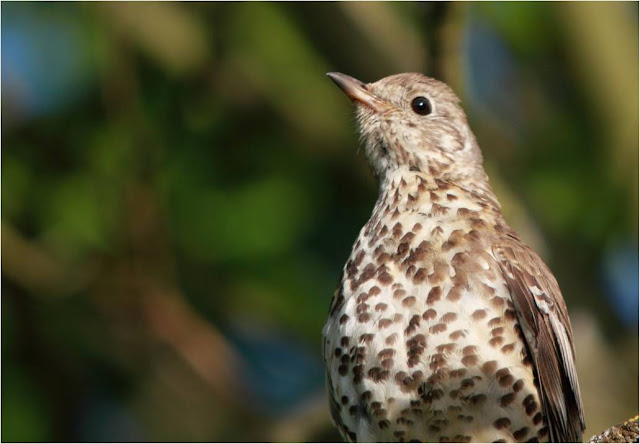 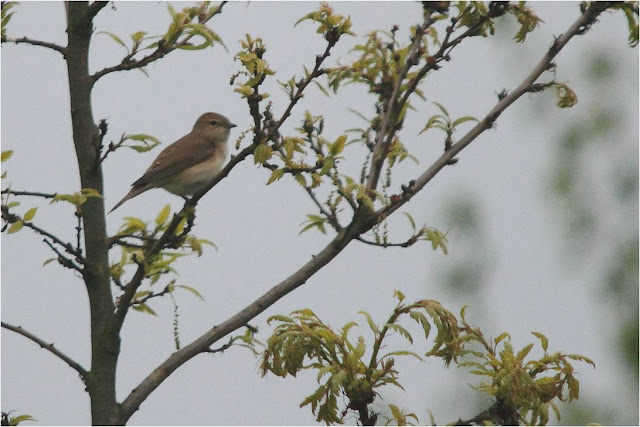 Rather than count singing male birds on representative transects, we attempted to log and map each territory, something that required several visits. Individual zones were surveyed up to eight times, giving a pretty accurate (no survey is ever going to be completely accurate) idea of numbers. During April there were ‘spikes’ in the numbers of singing Chiffchaffs and Blackcaps as they arrived in the area, resulting - for example – in 16 singing males of the latter species in Bush Wood on 16 April. There is a strong possibility, since this figure was not repeated, that some of those birds were still in transit and would not go on to establish long-term territories in the area. Therefore, such spikes were removed from the figures. 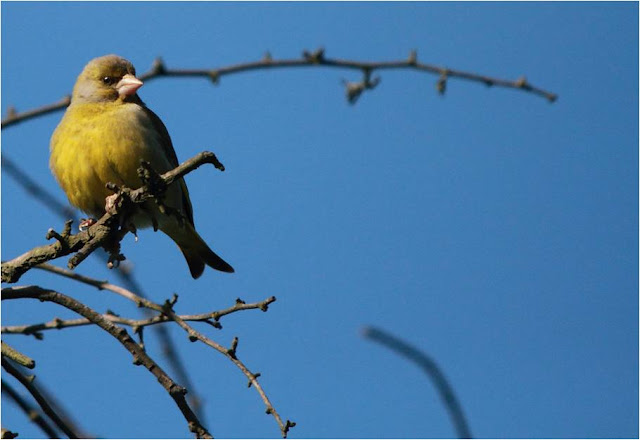 So what of the results? A grand total of 1,181 territories were mapped. For key species (Skylark, Meadow Pipit, Song Thrush, Common and Lesser Whitethroats) it is hoped to produce digital maps; these can be used as a conservation tool with authorities such as the City of London Corporation, for example. The most territory-rich areas were around the Ornamental Waters (171 mapped territories, though actually in two zones); the Long Wood-brooms area of the Flats (134 territories); and Bush Wood (126 territories). 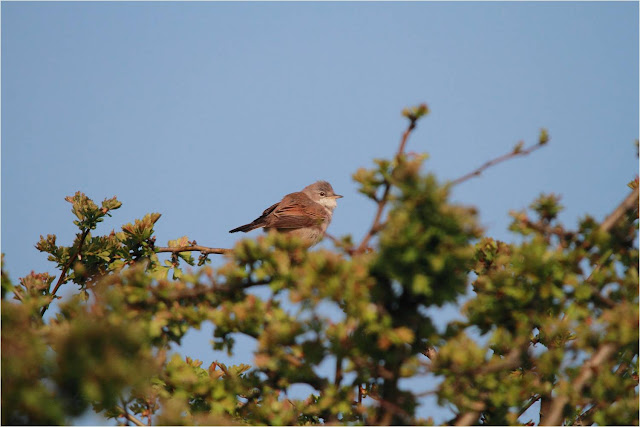 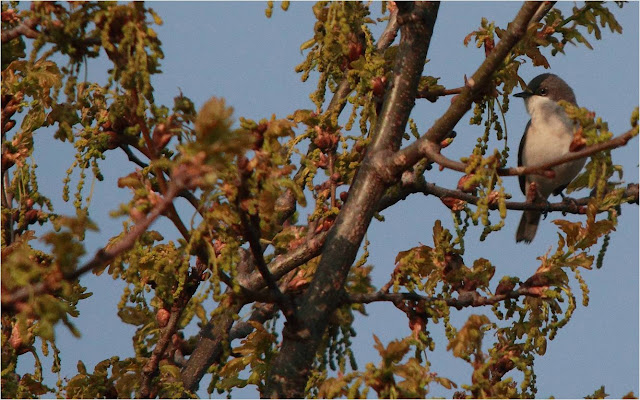 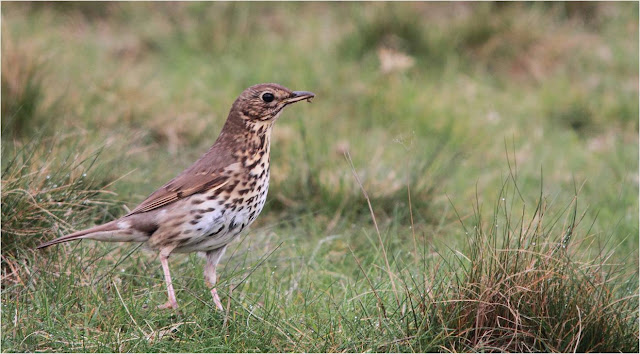 Unsurprisingly, Wren was the most numerous species in pretty much every zone. There were at least 161 singing males in the Park, 81 on the Flats and 22 at Gilbert’s Slade. Great Tit was the runner-up on the Flats, but Robin took the silver medal in the Park and at Gilbert’s Slade, with Parus major edged into third spot. Other species that fared especially well were both Blackcap and Blackbird, bizarrely with 100 territories each, though I reckon the Blackbird figure is an underestimate. Heartening also was the total of 43 Song Thrush territories, with both the Old Sewage Works and Bush Wood holding at least seven singing males.  Grand totals of 57 Chiffchaff, 20 Green Woodpecker and 19 Stock Dove territories were also impressive, though the Great Spotted Woodpecker score (20) must surely have been an underestimate; once birds stop drumming they are quite hard to locate for a couple of months. Common Whitethroats probably took a hit as a result of the scrub clearance work carried out over the winter but still mustered at least 38 territories. It’s possible that this involved some ‘bunching up’ of birds in suitable habitat, and this may mean productivity per pair is reduced – but we’ll probably never know.

Outside the clearly defined areas surveyed there are many breeding birds in surrounding habitats, of course. The City of London Cemetery wasn’t part of the study but on a recent visit I noticed as many singing Chaffinches as in the rest of the area combined. Manor Park Cemetery is another area that would warrant a survey. And, of course, the leafy gardens of the area support good numbers of Blackbirds, Blackcaps, Dunnocks, Robins and more. It’s my impression that Goldfinch may be our area’s commonest breeding finch this spring, but most of the singing birds are in streets around the patch. Maybe in future we should encourage more breeding reports from local residents?

Unsurprisingly, given the paucity of records in recent times, Nuthatch and Treecreeper did not fare well. At Gilbert’s Slade there were two pairs of the former and one of the latter; although another Nuthatch was present in the park at the start of the survey period it either went quiet or moved on and is not included in these figures. No Lesser Spotted Woodpecker was found and two other iconic species – Skylark and Meadow Pipit – could muster only six or seven and four territories each. Another sad sign of the times are the totals for Willow Warbler and Garden Warbler, just single territories. A Grasshopper Warbler heard reeling in the Old Sewage Works during the course of the study was just a one-day bird, though a Wood Warbler in the SSSI did stay for two.

What of the future? It would be good to do a re-run every other year (I’m not sure that I have the stamina to do it annually!) but next year I’d like to have a go at the local cemeteries to fill in those particular gaps, and maybe to broaden the scope of the survey around Snaresbrook and Leyton Flats.

Finally, many thanks to those from the Wren Group and Wanstead Birders who helped, including James Heal, Simon Raper, Debbie Burkett, Mary Jane Rawlence, Dan Hennessy, Nick Croft, Jo Harris, Bob Vaughan (apologies for any omitted from the list). 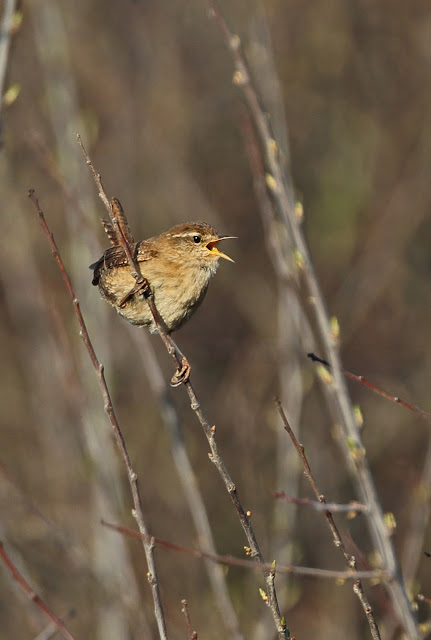