Moving through the gears 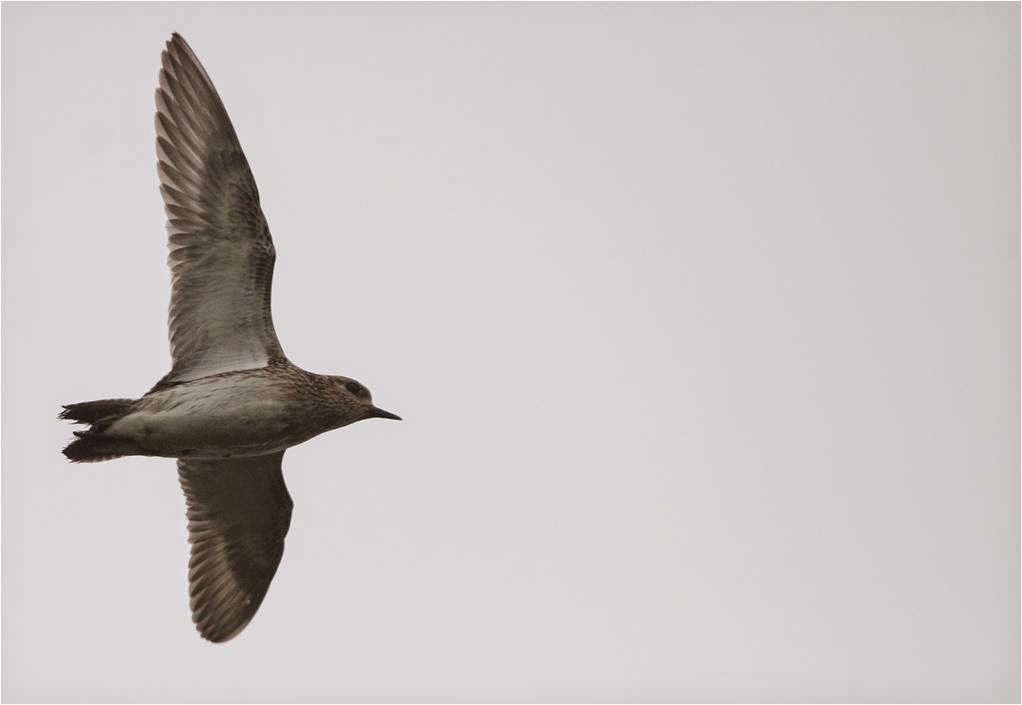 April is coming along nicely: the weather as changeable as it gets - wind, cold, rain, cold, sun, wind, fog, no wind, sun... but it was a bank holiday and so a few of us toughed it out. Good Friday saw Dan, tony and I nearly miss the year's first Shelduck as it tried to sneak passed us pretending to be a goose.  Tony saw through that charade.

Dan and I were rewarded for stoically facing out a really grim Saturday when we picked up a crow-commotion coming from Motorcycle Wood.  The corvid early warning system there has reaped plenty of rewards over time, but on this occasion we were perplexed. Where we expected a large raptor we got only crows chasing, well, a crow! It was only when it banked and took evasive action did we see that it was different to the others. It was two-toned with grey on the body and in the wings.  Now our crows are pretty UKIP when it comes to things they don't like, but with 20-30 birds on this birds tail it was obvious that it was seen as a threat and so off it was chased, to the north. From what we saw it was a Hoody, but how was that possible?  Our last records stem back from the last mini ice age, even then the records in question were of continental birds, surely? It was certainly cold enough, but the nearest confirmed hoodies were in Glamorgan and the Isles of Scillies, though one did surface in Norfolk a few days later (hmmm!).  The Prof.waded in with the continental idea recounting the Walthamstow bird from five years back was part of a mini-influx from Europe.

A few hours later and I read a tweet of a diver sp (probable Great Northern) high south over Wanstead tube station from Nick Tanner - we needed that for the set.  It meant someone had to go and check the Basin, just in case... half an hour of my life I wont get back!

Sunday and the weather improved as did our disposition if you ignore the increasing number of twat dog owner's ignoring requests and the Corp's signs.  Very much a raptor day all over London; Rainham had 34 Buzzard, 11 Marsh Harrier and a Hen Harrier - we managed 6 Buzzard, 2 Red Kite, 4 Sparrowhawk, Peregrine and a few Kestrel plus the first singing Willow Warbler down by Alex (not a raptor obviously),  Monday added another 9 Buzzard, with just the 1 Kite. That however, was more to be remembered as a Pipit day with 200 + squeaking little brown jobs crossing the flats on their way north.  Needless to say that was a patch record.

Tuesday was always going to be a bummer as it was back to work though I did try and string a Little Gull, which even Mr L thought quite interesting (it was very small and the images do show markings on the wings, which while not rounded enough could be explained by it being a first winter bird coming into its first moult) and Wednesday didn't happen either. 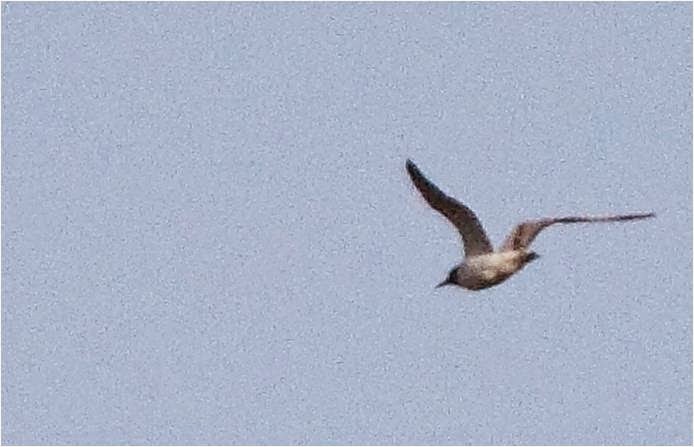 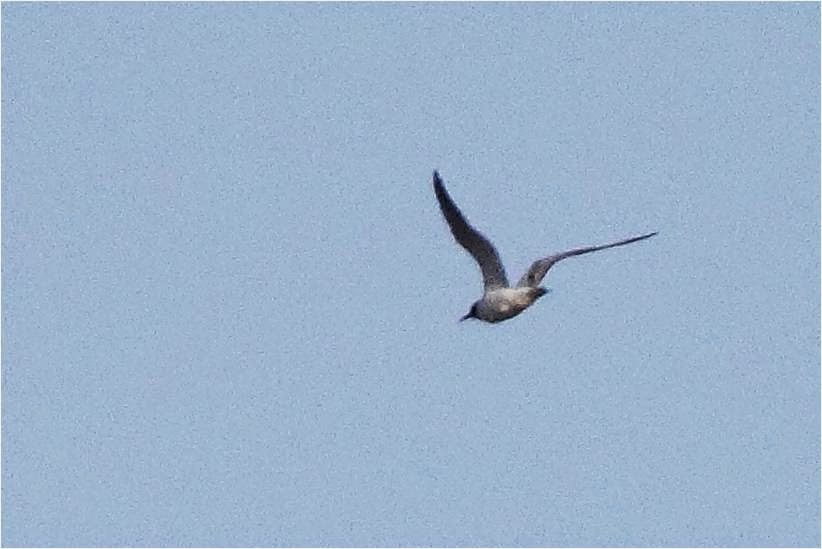 Today (Thursday) looked good from the outset - thick fog. I tweeted the urgency of getting down the lakes and my colleagues willingly obliged, while I sauntered down in a more leisurely fashion.  The results were the same; nothing.  Marco had heard a plover calling, but had seen nothing in the fug. We had a coffee and went our separate ways. On the footy pitches I found Marco's plover, which had a bit of a fly-around or two and then hoofed it over towards Alex, before Bob could make it back from his porridge.  Patch tick for Marco.  The Sand Martins circling over Alex were no consolation for Bob who persevered and was rewarded by refinding the plover on the east side of the lake, showing well.  Well showing until a dog attacked it and it disappeared into the gloom over Manor Park thus becoming a Newham tick for Marco. As Marco and Bob discussed patch lists I picked up the call of something interesting, a Green Sandpiper flew by.  It looked like it had been there all morning by its low trajectory.  Whatever, it became patch tick number two for Marco and a long-awaited tick for Badger Bob. The expectancy levels rise again, surely a Redstart soon, tomorrow... 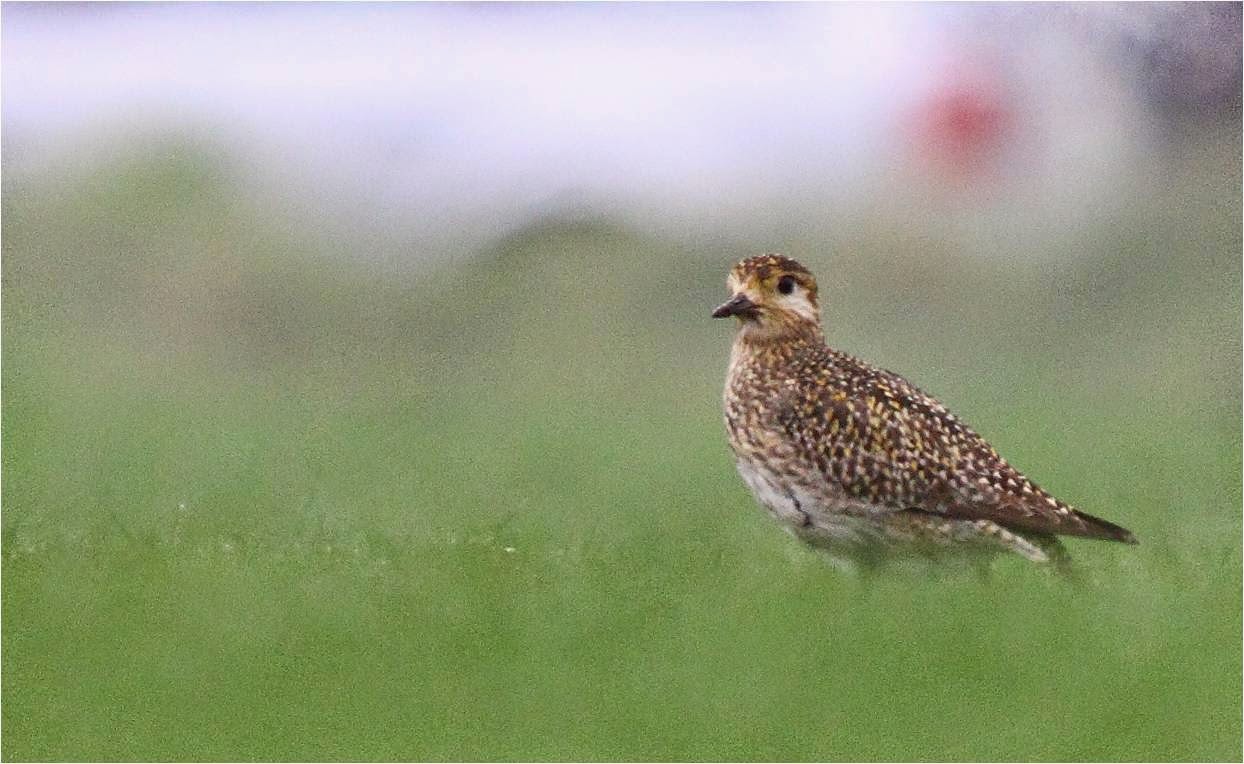 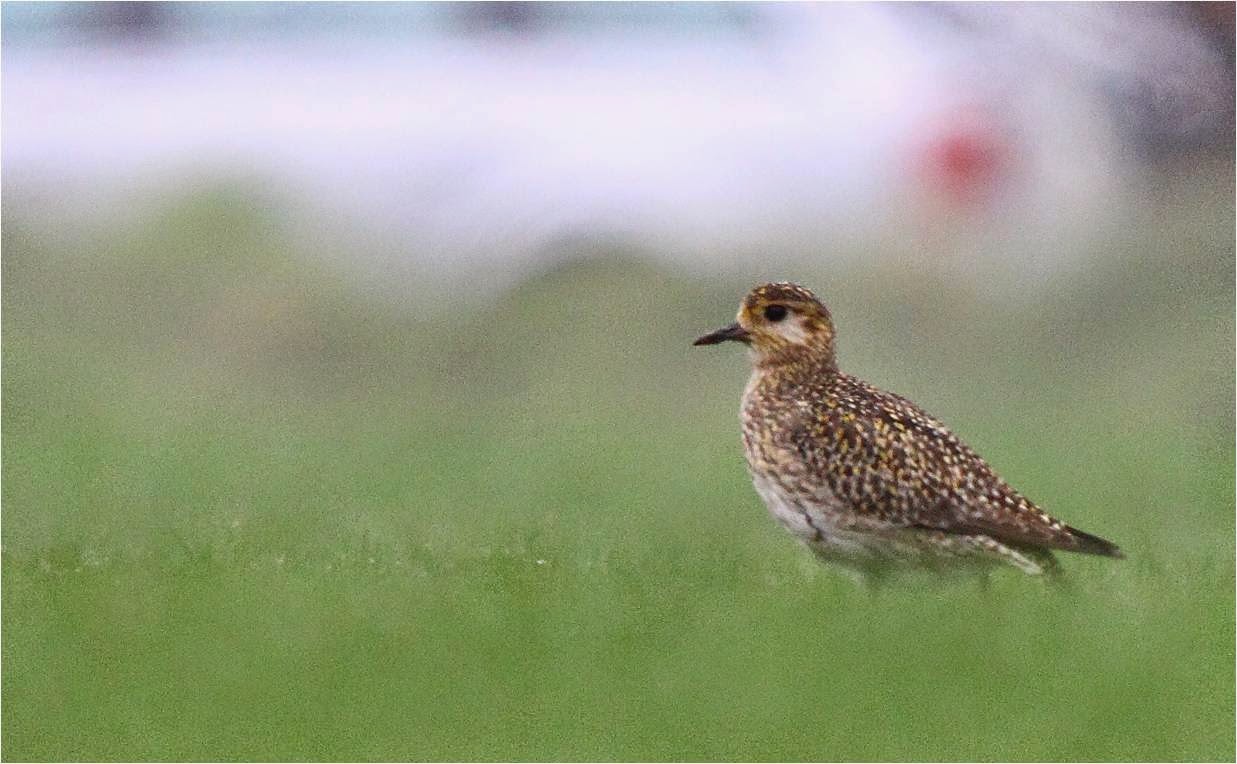 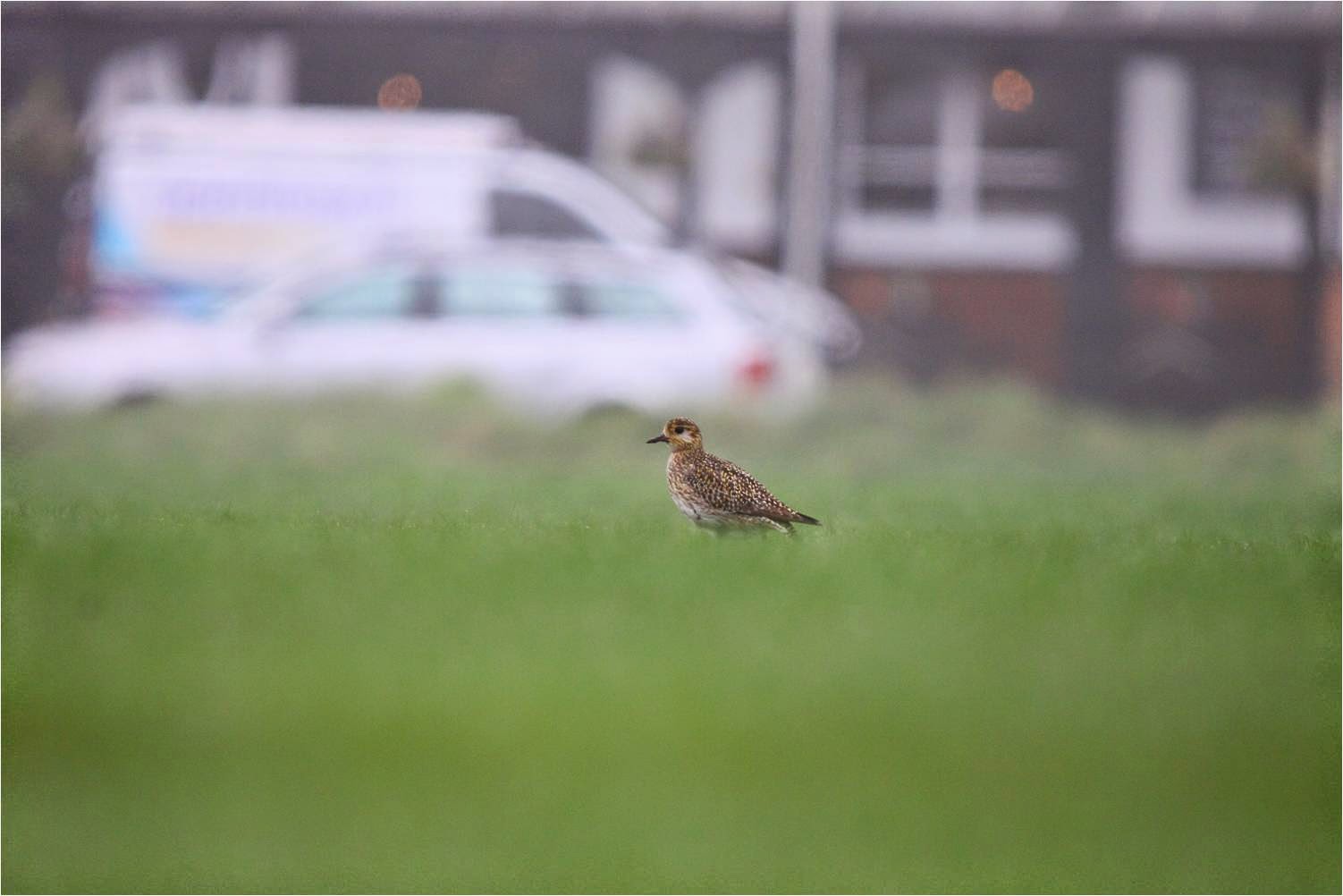