So wtf was that then? 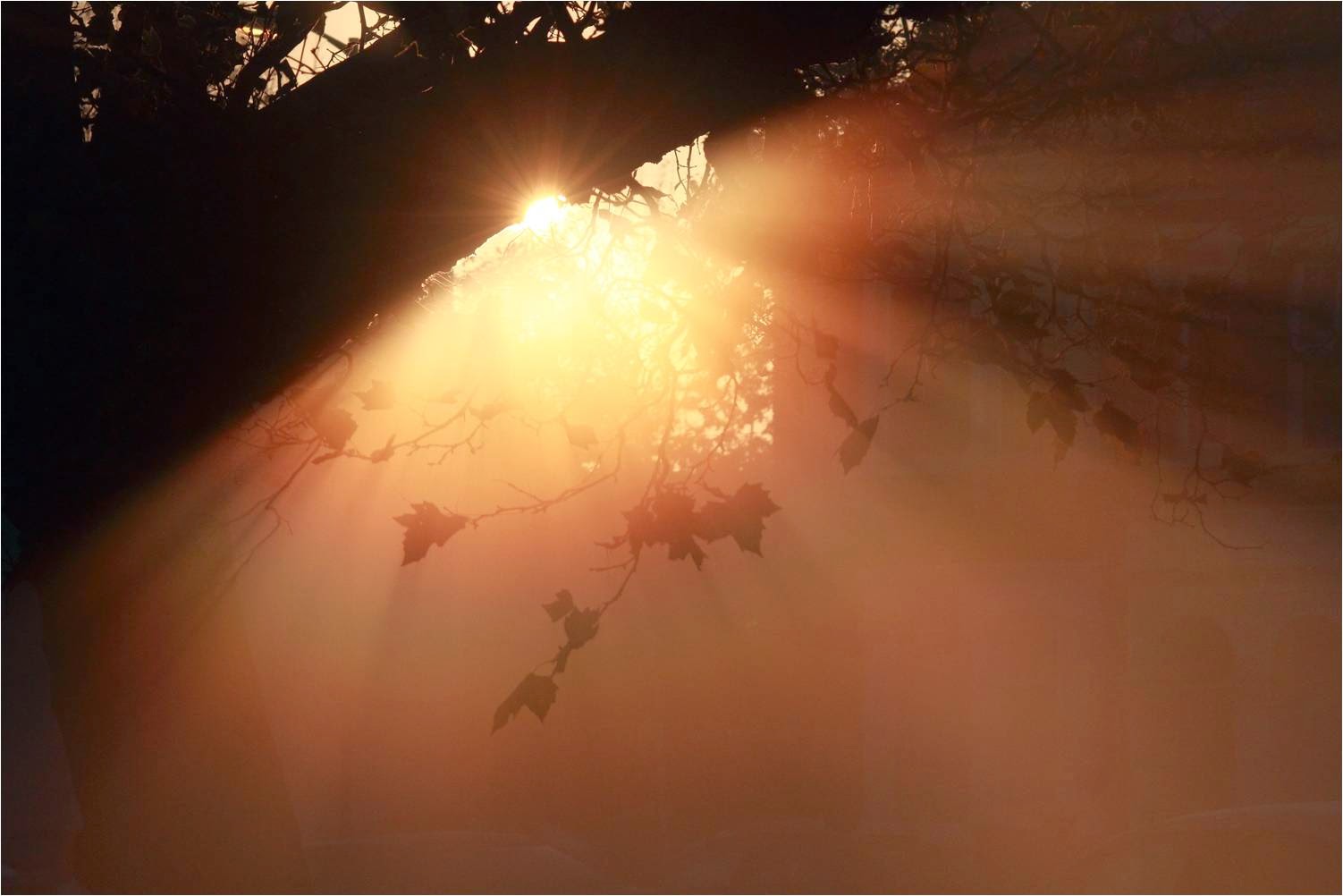 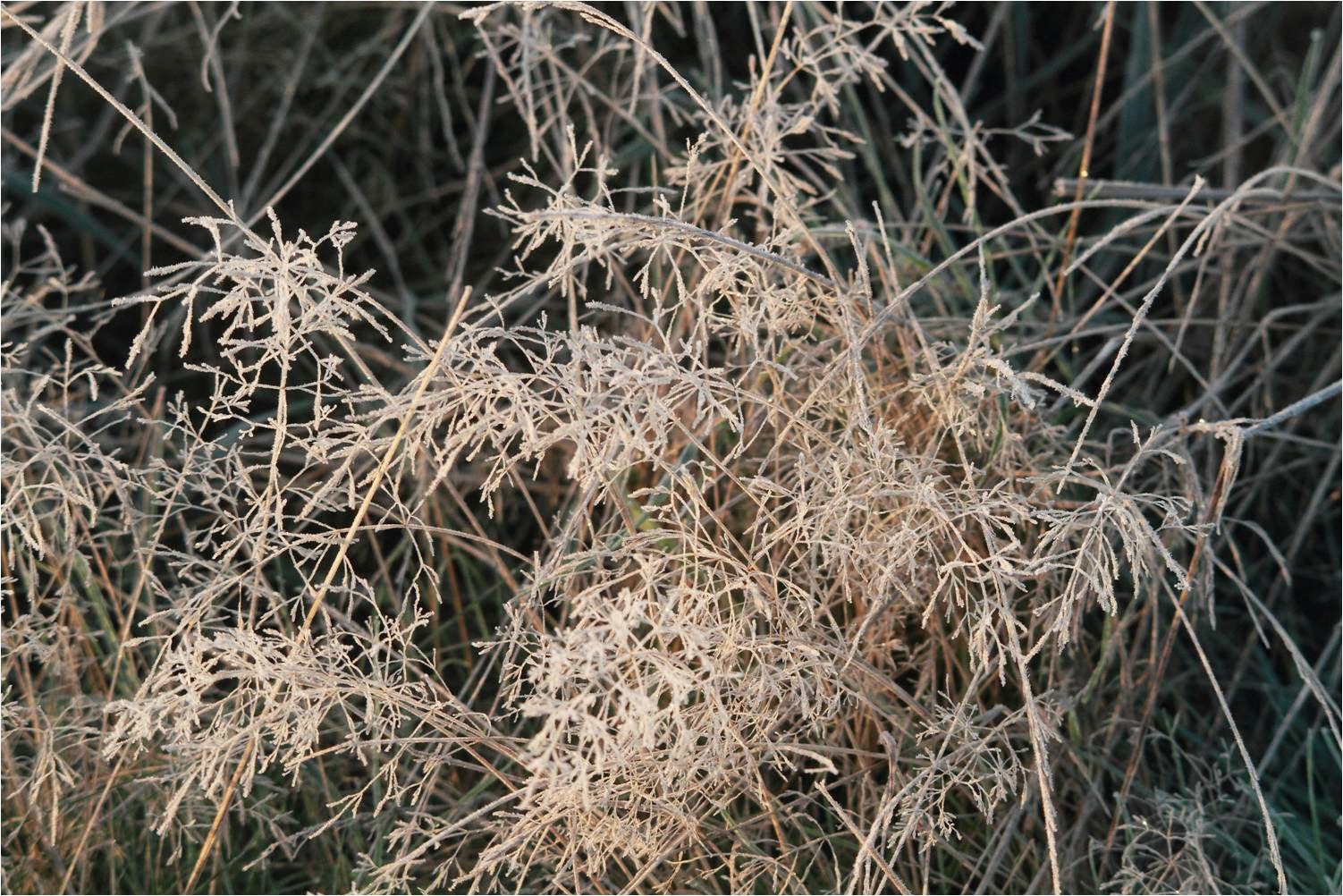 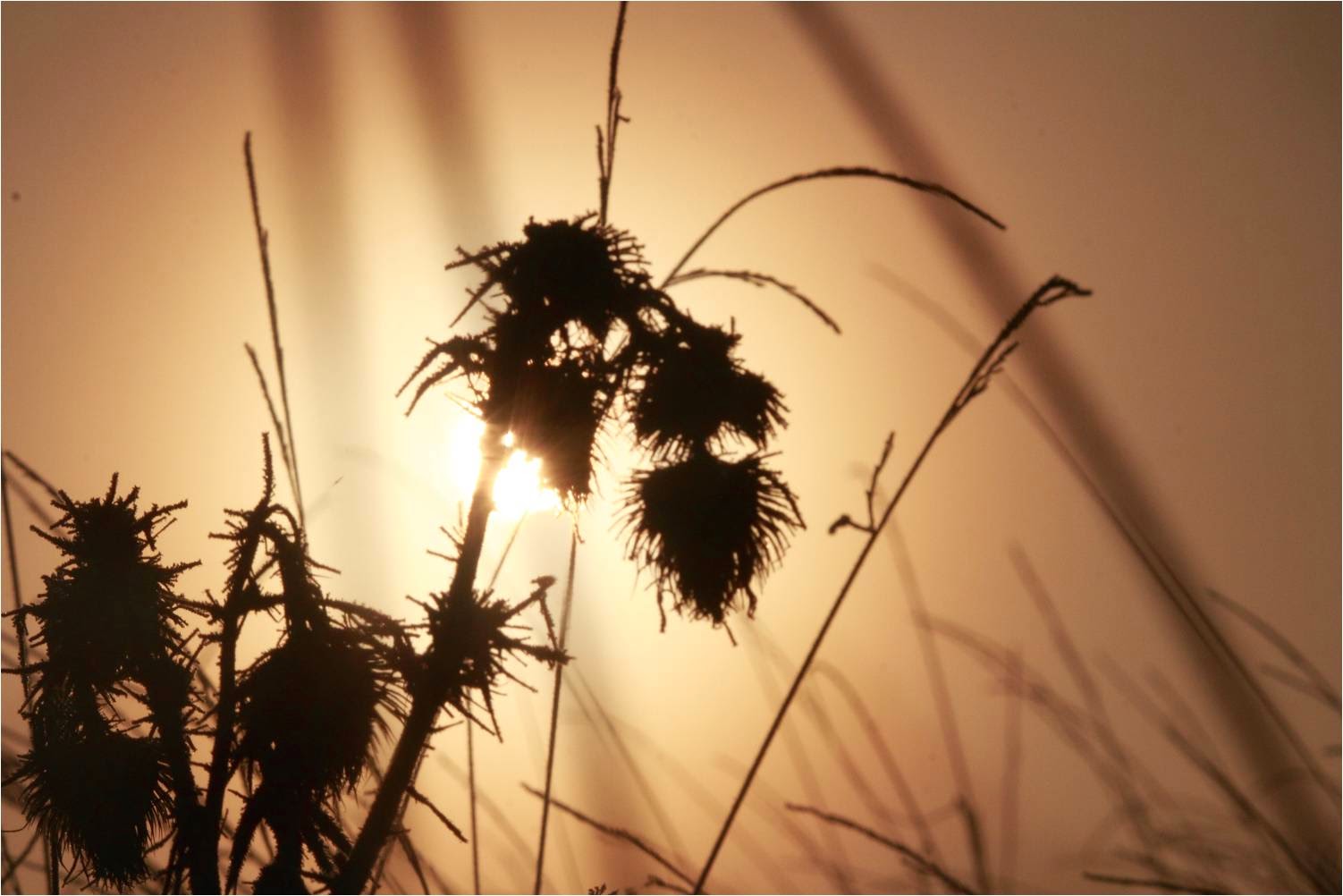 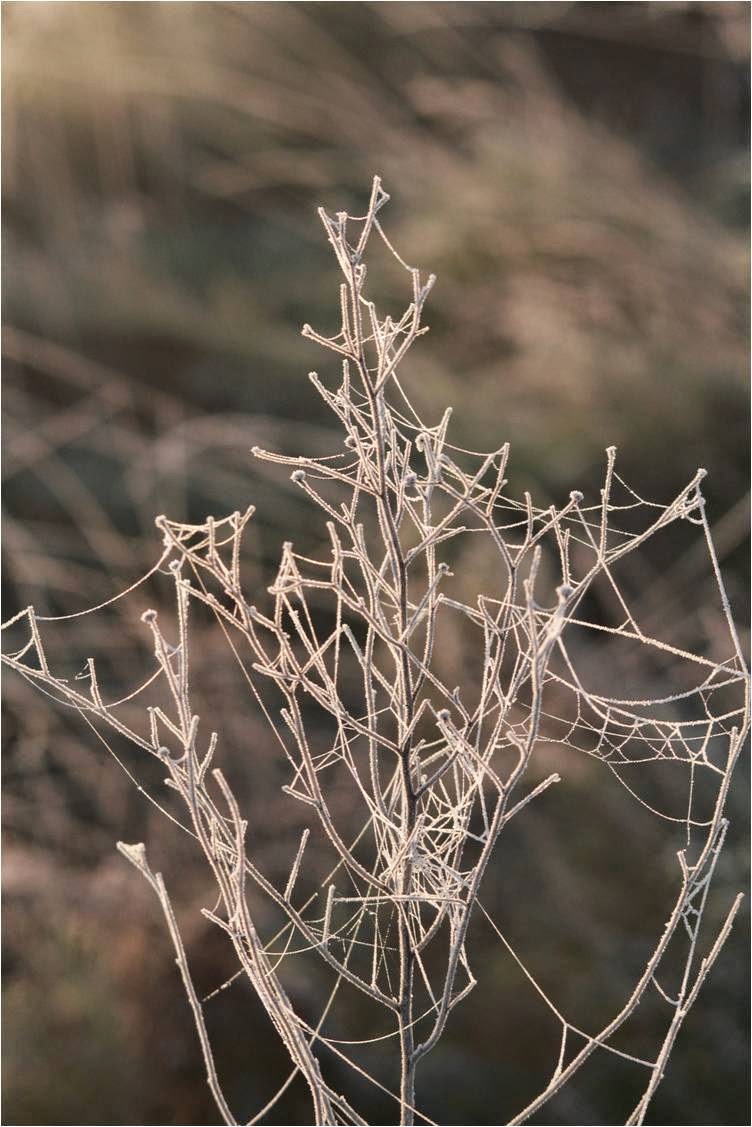 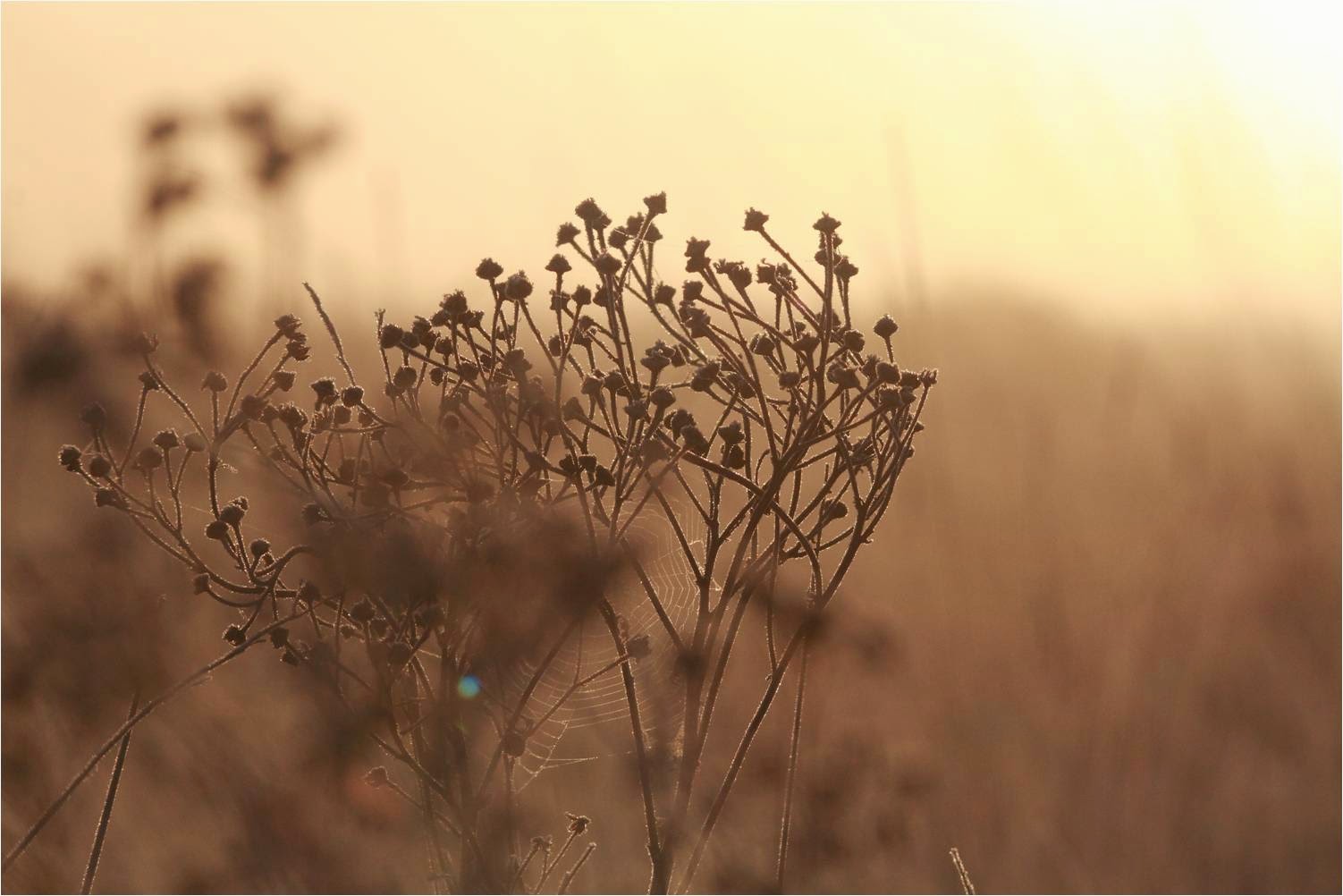 Aah the first real frost of the autumn!  Should have been good for bird movement, but wasn't.  I had ended up alongside the Roding having just congratulated Bob on finding a Chiffchaff in the brooms (via messages). He replied: "Umm well not really".  To which I replied after a deliberate pause: "Yes it's shit, do better!"

So I am now down by the Roding seeing nothing and then he calls me: "Just flushed something from the SSSI, which had a long tail... " I won't bore you with Bob's inability to get his tree identification right, but suffice to say it sounded interesting enough, but decidedly pheasanty, that a tick might be on offer.  Not that I rushed back, it would have only been a flats tick for the year, but at this time of the year that can't be sniffed at.

He texted later that he hadn't re-found the bird and had got scratched for his efforts. It was vaguely on my way home to I would still give it a go. When I arrived a gaggle of litter pickers were having a chat so I detoured through the brooms to outflank them.  It was in the general direction of Bob's flushed bird and the cover could hold a hundred pheasants; it held three Greeat Tits.  Circling back via the Lime avenue I confronted by a dog walker to the front of me and another to my right.  I did a quick ziggy zag thing which would take me through the boggy bit by the line of sallows that marked the edge of the SSSI. As I approached one of the outlier trees a bird clattered through its lower branches and shot away like a bullet across the scrub and disappeared all too quickly behind a bush heading towards the centre of the SSSI. What struck me was that it wasn't a pheasant, but it was also pretty clear that this was Bob's bird. Larger than a Green Woodpecker, dark grey backed (showing distinct scalloping), with pointed wings and what looked like a pin tail, not that long from this angle, but very noticeable.  It also appeared to have a strange mark on its face and a flash of white on its underside. I had no idea what the feck it was, it was like nothing I'd ever seen before.

I spoke to Bob again and compared our sightings.  He had been blind-sided by the Oak the bird had flushed from, but we agreed on some of these features, not that it helped us much. He would look in his US books as it was certainly un-familiar as a European species.  A little while later he came back with Mourning Dove as a possibility, which I checked out on my return home. Come to think of it it did remind me somewhat of a Turtle Dove in wing shape and build. 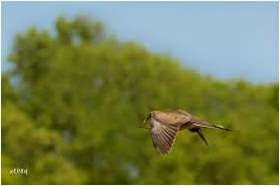 The nearest flight shot of what I might have seen: Mourning Dove


Needless to say Bob, Rich and later Adrian Pearson put in some effort to find the bird (Adrian still under the illusion it was a Sand Grouse I had described). So tomorrow guess where we will be? 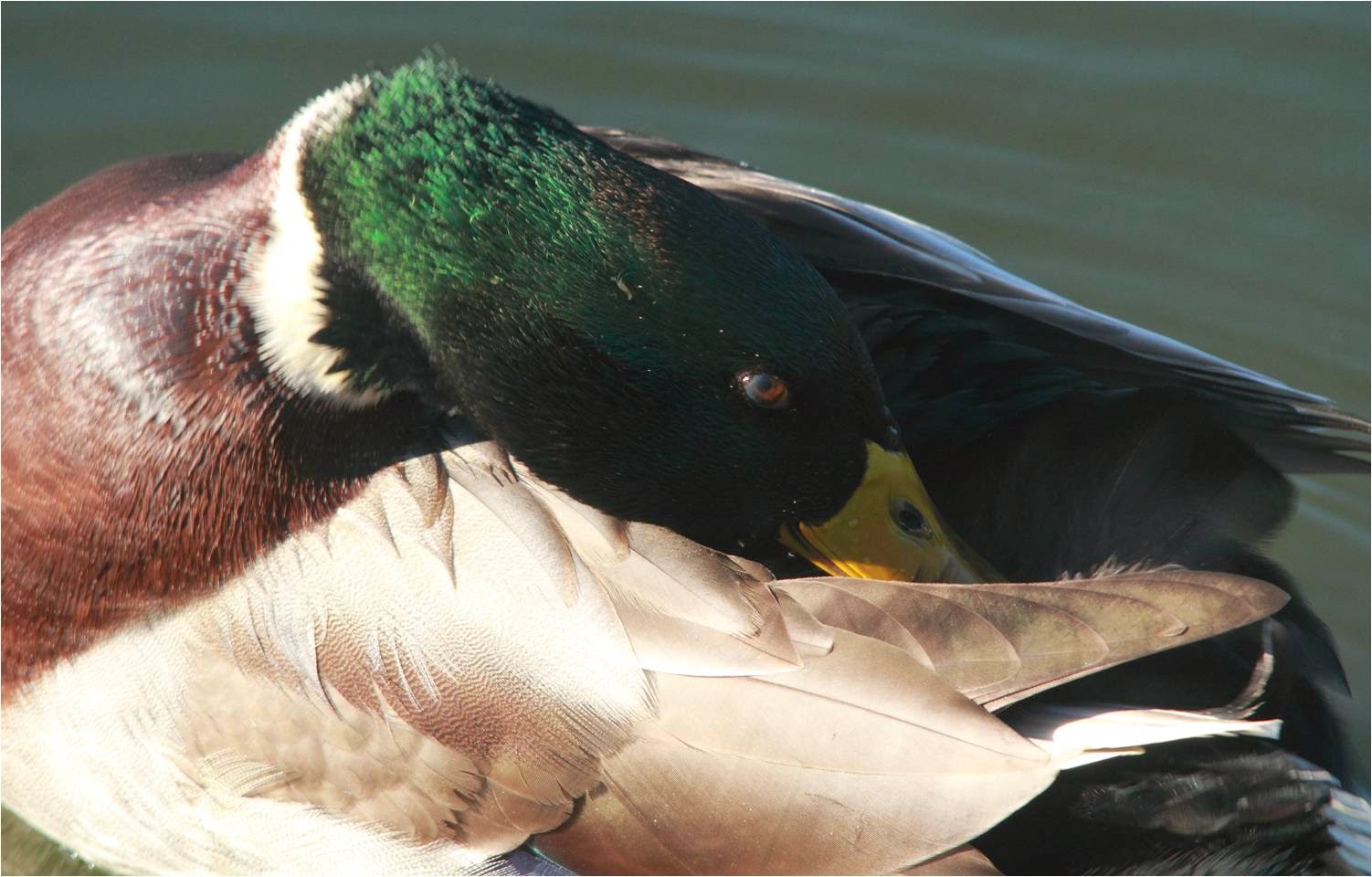