Thursday and Dan and I were on our way to Alex when Dan picked-up a bird flying fast and straight from one of the copses, he called Ring Ouzel. He thought he'd seen the white chest, all I saw was a silvery sheen to the wings of a longish winged blackbird. It flew on towards Long Wood so back we turned hoping the others had picked it up.
Dan went to look in the enclosure and I went further over. On circling back by the west of Long Wood I looked up and there was a blackbird with mica patterning on the wings, it turned and flashed it's bright chest and close as I could focus my bins there was a cracking spring male Ring Ouzel. I called the others over and although shy it eventually performed well. 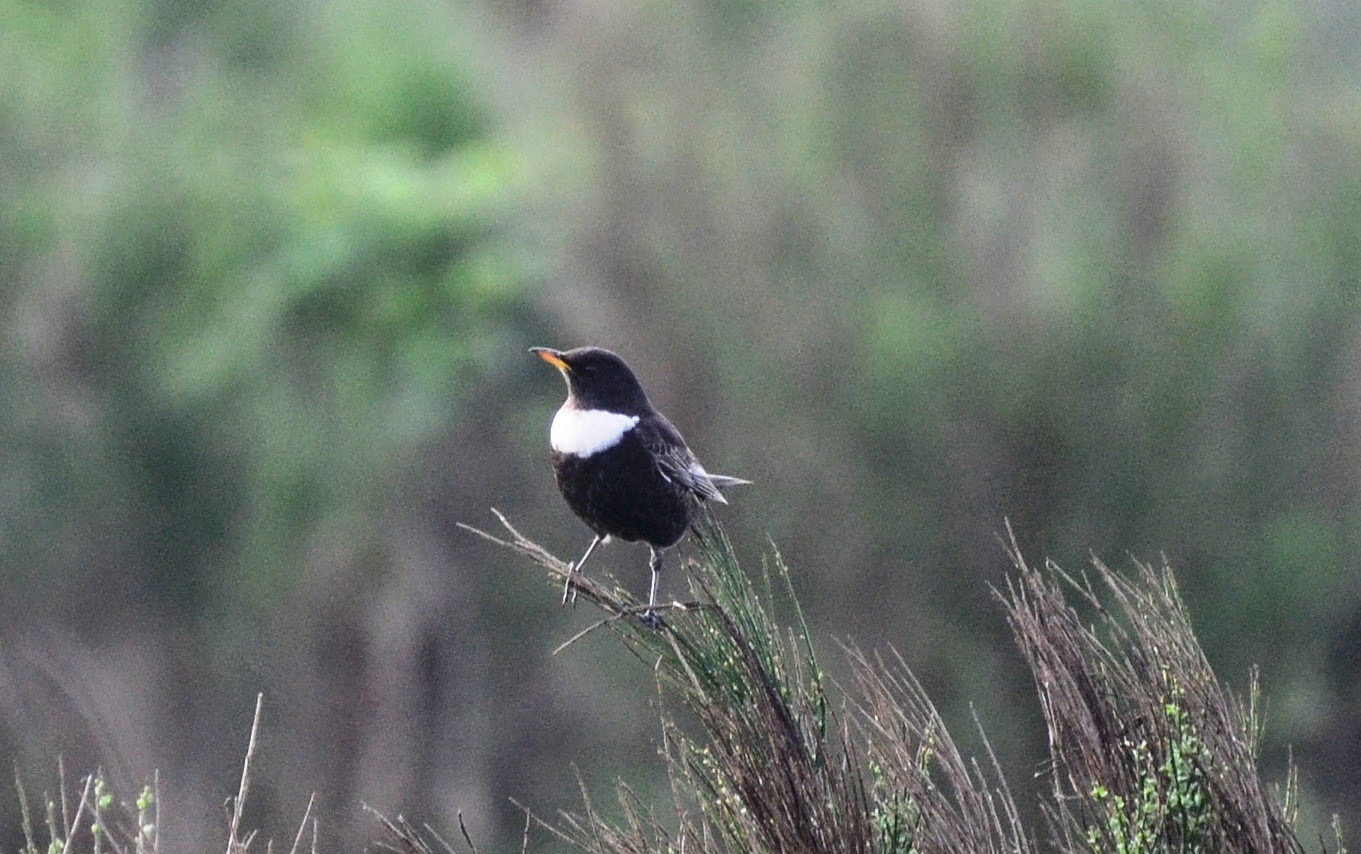 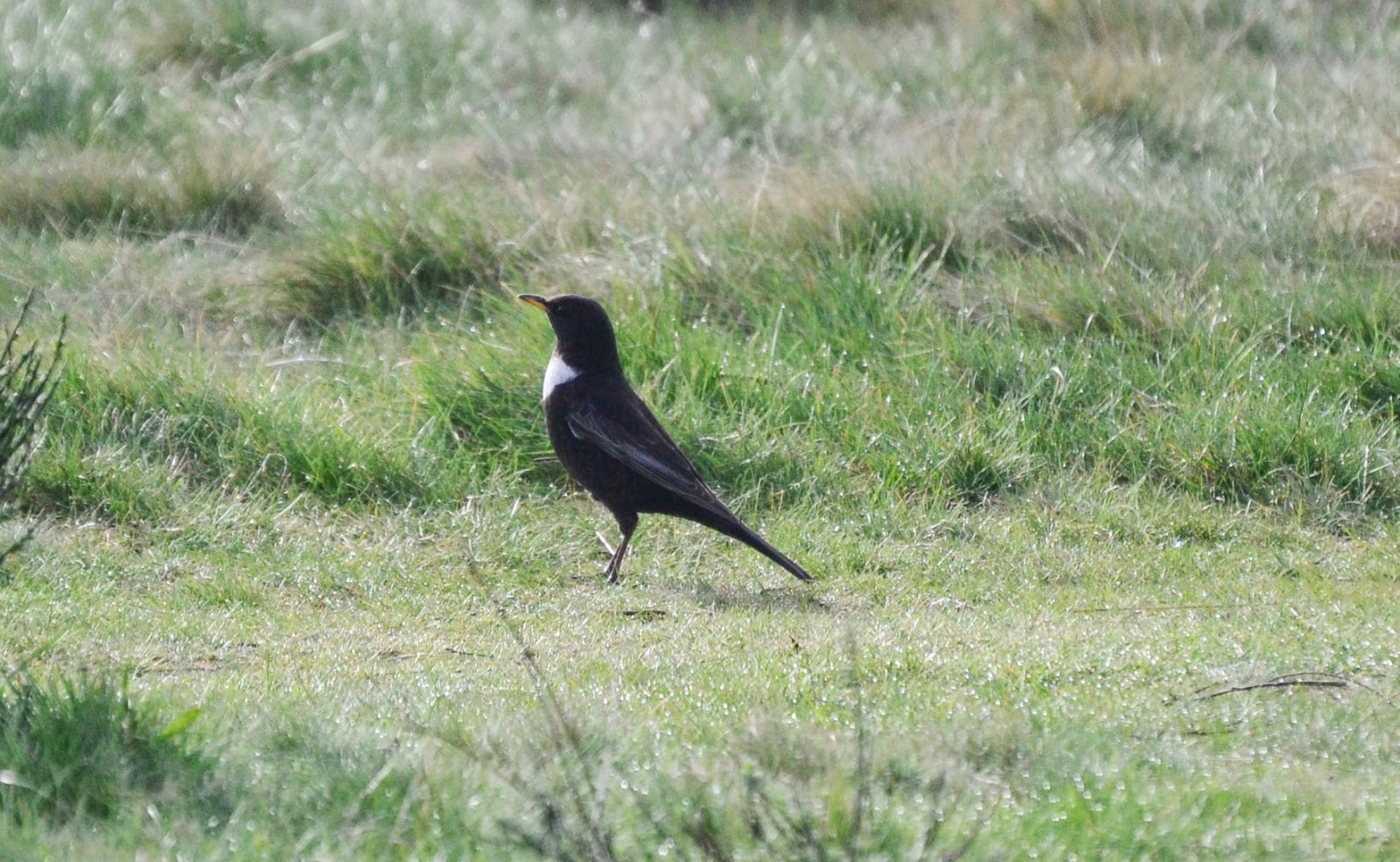 Sunday was sunny and bright and full of prospect. A Common Whitethroat was new between Jubilee and the SSSI and a patch first for the year (though Josh may have had one the day before). A few hours later my enthusiasm was waning and I had an errand to run, so I unwisely left Nick at SOM. Of course when I got home I was having a shower when a text came in - "2 Shelduck Heronry" - "get here now". In deference to the weather I got dressed and in deference to the London Marathon I "ran" to Heronry.
Nick was standing at the waters edge with a coffee and looked moderately sheepish "They disappeared while I was at the Tea Hut, I looked round and they'd gone. They had been looking quite settled. I don't know where they went". My response began with a B. A quick look over Perch and I went back home, though somewhat more slowly. It had only taken me about ten minutes, should I have driven?

Tuseday morning was another beautiful day with the flats quiet and cold. The Lesser Whitethroat was rattling away in the enclosure, but nothing new. Alex? maybe I'll go via the park and Heronry, you never know.... 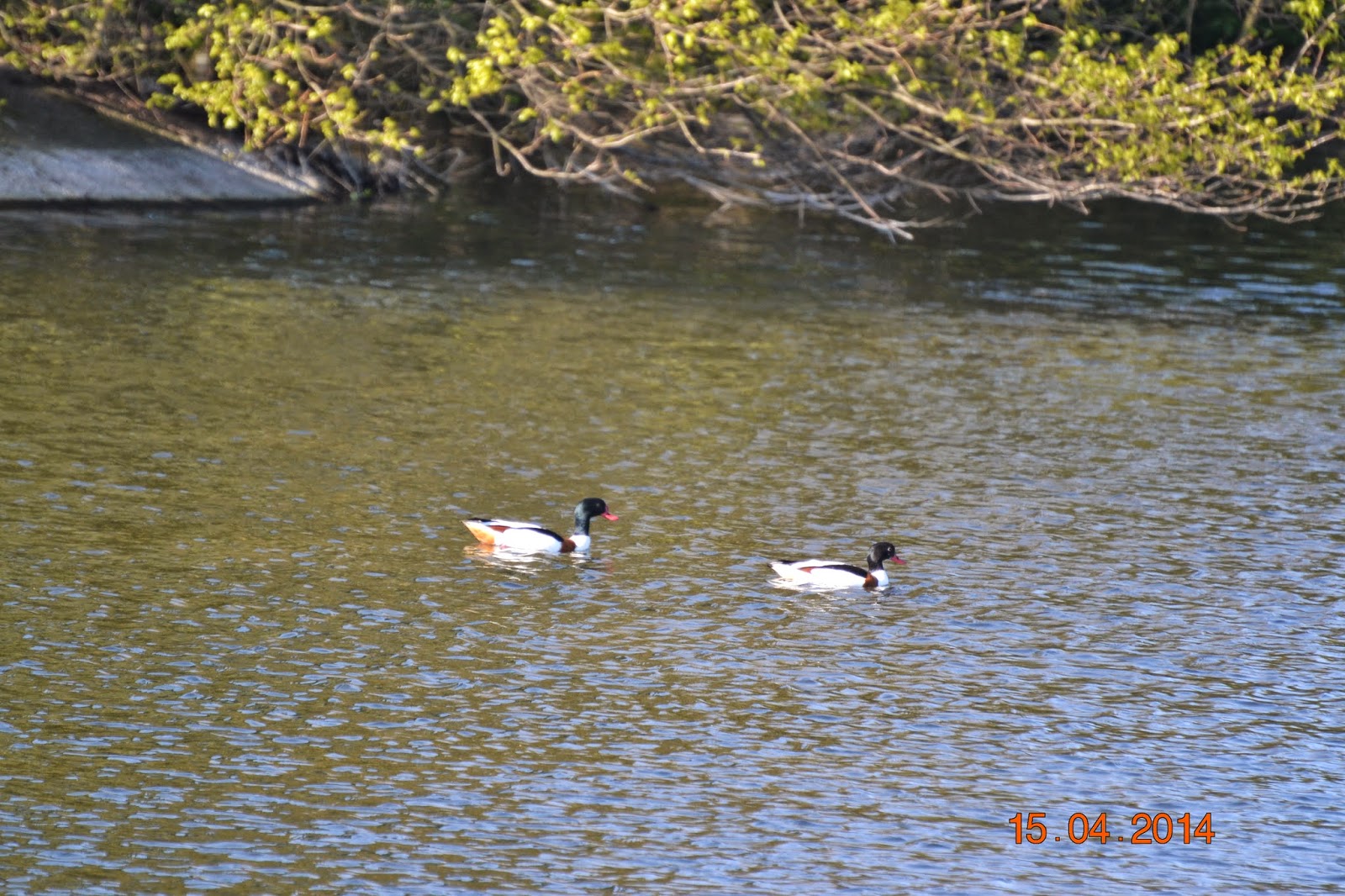 Yay, two Shelduck smack in the middle of Heronry looking gorgeous! Patch tick! They looked settled and drifted towards the island, I went around the gorse hedge to get closer and there they were, gone. I wandered around the bank, no idea how they did it, they weren't very near the bank and I should have seen or hear them fly. They'd done it again, the amazing vanishing Shelduck.
(Technical note - it was necessary to get the bank in the frame to ensure no-one would doubt the site, otherwise the photo would perhaps have been up to the standards expected here).