It all kicked off just a bit too late for me today.  There were birds everywhere. Blackcap mostly.  In the SSSI Chiffchaff were the dominant bird, with at least 10 in one Lime alone.  They kept falling out of the bottom there were so many. The Alex held the Lion's share of Blackcap, I could have stayed for longer for a glimpse of something that wasn't a Blackcap, but it was getting late and I wanted to stomp around the east end of Long Wood one more time.

There I met "Next day" Keith who had found another Pied Flycatcher (#10).  We were joined by an American chap I had just left at the Alex, who had checked the London Wiki for places to see birds - naturally we came top of the list! Luckily the Pied performed a bit before getting lost in the wood, leaving us with the second Spotted fly of the day, also found by Keith.

But neither of them are the "crazy" of the title, and that "crazy" is this... 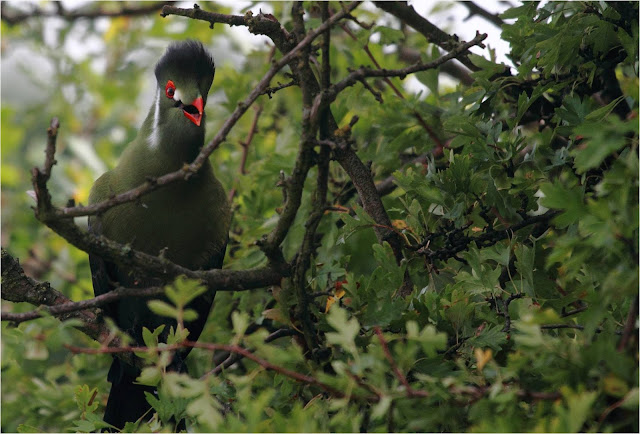 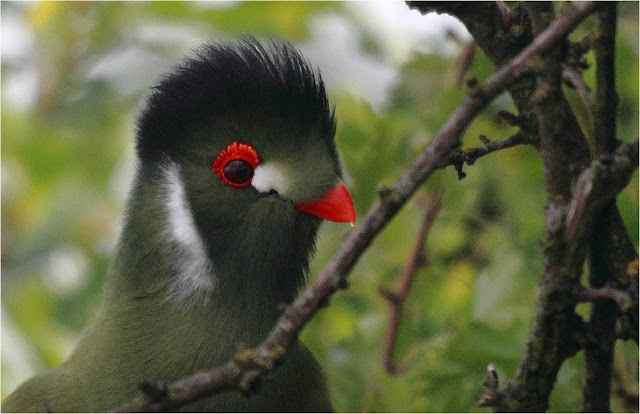 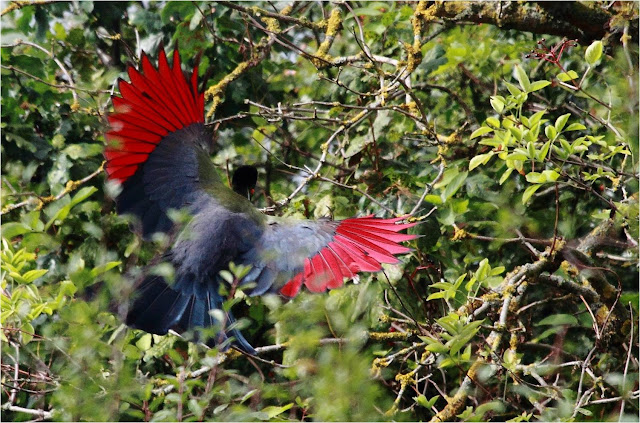 I think we may have to start an exotics list

And as promised to Keith, here's a picture of his self found Pied Flycatcher. 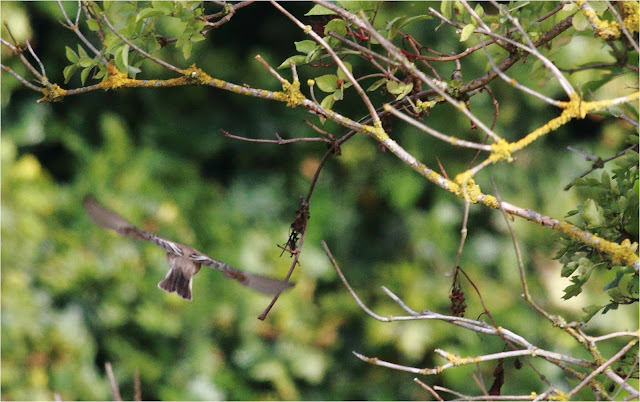