Actually managed to get out on to the patch this morning.  Felt like the first time in ages.  Nothing much had changed save the corporation's trashing of habitat to make way for new posts so that the one horse rider who braves the dogs and the traffic knows where they are allowed to go, just in case they'd forgotten. Rather expensive posts too by the looks of things, which really rankles as the fuckers have yet to provide any such instruments to protect the Skylarks. They would be my hate figure of the week if it weren't for landlords, their solicitors and their tenants, oh, and npower. Beating them all by a country mile, however, are the twats from English Nature. So instead of really enjoying not seeing very much, I spent the time rehearsing an email I never sent trying to kick the shit out of the CofL.

Two Little Egret first thing promised a good day, a Peregrine being mobbed by a Leller Blah blah was indeed promising. A singing Garden Warbler gave brief views in the old sewage works but never gave itself up fully, and on the way home a trio of Sand Martin zipped through the pub scrub. So not really promising at all.

I stomped home via one last visit to the Esso Copse to check on the House Martin over Aldersbrook.  While scanning with "big bins" I picked up a mobbing way over Bush Wood, so far away  I couldn't even see it with the naked eye. A big raptor was getting the attention of two corvids, which I hoped would encourage it my way, especially with the prevailing wind behind it.  When it dinked it was kind of owl like in its flight, and when it finally rid itself of its crow company it soared away westward, gently circling higher and higher on what I thought were flat wings.  I put the news out, hoping someone to the west would pick it up and be able to identify it.  Where was London's #1 birder when you need him?

Since nothing else was stupid enough to stay still or out in the open for me, have a bathing Joseph... 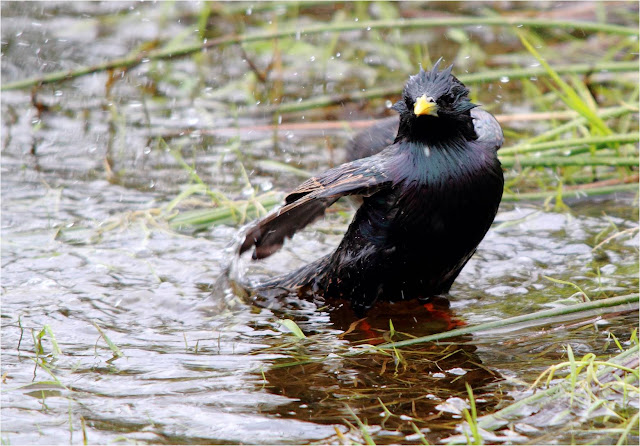 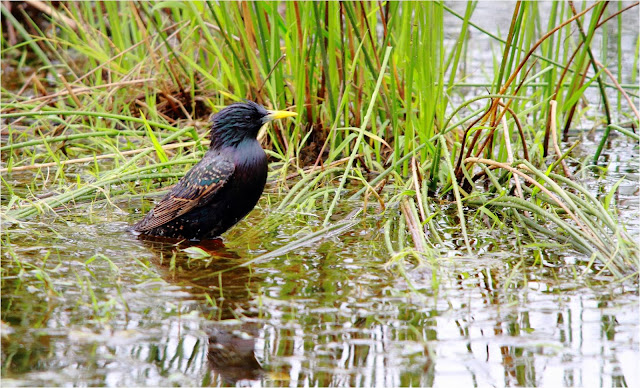 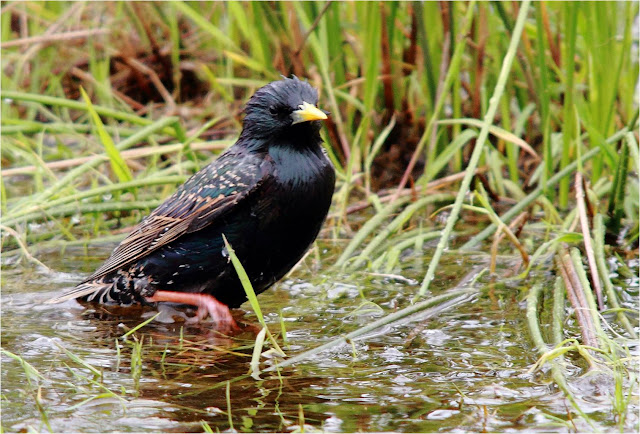 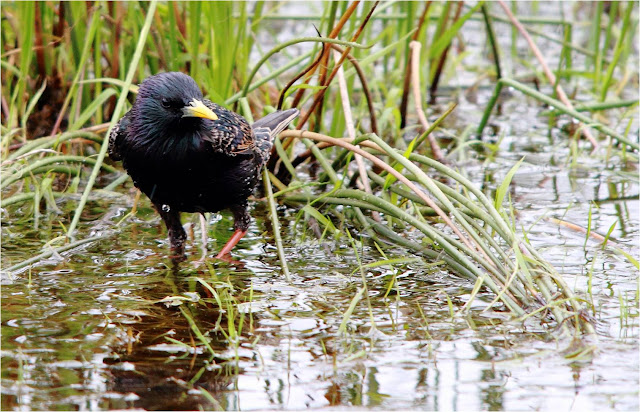 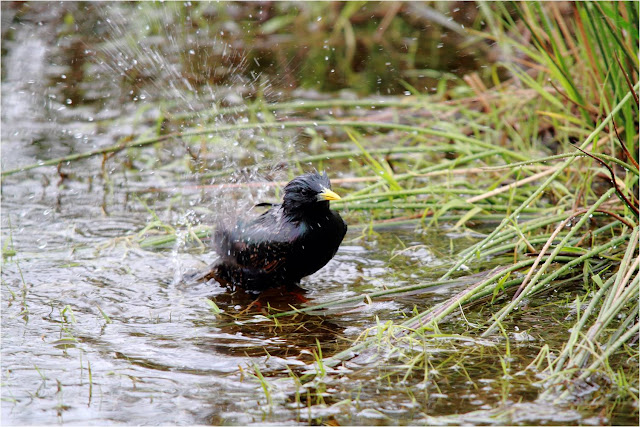 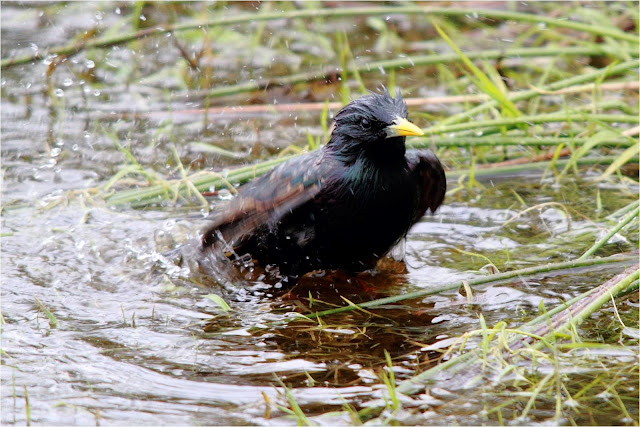