Wigeon on the Henronry Pond

Breezed round the Park and Old Sewage Works for a few hours today and didn't see nearly everything I set out to see, namely Kingfisher, Little Egret, Bullfinch and Water Rail. The Wigeon on Heronry did at least have the decency to still be there though - always a tricky one for a patch yearlist, though in various spells of cold weather last year I did notch up 11, more often than not on the Basin. Only my third visit to the patch this year sadly, and one of those was a quick half hour in Bush Wood. Oh well, it can only get better. Whilst in the OSW I thought I heard Chiffchaff, and was about to devote some time looking for it when I realised than in a few months we would beseiged by them, and my time would be far better spend not seeing a Water Rail again instead. So I went and stood by the end of Perch for a while 'til I got cold, refound the Wigeon again on Heronry, and patch year-ticked Tony "Wigeon-twitcher" B. 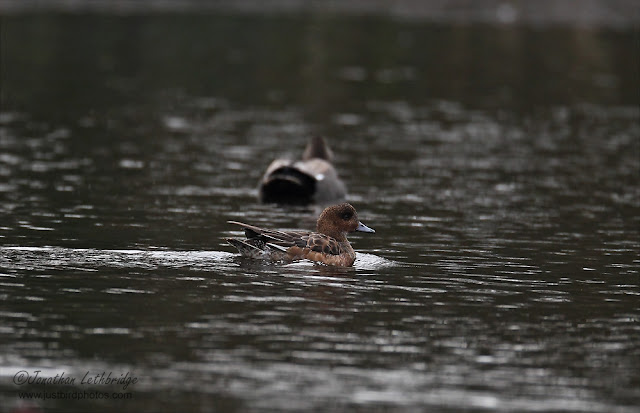