Tomorrow! and failing that maybe the next day! 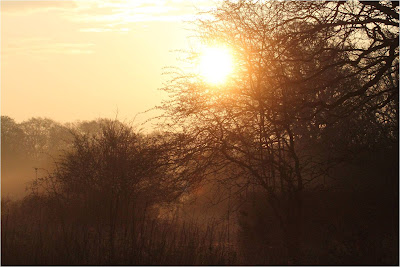 We wait.  That's what we do... ... and then I forget the rest of the Guinness advert from sometime ago.  Rain, it's come at last and with it new hope.  All the good boys have gone to bed early for an almighty effort tomorrow morning (Wednesday).

Maybe we heard a Common Whitethroat today, but it only called once and nothing was seen. So we wait.

A Chiffchaff in the old sewage works has incorporated Great Tit calls and a bit of Coal Tit into its chiffchaff routine.  Interesting!  Perhaps it was one of the winter non-movers who tagged along with the flocks of tits in the woods and learned a few new songs to impress the ladies, or if its the bird that's been chasing Blue Tit through the bushes - it's confused as to it's own identity. Or that's all bollox! 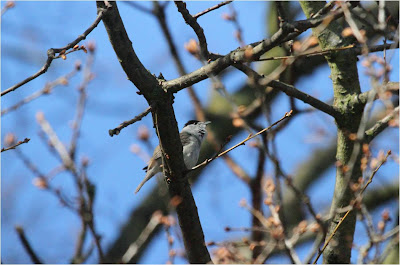 Jonno has returned and is not happy with the Goshawk sightings, I can understand this as so far I have failed to capture any of the birds I've seen, Paul doesn't have a camera and nor did Stuart last year.  Even the big hawk I got on Sunday soaring low over the direction of the basin, eluded my sharp camera work as I tried to get Tim on it instead.  Bugger.  On the other hand I think the massive number of sightings of Goosander lately are fabricated to wind me up.... though that is bollox!

So we wait, for a big dumb hawk to hold still long enough for me to get it in the crosswires, and for all the migrants that are meant to be making Wantsead the best place in London for er, well migrants I guess.

Retire now to your tents and to your dreams.... 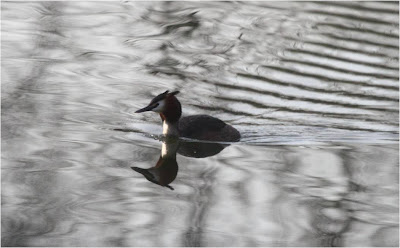