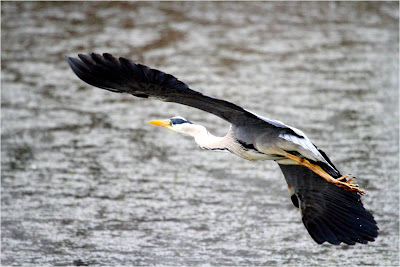 Met up with Harry and Barry this morning so I knew it must be spring.  They'd turned up on the off-chance of getting some Lesser Spot action,  so I gave the latest information.  Then they asked about Wheatear and where they might be found at this time.  I pointed out the barrage balloon ties beyond west copse as a likely place as any for the first birds, but no none had been seen as yet.

Harry had a quick scan of the rough grass between us and the copse.  "There's one there..."

Showed up on my own patch by some visitors.

Texted Jonno with the news.

"Gah!", his response.  He had had no sign of anything earlier that morning, so either these had just popped in or had just woken up.

Tim turned up to twitch.  "Fucking brilliant!" from a man not noted for his swearing. 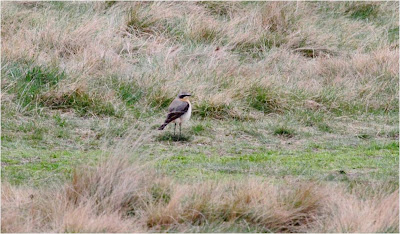 First for London and the most seen in the UK currently at one time in the one place, and that place is Wanstead. Yay! 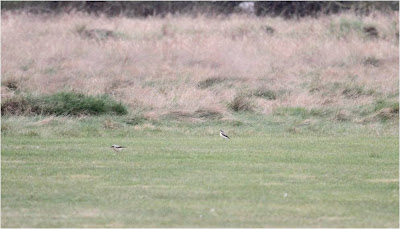 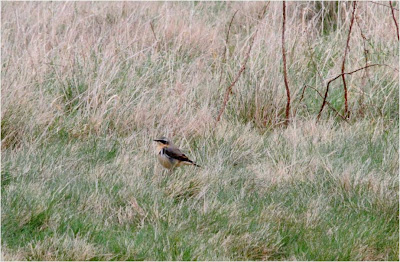 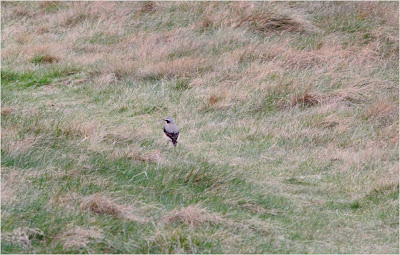