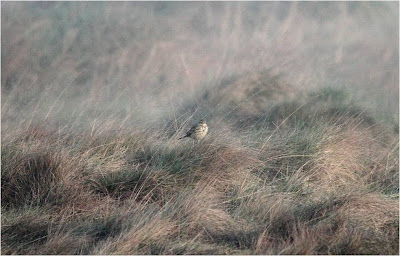 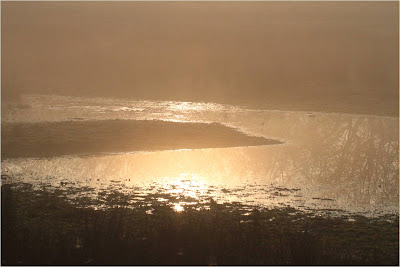 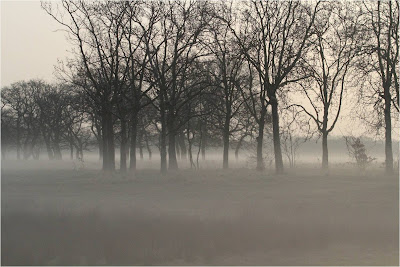 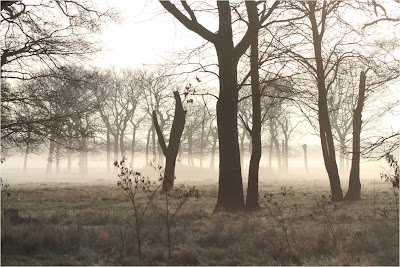 All hail Stevey T, the new "Bird Finder General".  The boy has done it again.  Another day and another duck.  While Jono prepared to set up camp at a good spot for the Lesser Spot, Steve was making his way round the ornamental waters.  While I was seeking refreshment at the Esso Garage (decent coffee and reasonably priced hot food) he sent the message: "Pair of Mandarin in the fortifications".  I was too preoccupied  carrying my comestibles back and had my hands full to notice any text and to add to my load Jono had also introduced walkie-talkies in an effort revolutionise our migrant watching capabilities. So as I walked out of the garage my trousers started taking to me.  Without being able to operate the device I like an idiot talked back. 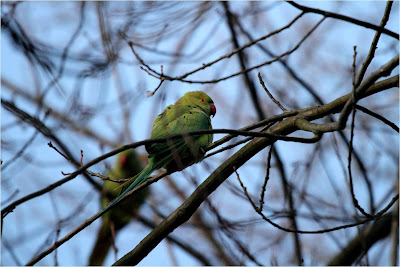 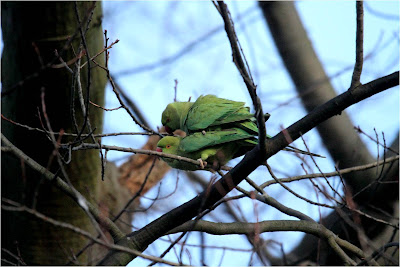 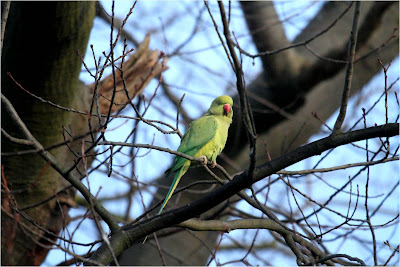 He eats shoots and leaves

Lesser spots next time.  We rushed off to the fortifications, the furthest part of the ornamentals: Mandarin a (mega) patch tick for the Jono and myself, and only the second record of these enigmatic ducks for the site (I dipped the only other record back in Autumn 2010).  We arrived where we thought Steve should be, but not realising the importance of his find he had wandered off.  No sign of the ducks either.  Lucky we'd got the walkie talkies, we split up and waited.  About 2 hours later I got bored with my view and went round to see if the view was any better where Jono was.  It was not looking promising. 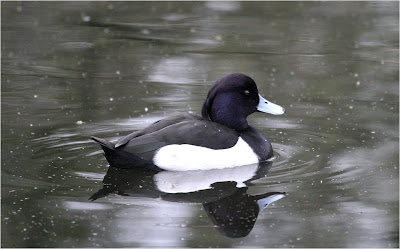 Ten minutes later the two birds swam calmly out into open water, taking us somewhat by surprise.   Several dozen crap shots later we decide to see if we can catch them in the channel I had been staring at earlier.  But they'd disappeared again.  Now if we had a boat... 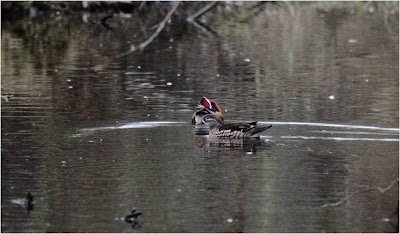 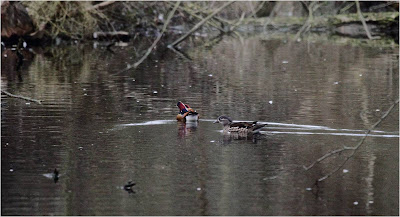 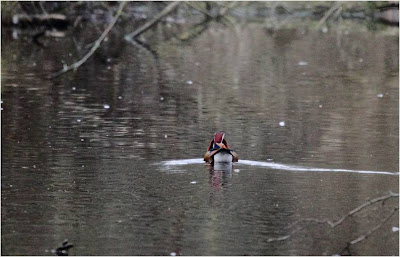 So a pair, hmm?  Spring time! a pair of birds in habitat not a million miles as the crow flies from their Connaught Water stronghold, and sharing striking similarities with their Epping Forest pond.  Could they possibly considering moving in?  I would have been fairly confident about that if a pair had not been recorded at Hainnault today too.  Different birds surely?  Time will tell, if we ever catch up with them again.

Job done though we headed round to the tea shop via the old sewage works.  News from the flats was that Professor Whiteman had scored on the Lesser Spots and had picked up a Buzzard over Capel Point.  Raptor watching was what we had meant to do today (Red Kite over Regents Park), so we got a bit in over a cuppa.  JL picked up a Buzzard to the south and a couple of Sprawks. 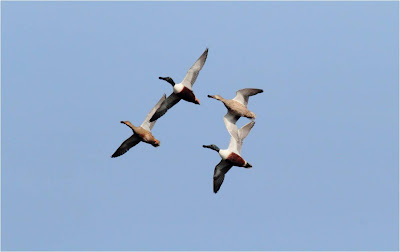 The day though belonged to Steve, who is happily making it a knack of picking up new birds, so we went to the pub to celebrate the Mandies, not forgetting one for the Smew too. 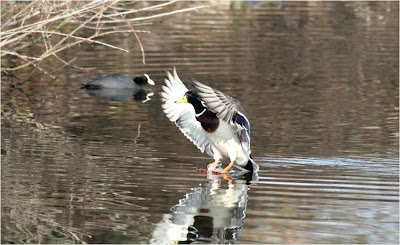