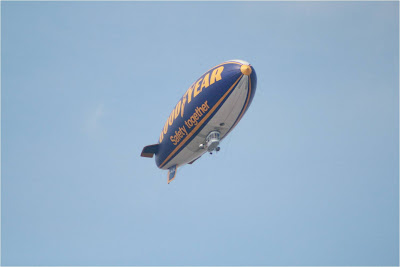 The Goodyear blimp on migration

Nope! didn't quite make it, far too exciting on the flats to spend hours on a train, trundling around displays and showcases, spotting Osprey and generally racking up thousands on my credit card in order to replace my crappy Viking telescope, bins and new camera kit. Might not make it tomorrow either what with the flats being so exciting and all, and the Sub-Alpine re-appearing at Holland Haven and some other yank sandpiper at Titchwell flirting with my affections.

Took a holiday especially to go too! Ah well there's always next year. 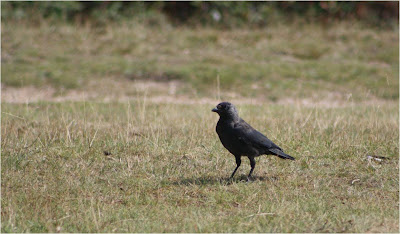 Today the alternate day theory paid dividends again. Slow to get out of bed I wandered down to the flats at around 07:00 reasoning that in the past not much happens before it gets warm barring wader action and I wasn't looking for any of that. It's migration time and that means Long Wood.

The east end is where all the polite action takes place. And so it was today. Warbler mania! At one point it got so busy I texted a rather pathetic appeal for help. Tim obliged, but obviously when he arrived it had all quietened down, somewhat. Lesser and Common Whitethroat, Garden Warbler, Chiffchaff, Blackcap, Willow Warbler mixed in with large numbers of Blue and Great Tit, some Dunnock, Robin and a healthy smattering of Backbird all seemingly on a feeding frenzy of fruit and insects. A Common Redstart moved through the tangle at a the base of a small oak, not to be seen again. How many of each species there were was impossible to fathom as birds would fly in and be swallowed up by the foliage. How many of these birds were resident and how many had dropped in overnight again hard to say. Tim surmises that for every warbler you see there are many behind the scenes that you don't. Wise words indeed.

By 10:00 things had dropped off completely. Where they had all gone to unclear, probably deep in the cool recesses of bramble satiated with their morning's chow down.

By 12:00 even I'd given up. Any thoughts that the same activity might still be going on on the east side of Alex were quickly dispelled. Only Parakeets, bar a few whitethroat and a typing pool of Lessers and Blackcap. Before I left though a Common Tern crazily yanked its way across the sky doing a few circles round Manor Park and disappearing to the south. I was beginning to think I wouldn't get one of these over the flats this year, tick #102. 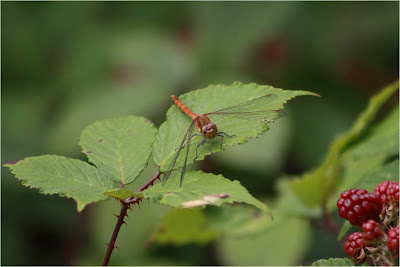 While embibing a coffee at the little tea shop of happiness I met Mike Messenger, who likewise had had a Redstart that morning on the plain. As he talked we followed the flight of a couple of Sand Martin over Heronry when a large raptor broke his train of thought. The Buzzard, free of an escort of crows did a bit of circling and dreamily carried on south and into corvid air space over the flats.

After 12 hours I am sitting by the Shoulder of Mutton checking the cricket scores, tired but content. Then a Kittiwake goes and ruins it all!

How did that happen? I just took a glance at a strangely moving gull moving towards me, it's not a Black-headed, looks like a Common, oh! its got a yellow bill. Oh a Kittiwake! Then gloom. Why?

Patch mega and indeed a first according to our records. No elation. Things like this need to be shared, even if its to scream down the phone at Jonathan "F***ING KITTIWAKE!" several times loudly. But he's in Scotland and texting just doesn't cover it. Or a host of other reasons. Fucking Kittiwake!

Apologies to all Kittiwakes everywhere you are undoubtedly a beautiful bird 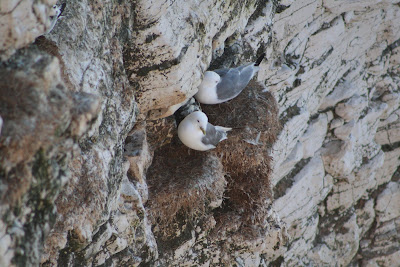 A Kittiwake not flying over Wanstead Park; for illustrative purposes. 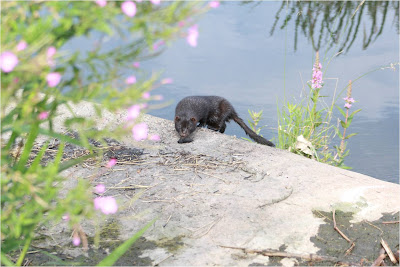 Could that be otter spraint? 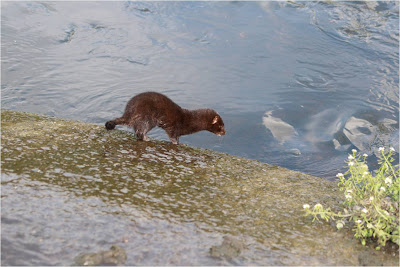 You wouldn't know anything about the disappearance of a large number of Coot, some Egyptian Goose chicks and a pair of Great Crested Grebe, would you? 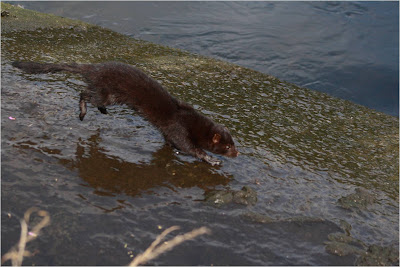 My little furry friend your days are numbered... ... here's hoping